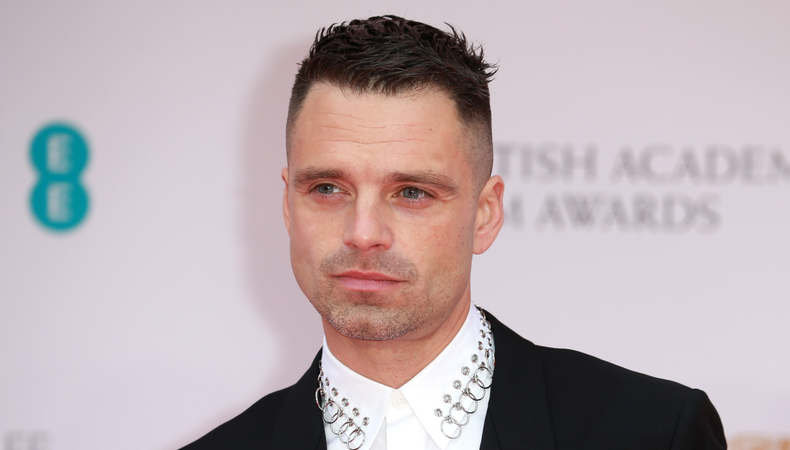 In the Envelope: The Actor’s Podcast · Sebastian Stan

Sebastian Stan still remembers the piece of acting school advice that followed him into every audition, meeting, and role: “Bring the day with you.”

“You’re on the subway, you’re running late,” the actor posits on his In the Envelope episode. “You’re trying to get to the audition, and then someone bumps into you and spills your coffee. You’re pissed off, but then you get to the audition, and you’re trying to make a good impression? You might as well just own the day and go in with it. At least then, you’re starting from an honest place.”

Stan has “brought his day” to every performance he’s ever touched, pouring at least some of his current circumstances into the character—no matter how unlike himself that person may be. He’s spent the last few years establishing himself as a ferocious character actor by exploring the darkest parts of his onscreen personae—whether it’s in the grimy world of undercover cops in “Destroyer” or the backwoods corruption of “The Devil All the Time.”

More recently, he paired a stint playing real-life rocker Tommy Lee on Hulu’s “Pam & Tommy” with his turn as a charming man who happens to sell human meat in the stomach-churning “Fresh.” His work on all these roles, Stan says, was done “as a means of raising questions,” both about himself and the way he perceives the world. “Sometimes, uncomfortable questions,” he adds with a laugh.

But how does he bring his day to his most high-profile gig? You may have heard of it: Bucky Barnes, aka the Winter Soldier, a superhero in the Marvel Cinematic Universe, which is home to some of the most successful box office hits of all time. The MCU has been a constant in Stan’s career since he first appeared in 2011’s “Captain America: The First Avenger.” His 11-year run has seen him reprise the role nine times and counting, most recently on Disney+’s “The Falcon and the Winter Soldier.”

“It's just a bigger version of what we started with,” he says. “[After] 10 years, you bring your life with you. When you play the character for that long, it’s inevitable. The character will grow as you’re growing. You can see that with a lot of the characters in the Marvel world—that they’ve shifted in certain ways as the actors have shifted as well.”

Has he thought about what it will mean for him both personally and artistically when—hypothetically, of course—Bucky is no longer there for him to go back to? “I have and I haven’t,” Stan says, pausing the way any MCU actor does when asked about future plans that haven’t already been thrice-confirmed.

“I think it will be weird, for sure. It is weird already,” he continues. “It’s weird every time, because every time, it could be an ending; and you treat it like an ending. It's always going to be about: What else is there to explore with that character? That’s not to say I don’t have certain things that I’d like to explore or certain things that I’d like to see more of. I do feel like there’s a lot left there to still unpack.”

For now, Stan will continue to juggle his franchise work with an eclectic smaller-scale slate that allows him to let loose. That includes stepping into the tattooed skin of Mötley Crüe drummer Lee, an experience that challenged Stan to find the “character” in a flesh-and-blood human being. “If I went into every scene thinking of him as a real person that existed, I just would never have been able to do the job,” he says.

To play the volatile musician, Stan looked for the essence of the man. He sought to create not a full-on impression, but rather an adaptation of Lee’s traits—the quirks, the manic energy, the small tics. The result is an onscreen whirlwind, but it never stopped being a cerebral exercise for Stan.

“I don't believe in creating chaos for the purposes of [acting],” he says. “There are a lot of people who do that—create chaos on set, or chaos [with] the other people that they’re working with, in order to give the scene this tension or whatever. To me, that just reads like a very irresponsible, narcissistic, kind of self-indulgent thing. It just reads like: ‘I’m afraid, and I just want to torture everyone else because of it.’ ”

It goes back to that original piece of advice. Whether you’re playing an Avenger, a drummer, or a charismatic cannibal, you always bring a bit of your day to set—and you learn to work with it.

“You’re always thinking about the character or scene as you’re shooting it, and [the character] can come at you in different ways,” Stan says. “But the ‘you’—whoever that may be—has to be there guiding it a little bit. Otherwise, you’re just kind of a tornado.”

Listen and subscribe to In the Envelope to hear our full conversation with Stan: