The Secret to Being Memorable on Camera 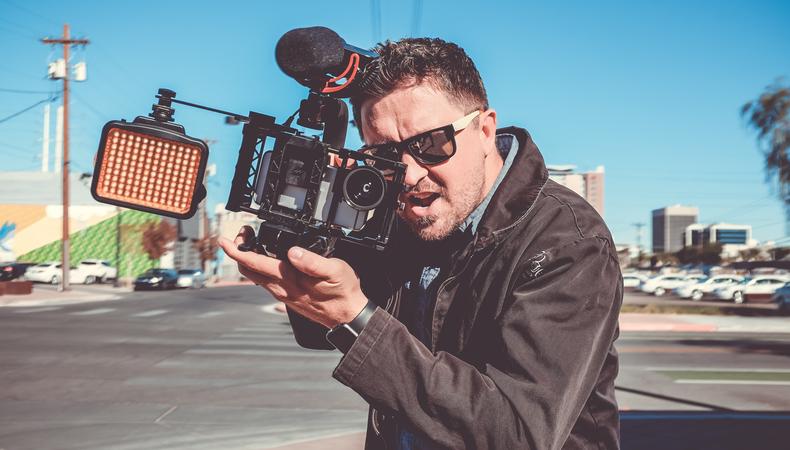 Whenever I’m working with an actor on-camera, I always start by asking the actor to tell me about his or her character. In response, I usually receive a very thorough analysis of the story, the key relationships in the story, the history of the main characters, and a list of emotional and psychological factors playing on the actor’s character during the scene. After all that, I still wouldn’t recognize the actor’s character if I bumped into him or her in a closet.

The greatest myth of character creation is that you are the character and the character is you. Actors are taught to approach characters this way for the purpose of responding honestly and without prejudice as they play the scene, something they see as great acting. However, all of their great acting is wasted because it’s not happening to a recognizable human—it’s happening to an actor. What’s the difference between humans and actors? Humans are defined by their limitations. Actors are defined by their limitless possibilities.

On-camera, limitless possibilities translate as general. Human limitations translate as a clearly-defined character. Human beings, and therefore characters, are defined by their prejudices which limit the ways they see and respond to the world. Watching a limited human being or character clash with the world is what makes a story interesting. The “you are the character and the character is you” approach would actually work if actors isolated specific qualities or character traits (or character limitations if you will) that they themselves possess and let those specific qualities dictate how they play the entire scene.

After you have a clearly defined character that the camera and the audience would recognize whether they were witnessing the character in the middle of a heart-wrenching breakup scene or ordering coffee at Starbucks, then you can create all of the emotional and psychological factors playing on your character during the scene, and we will appreciate your great acting because we will see it happening to a fellow, recognizable, human being. That’s what is meant when someone says she or he identifies with a character. It means the person recognizes the character as a fellow human being and, therefore, can feel empathy for the character.

Oh, and, do you want to know how to describe your character with the result being that he or she will be memorable on camera? Describe your character as you would describe a friend whom the rest of us are going to meet at a party before you arrive in such a way that we recognize the person as soon he or she walks into the room and starts talking..

John Swanbeck
John Swanbeck is an author, columnist, speaker, creator, and publisher of CleverActorTips and Chief Creative Officer of BlueSwanFilms. He is a renowned director and teacher of actors, directed the existential comedy “The Big Kahuna” starring Kevin Spacey and Danny DeVito, and has packaged his best original techniques into the much-acclaimed book, “How To Steal The Scene & End Up Playing The Lead,” available on Amazon & iTunes.
END_OF_DOCUMENT_TOKEN_TO_BE_REPLACED