1 Secret That Will Save Your Voice 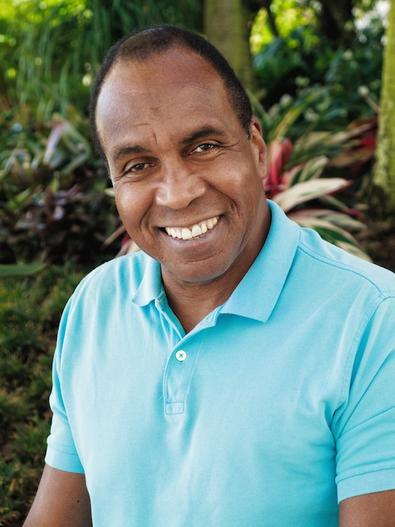 While this is not necessarily a secret to those in certain medical specialties, it is something that is not often discussed by teachers and coaches for singers and speakers. That secret is the involvement of the swallowing muscles while producing sound.

I personally suffered from this condition for years, and it took such a toll on my voice. I would get hoarse or completely lose my voice after just an hour-long show. I could never rely on being able to do two shows in a row or on consecutive days. I then went on a search to discover the reason for this and ways to correct it. I started first by seeing several doctors, specifically an ear, nose, and throat specialist. (I always advise my clients to seek medical examination first to be sure there is not some chronic condition or disease occurring, and also to make sure there hasn’t been damage already caused by improper technique.)

When I received a clear medical bill of health, I knew that the problem was physical, meaning that there was something I was doing that was causing the problem. I knew this was occurring because, along with getting hoarse consistently, I was also losing my range and becoming physically exhausted when I attempted to sing.

I then sought out the guidance of many different vocal coaches and came upon one who addressed the issue. Then I went on a quest to study it. I began to find information from various institutions in the library and on the Internet, discussing the issues of voice disorders and the swallowing muscles.

After I had gained a fair amount of knowledge of the condition, I was given a particular vocal exercise from one coach that made all the difference in the world. Now, because I had been using these habits for quite a while—possibly all of my life—I knew it would take some time to change these habits, and that is what I set out to accomplish.

Coincidentally, there were several other physical conditions I had experienced previously that began to either become less or go away completely. I had recurring tonsillitis and was advised to have my tonsils removed. Knowing that many adults experienced complications from this procedure, I decided not to have them removed. But after changing my technique, I have never had another occurrence. I also experienced heartburn, acid reflux, belching, burping, etc., which have all been mitigated. While I am not a doctor and cannot scientifically state that changing my technique caused all of this, I also don’t think it was all coincidental. It has now been more than 25 years, and I have more vocal range than I did before, and have never experienced hoarseness or losing my voice. This was truly a lifesaver for me, and I have had the delight of having many of my clients experience the same results. It does take time and diligence, but the reward is immeasurable.

So here it is: The big secret is to stop your swallowing muscles from coming down, engaging, or interfering with your sound production while singing or speaking.

First become aware of exactly where the swallowing muscles are located. Place your thumb under your jaw in the center and then swallow. You will feel those muscles push down. If you have difficulty locating them, open your mouth and do an exaggerated yawn. You will definitely notice them, as well as how your air is stopped during the yawn. This is why, when those muscles are working, they will block your air and cause you to push to attempt to create sound. This is what leads to the hoarseness as well as the exhaustion while singing or speaking.

It would also be a good idea for you to know how much you are using those muscles while speaking. Place your thumb in the same position under the jaw and then just read something aloud. You might be surprised to feel how much movement is occurring, especially if you are someone who has experienced many of the conditions mentioned above.

Here is a little exercise to begin to change this habit. Place your thumbs under your jaw where you know those muscles are located, and close your mouth and keep it closed as you attempt to read the same thing. You are somewhat becoming a ventriloquist. This will not sound great as you are doing it, but do it over and over until you can speak all the words without those muscles coming down. Squint your face, or make a little smile until you don’t feel those muscles coming down. Now after you have done it for a bit, go back to speaking normally and you will immediately begin to notice more clarity and projection from your voice. You can repeat this over and over until you completely retrain your body.

The accompanying short video will give you some tips to get you on your way to better vocal health.

To your vocal health!

Roger Burnley
Roger Burnley has been a vocal coach for more than 25 years. Burnley created the online singing training program, “Singing Made Simple,” which has been used by thousands of singers all over the world and has enabled them to develop into amazing vocalists.
END_OF_DOCUMENT_TOKEN_TO_BE_REPLACED