6 Secrets to Building an Acting Career from Michael Emerson 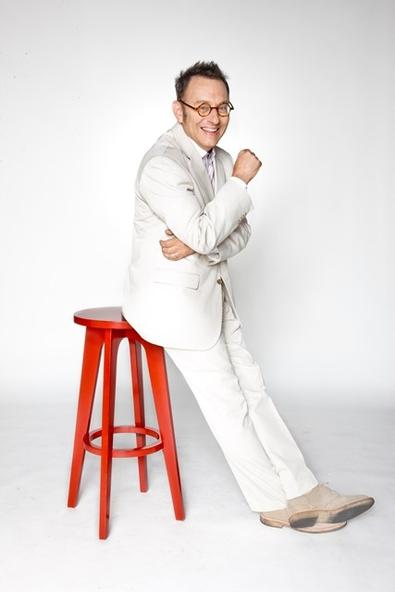 Theater and screen actor Michael Emerson may have uncovered the mystery to success: There is no right way. “This is one of those tricky businesses where there are a lot of intangibles and a lot of different ways of going about it.” His career may not have taken off until his 40s, but he’s making up for lost time with back-to-back TV hits: first as Ben, the memorable leader of the Others on “Lost,” and now as the mysterious billionaire Harold Finch on “Person of Interest.”

Emerson didn’t want to jump in to just any show after “Lost”—he wanted the right show. So when the pilot he and “Lost” co-star Terry O’Quinn were developing with Bad Robot was put on hold, Emerson was ready to consider other Bad Robot projects. “I didn’t want to jump into anything too soon. I also didn’t want years to go by before I showed my face again.” When he read the script for “Person of Interest,” the intelligent, fast-paced writing, and mysterious, multi-layered, complex characters erased any reservations he may have had about returning to TV.

Emerson shares how to create characters you want to watch and how to navigate career delays.

Training is never a waste.
Emerson says that despite the long road, “I don’t regret a moment of my stage training;” it not only taught him how to create character and deliver lines, but also provided the opportunity to develop a strong work ethic. In Emerson’s mind, the actor’s main responsibility is to deliver the words. “A lot of my work is analyzing, analyzing, analyzing the script, the text I’ve been given, the lines I have to say and thinking how they best work…how they are most real, but also the most stylized or artful.”

Learn to roll with the punches.
With little information to go on for either of his TV shows, Emerson learned to just roll with the story. “In a way it’s better if you’re not too aware of the longer arc or where things are going, because then you might begin to play [in] things prematurely or you might start trying to steer things in certain ways.” So he focuses on staying in the present. “Which is a funny thing to say since I’m on shows that are always bouncing around between the past and the future. That to me, particularly on ‘Lost,’ was the best way for me to negotiate all that inter-dimensionality: flashing forward, sideways, and back all the time.”

Mystery is good.
Emerson has played a number of mysterious characters in his career and his role as Harold on “Person of Interest” is no exception. He likes keeping the emotions hidden in layers. “I really do subscribe to mystery. The actors I like best are those who I just cannot figure out or sometimes I just can’t figure out the way they talk or why they talk that way. It makes me listen.”

Keep the stakes high.
Emerson is a master at intense scenes. “I like scenes where I’m in a very still, small space with someone very dangerous and there’s a bit of cat and mouse going on. We’re trying to read each other but the stakes are terribly high, like playing chess with Enrico Colantoni when he was our villain.”

Leave your comfort zone.
Emerson has excelled in many physical scenes that forced him out of his safety zone, like some of the high-speed car chase scenes and even handling weapons. But ironically, one of his most challenging moments was his first on-screen kiss. Luckily it was with his real-life wife, Carrie Preston, who plays Grace the love of his life (and the one who got away) on the show.

Don’t be desperate.
“The thing to get rid of is that you are the beggar at the gate, that you are the powerless and helpless eager youngster wanting a crumb from the big table,” Emerson says. “It’s a bad mindset and it doesn’t help you to audition well.” Confidence is important: “At some point, you have to empower yourself and say ‘You know what, I’m good at this.’”

Melinda Loewenstein
Prior to joining the Backstage team, Melinda worked for Baseline StudioSystem tracking TV development. When she's not working, she enjoys cuddling with her cats while obsessively watching every television show to ever air.
END_OF_DOCUMENT_TOKEN_TO_BE_REPLACED