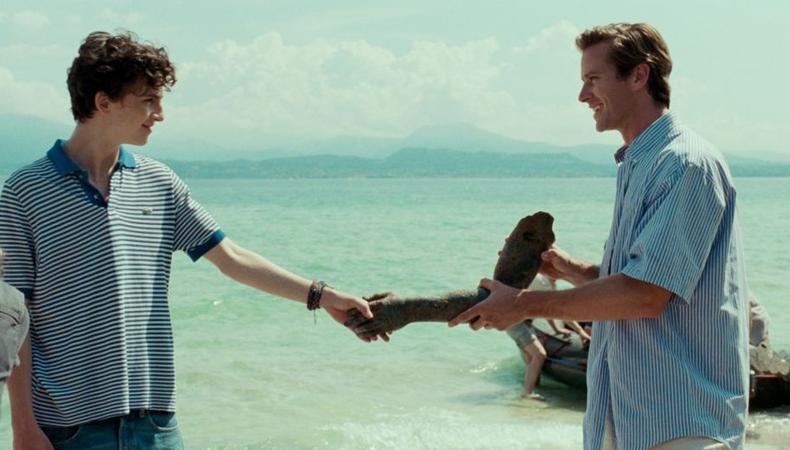 Photo Source: Courtesy Neon - Timothée Chalamet and Armie Hammer in “Call Me by Your Name”

Call him by his annotated scripts.
James Ivory, the celebrated director, producer, and writer has donated an annotated collection of his various works to the Morgan Library & Museum—and you can lay your very own eyes on them. Morgan most recently made history by becoming the oldest screenwriter to win an Academy Award for his “Call Me by Your Name” script and will see his work displayed beginning June 26 through Oct. 28. ($20)

Celebrate the High School Tony Awards.
At this moment, dozens of high school students from across the country have descended upon New York City, which can only mean it’s time again for The National High School Musical Theatre Awards. Affectionately called the Jimmy Awards after James M. Nederlander, the annual ceremony—now in its tenth year—recognizes student achievements in theater, with competition taking place in real time throughout the evening. This year’s event on June 25 will be hosted by Tony Award winner Laura Benanti, and see a record 80 young participants vying for Jimmys gold. The show will be held at Broadway’s Minskoff Theatre. Tickets for the event have sold out, but you can check out the live stream of the ceremony on the Jimmy Awards Facebook page!

Becca Blackwell’s back.
Following a sold-out show this past February, trans performer and writer Becca Blackwell will return to the stage of Joe’s Pub for two raucous nights of “They, Themself and Schmerm.” With shows on both June 24 (Gay Pride Day in NYC!) and June 26, audiences can expect a mix of autobiography, raunchy stand-up and, yes, some good-natured audience participation. ($20)

Say “Sup” IRL.
Speaking of Miss Laura Benanti, she has a busy week ahead; the night after hosting the Jimmys, she will be a guest on the live, dual recordings of “The Sup” and “Everyone’s Gay,” two of the podcasts spawned from the popular website Betches. Held on June 26 at PUBLIC Arts, Benanti will also be joined by Dylan Marron, comedian Chris Burns, and others. ($15)

Keep your promises, promises.
In another one of its talent-packed presentations, the Transport Group will produce a one-night-onlyy concert production of “Promises, Promises,” held this time on June 25 at the Merkin Concert Hall. The cast will include “Crazy Ex-Girlfriend” stars Donna Lynne Champlin and Santino Fontana, “The Band’s Visit” star John Cariani, Marc Kudisch, Tally Sessions, Ali Stroker, and others, with direction courtesy of Jack Cummings III. (Tickets start at $55)

Ready to get in on the action? Check out Backstage’s NYC audition listings!

Casey Mink
Casey Mink is the senior staff writer at Backstage. When she's not writing about television, film, or theater, she is definitely somewhere watching it.
END_OF_DOCUMENT_TOKEN_TO_BE_REPLACED