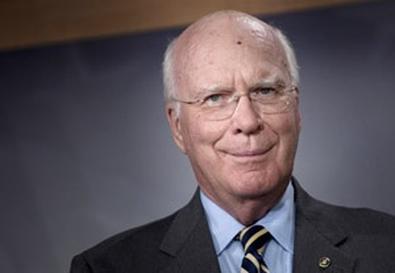 The Senate Judiciary Committee approved legislation today aimed at cracking down on Internet piracy. In a unanimous vote, the committee recommended that S. 3804, the Combating Online Infringement and Counterfeits Act, be considered and approved by the full Senate.

The bill—introduced by the committee chairman, Sen. Patrick Leahy, D-Vt.—would empower the Justice Department to monitor and shut down so-called rogue websites that make pirated content available to visitors. The Screen Actors Guild and the American Federation of Television and Radio Artists were among four entertainment-industry unions that issued a joint statement later in the day praising the committee.

“We believe today’s committee action is the first step in making it much more difficult for rogue site operators to run their sites with impunity,” the statement—which was also signed by the Directors Guild of America and the International Alliance of Theatrical Stage Employees—read. “We will continue to wholeheartedly support efforts such as this legislation that protect our members’ unique and essential contributions to American culture.”

Seventeen senators, both Democrats and Republicans, have co-sponsored the bill. But open-Internet advocates have decried the legislation as flawed and potentially dangerous. In a letter sent to the committee in September, 87 high-profile Internet engineers labeled the bill a “censorship scheme,” calling it “particularly egregious.”