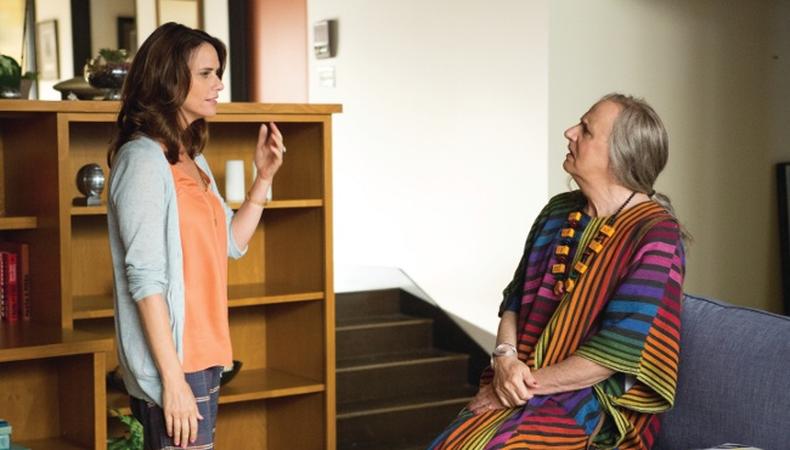 “Black Mirror”
Now that “The Twilight Zone” has been on Netflix streaming for years, you’ve probably already binged on it. (If you haven’t, go do that and ignore what I’m about to advise.) But if you’re hungry for more slightly off tales of the human condition, please immediately watch an episode of British anthology series “Black Mirror.” Darkly comic and often heartbreaking, “Black Mirror” conjures up a not-very-distant future where technology hasn’t yet destroyed us but Armageddon is fast approaching. Whether it’s a service that allows one to remain in touch with dead loved ones or an implant that records every moment of your life and allows you to replay them instantly, this is a world in which technology more often than not eviscerates people emotionally. So queue up an episode or two on your Apple TV. Or iPad. Or smartphone. And ignore the inherent irony in your choice of streaming device. —Mark Peikert

“The Good Wife”
This was the year that I gave up my social life as I knew it. I traded in my friends for new ones, and my new pals and I spent countless hours sitting in my living room getting to know one another. Alicia Florrick went back to work as a lawyer, and I could not be more proud of her. She also stood up to her deadbeat husband, Peter, who I always said was walking all over her. But we’d get together, the whole gang—Cary Agos, Will Gardner, Diane Lockhart, Kalinda Sharma, Eli Gold, and Alicia—and I, and we’d drink red wine. Yes, 2014 was good to me; it was the year I binge-watched “The Good Wife.” Free for Amazon Prime members is every “Good Wife” episode you’ll ever need. I like to pair my “Good Wife” binges with a nice pinot noir, but if you’re stuck in the airport, a semiflat Budweiser will do. —Rebecca Strassberg

“Mozart in the Jungle”
There are few things I love more than watching the facade of poise dismantled by ego, sex, drugs, and general debauchery. “Mozart in the Jungle” is a gem of a show streaming on Amazon Instant Video beginning Dec. 23 that pushes all the onstage elegance of a fictional New York City symphony to the forefront, then picks it apart through the wildly entertaining, often tactless offstage lives of the artists. The contrast between the professional and the personal isn’t revolutionary, but you’d be ill-advised to pass up the chance to see Gael García Bernal as Rodrigo, an eccentric but genius symphony conductor, or Saffron Burrows as a cellist who can tell what instruments men play by the way they make love. Need some extra reasons? Oscar nominee Paul Weitz is directing and Jason Schwartzman and Roman Coppola are executive producing. Expect a Schwartzman cameo! —Briana Rodriguez

“Transparent”
It’s hard to explain why “Transparent,” the critical darling of Amazon Studios’ bid for online content supremacy, makes for binge-worthy television. There’s nothing showy or sitcom-y about its dysfunctional Jewish family living and lounging in L.A. With very few comedic hijinks, creator Jill Soloway pulls you so far in you may start feeling introspective. For anyone who’s ever suffered identity crises big or small, this show will resonate, thanks largely to its refreshingly naturalistic dialogue. Gaby Hoffmann, Jay Duplass, and Amy Landecker wholly inhabit their blasé, often ridiculously selfish characters, and Judith Light beguiles as their long-suffering mother. But it’s Jeffrey Tambor’s extraordinary turn as Maura, a transgender person finding the courage to come out, that gives the show its gentle, beating heart. —Jack Smart