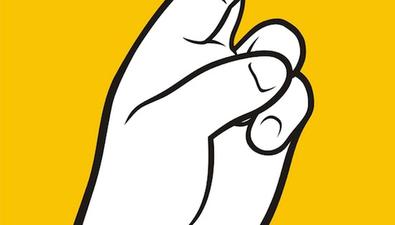 There’s no denying it: Actors are a superstitious bunch, and there are plenty of theater myths to prove it. Maybe it’s the (obvious) flair for the dramatic, the nightly thrill of live performance, or the awareness that careers can turn overnight. Regardless of the cause, here are nine fun (and serious) theater superstitions that thespians swear by. Did somebody just say “Macbeth?”

Where Does “Break a Leg” Come From?

Well-wishers should always replace the phrase “good luck” with its theatrical substitute “break a leg.” According to Steppenwolf Theatre Company, the saying has a variety of possible origins. It may come from the ancient Greek practice of stomping feet instead of applauding, the Elizabethan term for bowing (to break the leg), the Vaudevillian practice of keeping actors just barely offstage (to break the leg of the curtain was to enter the playing space, and thus, get paid), or from understudies (jokingly) wishing actors would “break a leg” so that their standbys could perform.

What is the Ghost Light Superstition?

Actors are notoriously aware of the spirits among us; the ghost of Thespis (the first known actor in ancient Greece) is said to wreak havoc upon theaters all over the world. The ghost light tradition—leaving a single lit bulb upstage center when the theater is empty—is meant to ward off these mischievous specters. In a more practical sense, it allows the stage managers, crew members, and actors to find the light switch when entering a vacant theater so that they don’t break their necks while crossing the totally dark stage.

Why Should You Never Say "Macbeth" in a Theater?

This has long been part of the actor’s folklore, and there are dozens of theories about when, where, and why performers started avoiding the play’s title—instead referring to the drama as “The Scottish Play.” There are several instances of mysterious and sudden deaths during performances of “Macbeth,” suggesting a curse that dates back to the 17th century. Some believe that the play’s fictional incantations—“Double, double toil and trouble…” etc.,—are authentic examples of witchcraft, and therein lies the danger of speaking the title out loud. If an actor slips up and says the deadly phrase, there is an antidote: Exit the theater, spin three times, spit, and utter a Shakespearean insult (or an equally vulgar profanity).

Wishful thinking or not, many stage actors swear that a bad dress rehearsal portends a great opening night. This superstition’s origins are unclear, maybe a producer or director trying to boost a cast’s morale, but it’s a comforting concept when the final dress goes south.

The "No Wearing Blue" Theater Superstition

This traditional superstition may be less adhered to in modern times, but it has its practical roots in early theatrical costuming. Blue was the most expensive colored dye, and blue garments were put on stage at failing companies to trick the audience into thinking the producers were affluent. How to combat this indigo stigma? Add something silver to “prove” your wealth, and counter-balance the bad-luck-bearing shade.

These banned items are said to cause forgotten lines, broken set pieces, and more live-performance disasters. The “evil eye” of the peacock feather is blamed for cursing numerous productions, while mirrors are likely called “bad luck” because they interfere with the lights. As for real money and jewelry? These were originally discouraged in an attempt to prevent prop-table thievery.

Why is Whistling in a Theater Bad Luck?

This seemingly silly rule actually has its roots in safety; in the early days of large-scale stage productions, backstage crews were composed of off-duty sailors using their hard-earned rigging skills to manipulate the sets and curtains. Just as they would on a large sea vessel, the crews communicated with each other through a series of coded whistles. This meant that an oblivious actor strolling through the stage and whistling a show tune could (inadvertently) prompt a stagehand to lower a light or set piece onto his poor unassuming head.

Sleep With Your Script Under Your Pillow

Can sleeping with a script under your pillow help you learn your lines faster? Science says no, but theatrical superstition says yes! The practice is said to help actors learn “by diffusion,” but we suggest you hedge your bets and memorize lines the old-fashioned way.

Flowers After a Theater Performance

Who doesn’t love getting (and giving) a beautiful bouquet at a performance or recital? But old school actors require their flowers after the curtain call—not before—claiming that a gift prior to the start causes a lackluster show.