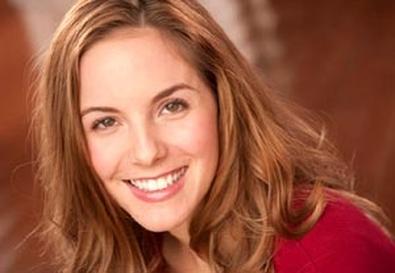 As I drove up to the studio the day of the audition, I was impressed. The call was at a studio in West Hollywood I had never seen or heard of before—and it was huge. Big ivy-covered walls and everything, like a miniature Warner Brothers. I couldn't believe I had spent all this time in Los Angeles and never been here.

I had two auditions for paying gigs that day. I was in my senior year of college, but I had no classes on Fridays. I lived for days like this. Finally, a taste of the real world!

Especially exciting was the first audition: An untitled, Shakespeare-themed indie film that would use a variety of characters and stories from his different plays. All of this aimed at a young-adult audience.

The whole concept seemed funky, too: The producers told me they wanted to hear a "more contemporary" British monologue first, then they would provide Shakespearean sides to see how you read.

As I parked in the garage and pulled out my audition binder, I was pumped. And I couldn't help but feel a little glamorous. I found the building (thanks to the trusty map given to me by the garage attendant), and walked into the holding room feeling completely validated. These were the kinds of gigs for which I was meant to audition.

I waited only briefly before they called me in, trying to learn the cold sides—Rosalind and Touchstone—while simultaneously reciting my monologue in my head. I had chosen Ruth from "Blithe Spirit," pretty much because it was the only British-dialect monologue I already knew that wasn't classical. Before I knew it, I was whisked into the room.

Four people sat behind a fold-out table against the far wall. A tripod had been set up in the middle of the room, and an old blue couch had been pushed off to the side. Light spilled in from large windows behind the casting director's head, and outside everything was leafy trees and sunshine.

Handing off my headshot and resume to the nearest person, I shot the camera my best smile. Then I slated and went through my monologue. If who know "Blithe Spirit," it was the speech in which Ruth rips her husband a new one and then storms off hollering about the Archbishop of Canterbury.

"That was great!" said the dark-haired producer. But the director wanted to hear it again, this time with a few notes. Awesome.

"Now this time, let's see if you can bring the monologue to a greater... climax."

Sounded easy enough. I went through it again, and made the whole thing bigger. Erratically bigger. "I've been doing MY LEVEL BEST to control MYSELF ever since YESTERDAY MORNING..." Yikes.

I must have looked like a hopeful puppy by the time I finished, gazing up at them intently, waiting. The director cleared his throat.

That was odd, I thought. Ruth is very clearly pissed off. How do you make a line like "I've been making polite conversation all through dinner last night and breakfast and lunch today" sound like you're in ecstasy?

But like a diligent little actor I started once more—I don't even know what I tried to make it like that time—and a line or two in he stopped me again.

"You know what? Let's forget the monologue. Just moan. Can you moan?"

My stomach dropped to the bottom of my gut. There was no way I could shake off the sour feeling that something wasn't right with that direction.

"Um, I think you need to tell me a little bit more about the production," I stammered.

"Well first, what do you know about it?" the director asked. I reiterated what I had read in the breakdown—untitled Shakespeare project using a bunch of different characters, young adult audience, yadda yadda yadda. The director smiled and nodded empathically.

And that was when I noticed it behind him, pushed up against the wall like a deadly blue iceberg: the couch. A casting couch! I imagined.

The next few minutes are a blur to me. I remember I snatched my headshot and resume right out of his hands. I didn't want them to have any means of getting in touch with me—ever.

Then, with the calm of someone who has just shat their pants and doesn't want anyone to notice, I gathered my belongings in the holding room. Two actors sat nearby, going over the sides together. "I wonder if they know," I thought. I didn't stick around to find out.

Once outside, I ran out to my car, drove past the friendly security guard and back towards the suddenly welcoming streets of downtown.

As I inched along on the 101, my fingers shook as I dialed the contact number for my second audition. I left a disoriented message for the producer, telling him "something came up" and I would have to cancel. The audition had been for a hostess spot on the G-4 network. Most definitely something that would not have ended up requiring me to suck some Shakespearean codpiece, but I was too terror-stricken to even consider going. I was convinced, at the time, that they would ask me to do something foul too.

Arriving back at my roach-infested apartment, I double-locked the door and climbed into bed. There I remained for the rest of the day, rocking back and forth, leaving only to get ice cream bars out of the freezer. My... worst... nightmare had come true.

And I had always considered myself so discerning when I looked over casting notices. Somewhere along the line I missed the memo that pornography shoots everywhere, and they don't always put the usual red-flags (i.e., "nudity," "open minded," "willing to experiment," etc.) in the breakdowns.

The effect of that audition lasted much longer than, at first, I ever even realized.

Where I had already been somewhat frustrated and self-conscious with myself as an actor; I became full-blown neurotic and depressed. Since that morning, I could only see the depraved in anything I did. And like a war veteran stricken with Post-Traumatic Stress Disorder, it came out in strange ways.

In my Acting for Film class, a talented young film student cast me opposite one of the strongest actresses in the class. The scene was from the acclaimed "Sex, Lies, and Videotape." Where I should have been thrilled, the only thing I saw when I looked down at the lines was that my character talked about m-a-s-t-u-r-b-a-t-i-n-g.

Embarrassed beyond belief—but too ashamed to tell anyone—I spent the whole shoot nervously eating the prop candy and trying to avoid eye contact.

During this time I had the great fortune to intern in script development at a major movie studio. Unfortunately for me, I suddenly could no longer see the screenplays for what they were—only for what I was afraid of.

"What did you think of that script?" my boss would ask me. "Well it was certainly commercial," I would snap, as though "commercial" had become synonymous with "repugnant." As I read, I didn't see harmless popcorn movies about college kids—I saw horrific and unnecessary displays of titties.

It took me a while to even figure out that my newfound distaste for sensuality was connected to that fateful audition.

About to graduate, I was desperate to throw myself into some real Art, with a capital A. But since that morning, sex was everywhere I tried to find absolution. And nagging away at the back of my mind was the worst knowledge of all: They had me on tape.

Perhaps it's no surprise that a few months after graduation I hied it back East and settled into the New York City struggling actor life. It's where I'm from, it's what I'm used to, and—knock on wood—I'm starting to get some fairly steady work.

It was at least six months before I could tell anyone about what had happened in that audition. I guess it was kind of like getting over a break up; you just start to dwell on it less and less each day. One day I woke up and realized the casting websites didn't make me want to puke anymore. Now, a couple years later, it's just a funny story I use to one-up people. ("You think you had a bad audition, well...")

I recently went back to Los Angeles for the first time since I left. Not to live, but to visit the people and places that did resonate well for me.

I steered clear of West Hollywood. Actually I spent lot of time in the Valley. And you know what? I had a fantastic time.

But I believe that, eventually, this business will take me back to West Hollywood. Could be an audition, a shooting date, a party. And I can only hope I don't see that building with ivy-covered walls.

Heather Gault is an actress and writer based out of New York City. Most recently, she was seen on stage at the Surflight Theatre in Beach Haven, NJ. Heather produced and directed her first original play, "Stroller Wars," as part of the Strawberry One-Act Festival last summer in New York City. Next up she will be traveling to Europe for the summer to do the feature-length musical film "Nightshift." To contact Heather or learn more about her work, visit www.heathergault.com.