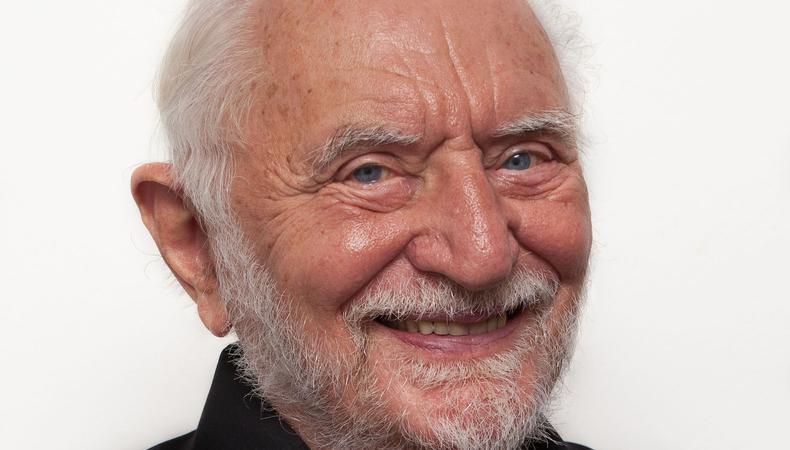 Stanley Wells is a Shakespeare scholar and lecturer with hundreds of thousands of words in print. As an emeritus professor at Stratford-upon-Avon’s University of Birmingham, lead blogger on the site Blogging Shakespeare, and chairman and honorary president of the Shakespeare Birthplace Trust, he is one of the greatest living authorities on the Bard. He is also an avid theatergoer (on his 21st birthday, he saw Alec Guinness perform Hamlet!). Wells’ newest book is “Great Shakespeare Actors: Burbage to Branagh.”

Tell us about “Great Shakespeare Actors.”
It has 40 sections in it, each of them 2,000 or 3,000 words on an actor. Of course, it was quite difficult to choose the actors! In these essays I aim to give a sketch of their career and give an account of their major Shakespeare performances.

Do you have a best or favorite performance detailed in the book?
My style in the book is somewhat personal.... I saw [Laurence] Olivier play Richard III onstage, the greatest performance of everything I’ve ever seen. My favorite was Olivier—I was lucky enough to see him several times—but also Edith Evans. I saw her as the Nurse, and as Volumnia to Olivier’s Coriolanus, when I was an undergraduate in London.

How can acting Shakespeare help stage performers?
There’s a danger at the moment with our drama schools: They don’t pay enough attention to vocal projection, the oratory of the great speeches, partly because there’s more money in film and TV, where the focus is on the face. I don’t write about film acting in the book. As Olivier said, film is the director’s medium, TV the writer’s, but the theater is the actor’s. I believe we get our best sense of greatness in performance by reading about performances rather than by seeing videos or hearing recordings. You don’t get the interaction between audience and performers, which to me is the vital thing about seeing Shakespeare in the theater—there’s an electric current that passes.

What do you learn by returning to Shakespeare?
Shakespeare is so rich; he’s such a dense writer that many of his features can be read in different ways. An actor can help you see that. When an actor comes to a role he can expand your understanding of Shakespeare, putting emphasis on a different word, for example. Every actor takes a different tack through a role...dictated by the actors’ personalities. One of the fascinations of going to see Shakespeare—and I’ve been going a long time, I’m 84 years old—is that every performance is a different performance. You go in with hope that you’ll get fresh illumination, a new prism each time.

Jack Smart
Jack Smart is the awards editor at Backstage, where he covers all things Emmy, SAG, Oscar, and Tony Awards. He also produces and hosts Backstage’s awards podcast “In the Envelope” and has interviewed some of the biggest stars of stage and screen.
END_OF_DOCUMENT_TOKEN_TO_BE_REPLACED