How Shakespeare Can Make Your Child a Better Actor 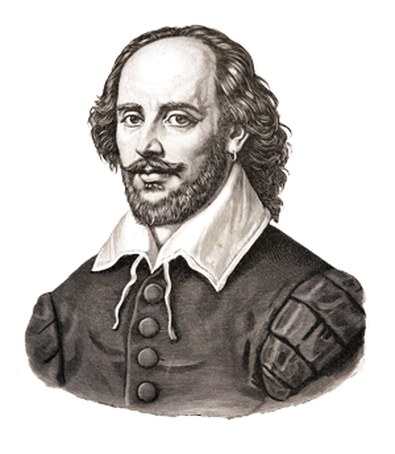 Last month I asked the great John Lithgow to write an introduction to my new book “How to Teach Your Children Shakespeare.” He agreed (wonderful man that he is), and the result arrived in my inbox a few days later.

I knew John was a remarkable actor. I knew he’d won countless awards and played Malvolio in a Royal Shakespeare Company production of “Twelfth Night,” and that his family background involved the theater. But when I read his introduction everything clicked into place.

It turns out John’s father ran several Shakespeare theaters during John’s youth, and John has been acting in Shakespeare’s plays since he was knee-high to a grasshopper. So let’s see: thorough knowledge of Shakespeare…can quote Shakespeare passages at will…played Mustardseed in “A Midsummer Night’s Dream” when he was 7 years old…and then John turns into one of the savviest, most versatile actors of the past 50 years. It all added up.

I’m not saying you have to know Shakespeare to become a great actor, but I can say without hesitation that it certainly helps.

Shakespeare is at the core of every serious actor’s training and experience, and the sooner you start the process the better. Of all the hundreds and hundreds of actors I’ve auditioned for my plays over the years, by far the best and most successful have known their Shakespeare very, very well.

The fact is, not only is Shakespeare the greatest playwright of the English language; he has also influenced every single playwright who has come after him. In addition, you can’t pretend to act Shakespeare without knowing how to breathe, listen, interpret, and pace yourself. Mere emoting won’t cut it. And here’s the thing: Shakespeare actually tells you how to say his lines right in the text, as long as you know how to read it properly.

Thus, knowing Shakespeare gives actors two significant advantages: First, it gives them a context for every part they’re acting; second, it gives them the technique they’ll need to be great performers.

I’ve felt strongly about Shakespeare since I first entered the theater, but it wasn’t until I became a father that I figured out how to put my convictions into practice.

When each of my children entered first grade, we sat down together and started memorizing lines from Shakespeare, starting with short accessible passages from the comedies and gradually increasing the length and complexity of the pieces.

What I have tried to do in “How to Teach Your Children Shakespeare” is offer parents and educators the techniques and strategies I developed over the years for my own children. I realized early in this process that Shakespeare is a lot like a foreign language. Many of the words are unfamiliar, even to adults; Shakespeare’s sentence structure sounds odd to our modern ears; and Shakespeare is constantly speaking in complex metaphors that can be difficult to understand.

So what I did for my kids—and what you can do for yours—was teach them how to decipher every difficult word in the passage being studied, and then memorize that passage so their knowledge of Shakespeare became second nature. The goal was fluency in the way a foreign language can become fluent.

In total, the book presents the first 25 passages I taught my kids, ordered in a specific sequence to make learning them as easy as possible. As each passage is discussed, from “A Midsummer Night’s Dream” to “Hamlet” (with many more plays in between), I talk about the stories, the characters, and the meanings of the works, so ultimately the kids get the kind of knowledge of Shakespeare they’ll need to become great students, great thinkers, great teachers, and yes, great actors.

The moral: All actors should learn how to speak the language of Shakespeare. And if they’re lucky enough to learn it early, they’ll retain it for the rest of their lives.

Ken Ludwig is an internationally acclaimed playwright who has had numerous hits on Broadway, in London’s West End, and throughout the world. His book “How to Teach Your Children Shakespeare,” from Crown Publishing, goes on sale in June. Visit him at kenludwig.com.