Shakespeare in the Park and Other Theaters Prep for Reopening 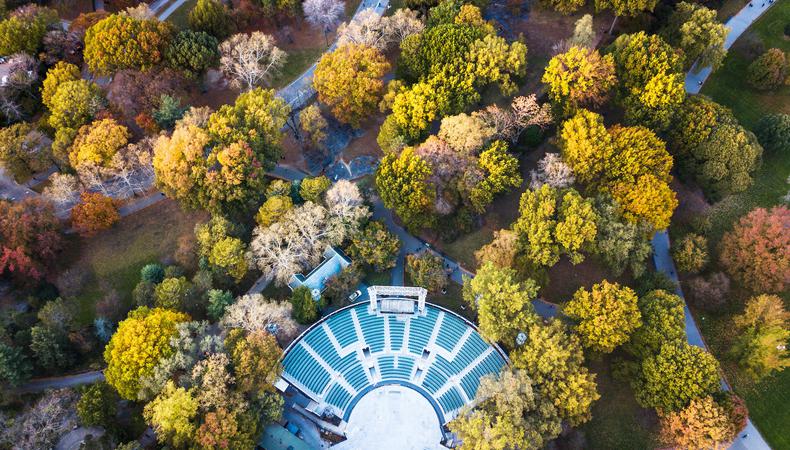 Last week, President Joe Biden promised that if COVID-19 vaccination efforts continue at their current pace, small gatherings will be possible again by July 4. The Public Theater is taking the president at its word: it has announced that starting July 5, it will be presenting a live production at its open-air Delacorte Theater, as part of Shakespeare in the Park. The Delacorte is one of many theaters in New York that have announced their reopenings in recent days. The other venues include the Brooklyn Academy of Music, Park Avenue Armory, the Shed, and the Daryl Roth Theater in Union Square.

And all of these venues are still working through the safety protocols for cast and crew, which includes masks for some performers and frequent testing.

The Public will present an adaptation of “Merry Wives of Windsor” by Jocelyn Bioh, set in Harlem, and directed by Saheem Ali (July 5–Aug. 29). It reimagines Falstaff as an African-American man who tries to woo two women from Africa.

The Brooklyn Academy of Music and Playwrights Horizon are teaming up to present “What To Send Up When It Goes Down” by Aleshea Harris, about Black lives in America. The hit play was originally supposed to be presented last summer. It will be presented in an outdoor performance at the Brooklyn Botanic Garden in June (the timing coincides with the one-year remembrance of George Floyd’s death and the ensuing protests around the country).

And it’s not just outdoor productions. The Park Avenue Armory has announced the first production in its indoor Wade Thompson Drill Hall: “Afterwardsness,” a new dance piece for nine performers by Bill T. Jones (March 24–31). The Shed has announced a series of indoor concerts in April, among them a Renée Fleming concert and a Michelle Wolf comedy show.

Most interestingly, the Off-Broadway Daryl Roth Theater, owned by the Tony-winning producer, will present “Blindness” from April 2 in an open-ended engagement. The light and sound experience features no actors and the audience will be seated in socially distanced pods of two.

All of these productions will play to partial capacity, in accordance with New York State law that says theaters can play to 33% capacity, with a maximum of 100 people indoors and up to 200 people outdoors (excluding performers and crew members). And if all attendees present proof of a negative COVID-19 test prior to entry, that capacity can increase up to 150 people indoors and up to 500 people outdoors. The theaters plan to make sure patrons are spaced out.

But what about actors? Will they be masked? A representative from the Public said that the theater is currently working on safety protocols: “We are partnering with public health experts and city and state officials as we develop our plans and will follow all city, state and federally-mandated guidelines at The Delacorte. At the heart of our planning is our commitment to health and safety protocols to make sure that our return to The Delacorte is a safe and celebratory experience for our staff, artists, and audiences. That work continues, and we will share more details about the health and safety practices and policies that will be in effect once they are finalized.”

All of these venues have disclaimers saying they are working with the state and health professionals to establish guidelines. When one positive COVID case can shut down a venue, being careful and diligent is paramount.

Park Avenue Armory’s guidelines say that all performers and crew members will wear masks for “Afterwardsness,” except for two singers and a clarinetist who will perform 13 feet away from other performers. Performers, crew, and staff are also tested biweekly for COVID-19. 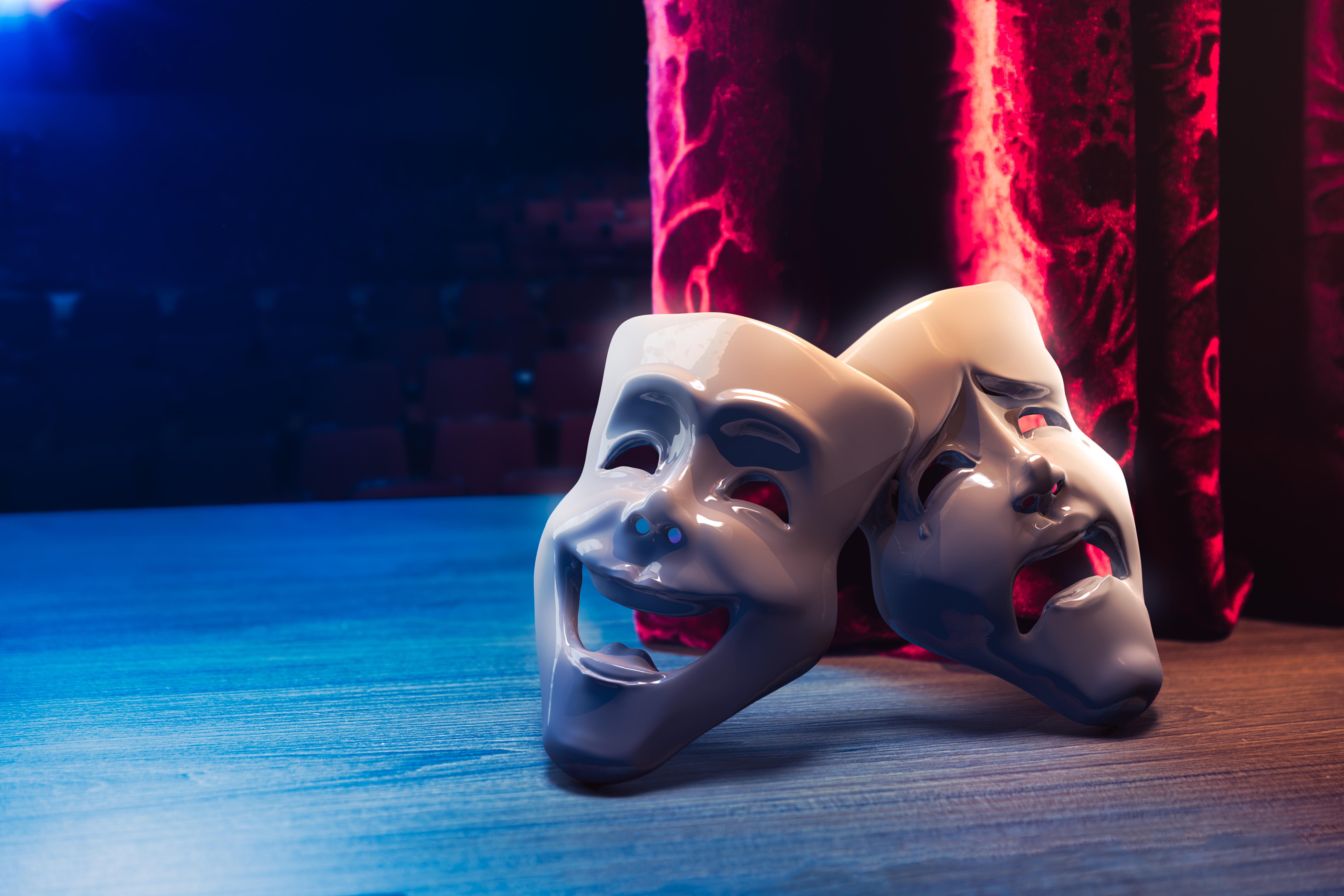 Can a Post-COVID Broadway Industry Be a Fairer One?

Patrons will be tested for COVID-19 when they arrive at the theater using 15-minute rapid tests. Anyone who tests positive will be refunded the price of their ticket. Patrons are also required to wear masks. Audiences will be seated 9 feet to 12 feet apart in every direction. Despite these protocols, people are still game to go see some theater: tickets for “Afterwardsness” are completely sold out.

The Shed will also have a COVID compliance officer on-site.

A representative from the Shed says that New York State Department of Health is still developing and vetting guidelines for indoor performance, with advice from the Centers for Disease Control and Prevention. That means the current guidelines may change or be amended, keeping venues on their toes.

But not everyone is happy with this ad hoc approach where every venue has to figure out safety protocols privately and on their own. A.R.T./New York, which runs two Off-Broadway theaters, and represents 401 independent producers and non-profit theaters, has called on the state to, “approve and publish clear, accessible guidelines for the reopening of theaters to begin on April 2” and make arts workers eligible for vaccinations by April 2.

“Just as we cannot open a successful production without a script, without rehearsals, without a set, and without selling tickets, we require more than a date to reopen our theaters,” said A.R.T./New York in a statement.

As for Broadway, it’s unlikely they will reopen this summer. Broadway League President Charlotte St. Martin told NBC News that Broadway shows are looking towards an “early fall, early September” reopening when commercial theaters can open at full capacity. “Broadway cannot reopen at anything less than full capacity," she said. "If the theaters aren’t at least 75 percent full, the shows won’t last. They’ll have to close.” She also said that it’s likely that “longer-running shows may be first to come back,” like “Phantom of the Opera,” “The Lion King,” or “Wicked,” “because a lot of the cast has muscle memory."

Actors’ Equity Association is currently reviewing safety proposals from theaters that want to produce shows with Equity members, and have already approved several.

Brandon Lorenz, Equity spokesman, said in a statement, “We are eagerly working with the Public and many others on safety protocols that will allow for theatre performances to happen this summer. When enough vaccines are available for everyone, a fully vaccinated company will have less risk, which will mean streamlined safety protocols and a faster return to work.

“In the meantime, Equity reviews its safety protocols on a regular basis to ensure safety protocols keep up with available science. In the last few weeks, for example, Equity’s safety protocols were revised to add recommendations for at-home COVID testing, which is reliable and convenient for producers. Equity is also encouraging public officials to make sure that arts workers are prioritized for vaccines as they lift capacity restrictions on live event spaces.”