When Shakespeare Writes a Pause 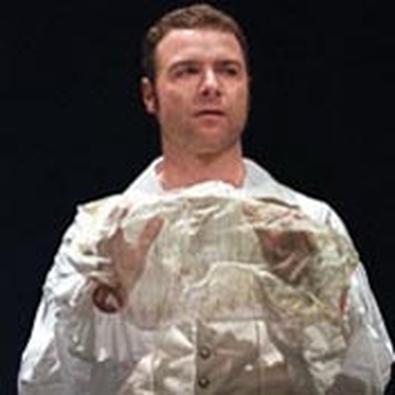 What is the matter with our Mary Jane?

She falls into a vision on the train

What is the matter with our Mary Jane?

With apologies to A.A. Milne, Mary Jane hasn't lost her wits. She's begun to study scansion, and she counts the syllables in everything she reads -- from the quatrain above (a variation in iambic pentameter of Milne's "Rice Pudding") to a piece of Shakespeare -- trying to make them come out right. She does it on the subway, while waiting for the bus, and other places appropriate and not, sometimes driving her boyfriend to despair, like Tristram Shandy's mother asking about the clock.

And here we come to help Mary Jane with those cases where Shakespeare doesn't want the scansion to come out right. He has left a blank -- indicating a pause -- in the line. Most directors hate pauses, but sometimes Shakespeare wrote them in.

Most actors know that Shakespeare usually wrote iambic pentameter, or five iambic feet per line. When he varies from that standard, he's trying to get your attention. In this example from Othello, Brabantio, Desdemona's dad, complains about his daughter's elopement (Act 1, Scene 3, Lines 191-193):

I had rather to adopt a child than get it.

I here do give thee that with all my heart... .

You can see that the middle line is much shorter than the others -- two iambic feet instead of the usual five. If Shakespearean text were music, we could say he has written in a rest for Brabantio. The rhythm of the iambic pentameter goes on, but Brabantio has no words to put on top of it. Why not?

Othello must respond to Brabantio's summons and cross the stage to him. Perhaps only when Brabantio has taken the hands of Othello and Desdemona in his does he continue. And Shakespeare wants the Moor to cross the stage in scary silence. We don't know what Brabantio will do when Othello is within reach; he might pull out a fine Venetian dagger and stab his daughter's new husband to death. As a dad, he's always been overly protective.

Some people conclude that every Shakespearean pause indicates that an action should occur, but that isn't always so. Consider Othello's wicked Iago dreaming up one of his nefarious plots (Act 1, Scene 3, Lines 393-398):

The Moor is of a free and open nature

That thinks men honest that but seem to be so,

And will as tenderly be led by th' nose

I have it! It is engendered! Hell and night

Must bring this monstrous birth to the world's light.

"As asses are" jumps out because of all the white space following its two feet. Is there supposed to be action in this implied pause? Should the director send the milkmaid across the stage to interrupt Iago's soliloquy? No, because no activity is required. Iago's wheels are spinning. At the end of the pause, he cries out, "I have it!" He has figured out how he's going to betray and ruin Othello -- the main plan, if not all the details.

Now let's consider Romeo in the orchard, looking up at Juliet pacing on her balcony. In a way, Juliet is acting like Mary Jane -- that is, according to Romeo, she's talking to herself, so the speech also contains a stage direction for Juliet (Act 2, Scene 2, Lines 10-13):

O that she knew she were!

She speaks, yet she says nothing. What of that?

Her eye discourses; I will answer it.

The pause is at the end of Romeo's second line, while he perhaps stares for an entranced instant at the distracted Juliet. You've probably also noticed that the lines before short lines are frequently irregular. In Iago's case, they're a ragged iambic pentameter because Iago's brain is grappling with the problem of Othello. He's distracted; he can't concentrate on talking to us.

Even if we agree that Shakespeare has written in a pause, we still have to figure out where in the line the pause goes. In the preceding examples, it made sense for the pause to come after the short line. But Shakespeare can put a pause anywhere he wants one. In All's Well That Ends Well, the Countess (George Bernard Shaw called it "the most beautiful old-woman's part ever written") bullies and tongue-lashes Helena to make her confess her love for Bertram. Here's a passage just after the Countess accuses Helena of "sin and hellish obstinacy" (Act 1, Scene 3, Lines 184-190):

The state of your affection, for your passions

Have to the full appeached.

Here on my knee, before high heaven and you,

That before you and next unto high heaven,

I love your son.

My friends were poor but honest; so's my love.

We understand Helena's short line, "I love your son": She pauses after confessing, perhaps waiting to see if the Countess will have her tarred and feathered, drowned in the duck pond, or merely thrown off the property. But here's a passage that comes a little later in their conversation, when Helena disingenuously explains that she wants to go to Paris to cure the king, and again the Countess skewers her (Act 1, Scene 3, Lines 223-228):

There is a remedy approved, set down,

To cure the desperate languishings whereof

The king is rendered lost.

This was your motive

For Paris, was it? Speak!

My lord, your son, made me to think of this.

The short line is obviously "For Paris, was it? Speak!," but where is the pause? I suggest that it comes before "Speak!" Helena hesitates, and the Countess has to lash the hussy on to further confessions.

Your next question should be: How long should these pauses be? Long enough to fill the time for the missing feet? My answer is: by no means. This is why comparing Shakespeare to music wasn't so good. Shakespearean text isn't performed to a metronome. The pause should be as long as you, the actor, feel it should be at that particular performance, in front of that particular audience.

I'd hoped to end this column with an example from Measure for Measure -- Isabel's line "For Angelo" (Act 5, Scene 1, Line 496) -- but I haven't enough space to convince you the play is a love story. So let's end with Hamlet. Our friend Mary Jane was going over Hamlet's part in the shower. She'd like to play him, and she intends to be prepared, so she muttered the following (Act 3, Scene 1, Lines 66-69):

For in that sleep of death what dreams may come

When we have shuffled off this mortal coil,

Must give us pause -- there's the respect

That makes calamity of so long life....

And then Mary Jane burst out laughing. Can you tell why?

Look out for lines in Shakespeare that don't have the normal number of feet or syllables. Usually he wrote in the pause on purpose. How to use that pause is for you, the actor, to decide.

Deloss Brown taught Shakespearean acting for 11 years at the Juilliard School and has taught Shakespeare for Writers at New York University for 18 years and counting. He has directed eight of Shakespeare's plays, but fortunately Shakespeare is bulletproof. His book, 'Why Hamlet Delays', will be used by actor Marc Palmieri as a text during the spring 2008 semester at the City College of New York. You can look up Brown's arrests and convictions on Google.

Deloss Brown can be reached at [email protected].