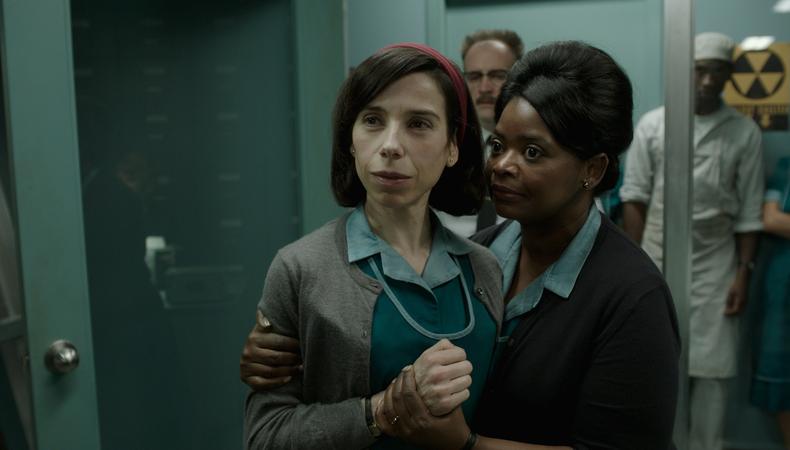 Presented live by Tiffany Haddish and Andy Serkis from the Academy of Motion Picture Arts and Sciences’ Samuel Goldwyn Theater, the nominees for the 90th annual Oscars represent an especially strong year for prestige filmmaking. Warner Bros.’ best picture nominee “Dunkirk” earned eight nods, many of them in technical categories. Other best picture nominees included Fox Searchlight Pictures’ “Three Billboards Outside Ebbing, Missouri,” which earned seven; Martin McDonagh was recognized for his original screenplay and not his directing, as many projected. Focus Features’ “Darkest Hour” and “Phantom Thread” were also nominated, totaling six nods each. And rounding out this year’s nine honorees for the Academy’s top prize are Sony Pictures Classics’ “Call Me by Your Name,” A24’s “Lady Bird,” Universal Pictures’ “Get Out,” and 20th Century Fox’s “The Post.”

There were several record-breaking recognitions, as well, including Rachel Morrison of Netflix’s “Mudbound,” who became the first female nominee ever in the Oscar cinematography category, and the film’s star Mary J. Blige, who is the first person to be double-nominated for acting and original song. Two-time nominee Greta Gerwig of “Lady Bird” is only the fifth woman recognized for directing. Meryl Streep of “The Post” extended her own record for most-nominated performer to 21. Christopher Plummer, 88, broke the record for oldest acting honoree for TriStar Pictures’ “All the Money in the World,” while 89-year-old James Ivory, screenwriter of “Call Me by Your Name,” is now the oldest nominee ever. And Jordan Peele of “Get Out” is only the fifth African-American director to be nominated in history, as well as the third filmmaker to be nominated for writing, directing, and best picture for a feature directorial debut.

This season the four acting categories have repeated wins at the Critics’ Choice, Golden Globe, and SAG Awards: leading actress Frances McDormand and supporting actor Sam Rockwell for “Three Billboards,” leading actor Gary Oldman for “Darkest Hour,” and Allison Janney for Neon’s “I, Tonya.” Whether all four could make it a full sweep remains to be seen; Academy voters from its 17 branches will decide on the 24 categories Feb. 20–27.

The 90th annual Academy Awards will be presented at Hollywood’s Dolby Theatre March 4, presided over by Jimmy Kimmel. Last year’s ceremony, also hosted by the late-night personality, concluded with an unforgettable envelope mix-up during the best picture category; although Lionsgate’s “La La Land” earned the most statues, A24 indie “Moonlight” claimed the top prize. Said Kimmel in a statement: “If you think we screwed up the ending this year, wait until you see what we have planned for the 90th anniversary show!”

Who do you think will prevail this year? For a full list of nominees and more on Hollywood’s biggest awards, click here.

“Call Me by Your Name”
“Darkest Hour”
“Dunkirk”
“Get Out”
“Lady Bird”
“Phantom Thread”
“The Post”
“The Shape of Water”
“Three Billboards Outside Ebbing, Missouri”

Jack Smart
Jack Smart is the awards editor at Backstage, where he covers all things Emmy, SAG, Oscar, and Tony Awards. He also produces and hosts Backstage’s awards podcast “In the Envelope” and has interviewed some of the biggest stars of stage and screen.
END_OF_DOCUMENT_TOKEN_TO_BE_REPLACED