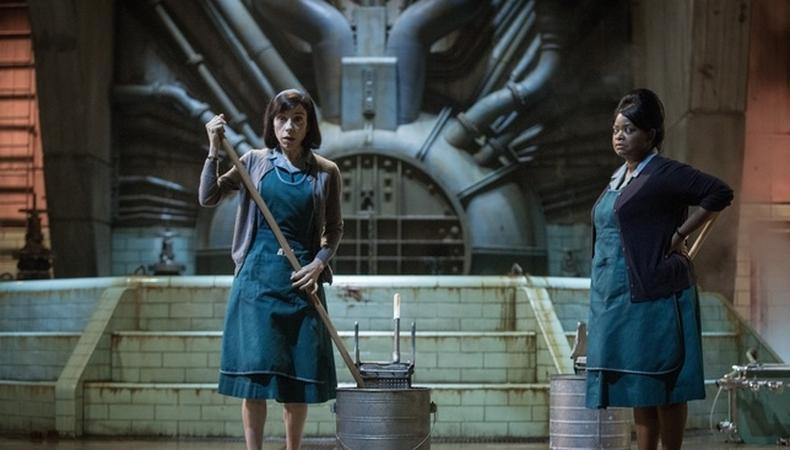 The Producers Guild of America honored the best of their profession Jan. 20 at the Beverly Hilton in Los Angeles. Fox Searchlight Pictures’ “The Shape of Water,” in taking home the Darryl F. Zanuck Award for Outstanding Producer of Theatrical Motion Pictures, has shaken up the awards race in a season without an obvious best film frontrunner.

Producer J. Miles Dale and writer-director-producer Guillermo del Toro earned the prestigious prize, with star Richard Jenkins accepting on their behalf. The sci-fi-fantasy-romance beat out competitors “The Big Sick,” “Call Me By Your Name,” “Dunkirk,” “Get Out,” “I, Tonya,” “Lady Bird,” “Molly’s Game, “The Post,” “Three Billboards Outside Ebbing, Missouri,” and “Wonder Woman.” Around two thirds of the winners of PGA’s top award honor have gone on to claim the Academy Award for Best Picture.

The PGA also handed out its annual honors: the Norman Lear Achievement Award in Television went to Ryan Murphy, Ava DuVernay was recognized with the Visionary Award, and Universal Pictures’ “Get Out” earned the Stanley Kramer Award, given to “a production, producer, or other individuals whose achievement or contribution illuminates and raises public awareness of important social issues.” Among the evening’s presenters were Tracee Ellis Ross, Patty Jenkins, Gwyneth Paltrow, Frankie Shaw, Reese Witherspoon, and Lear himself.

Producer Charles Roven earned the David O. Selznick Achievement Award in Theatrical Motion Pictures. “I’ve had many great experiences in this room—starting with my bar mitzvah,” he announced. “No, it’s true. I literally became a man here on this stage.”

Universal Pictures Chairman Donna Langley was given the Milestone Award. She said in her speech, “I may only be the third woman to receive this award tonight. But if we get this right, I’m going to be far from the last.”

Jack Smart
Jack Smart is the awards editor at Backstage, where he covers all things Emmy, SAG, Oscar, and Tony Awards. He also produces and hosts Backstage’s awards podcast “In the Envelope” and has interviewed some of the biggest stars of stage and screen.
END_OF_DOCUMENT_TOKEN_TO_BE_REPLACED