Shia LaBeouf Offers 'Most Bang for the Buck' 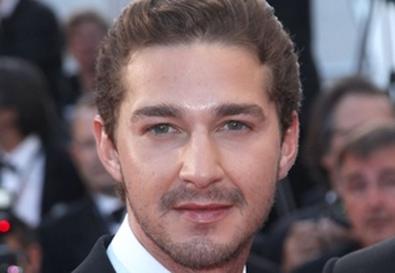 Photo Source: Sean Gallup
For the second straight year, Shia LaBeouf is the actor offering the biggest bang for the buck, according to a Forbes list released Monday.

Forbes calculated that for every $1 LaBeouf was paid, the movie in which he appeared earned $81 in profit.

LaBeouf's top ranking is owed to blockbusters like "Indiana Jones and the Kingdom of the Crystal Skull," good for $787 million worldwide, and "Transformers: Revenge of the Fallen," which brought in $836 million worldwide.

Anne Hathaway landed in second place thanks to the $1 billion that "Alice in Wonderland" took in worldwide and, to an obviously lesser degree, "Bride Wars," which brought in $115 million. Hathaway's movies generate $64 in profit for each $1 she earns.

Forbes looked at the top 36 earners in Hollywood who made at least three films in five years that opened wide. They calculated box office, DVD and TV sales and subtracted a movie's budget, stripping out marketing costs, "which are susceptible to accounting chicanery."

Probably the most surprising actor cracking the Top 10 is Johnny Depp, given the massive salary he is usually paid. He was paid $1 for every $18 in profit his movies earned.

Still to come is Forbes' list of actors who offer the least bang for the buck. That dubious honor a year ago went to "Land of the Lost" star Will Ferrell, who was paid $1 for every $3.29 his movies made.