How to Shift Your Thinking About Audition Rejections 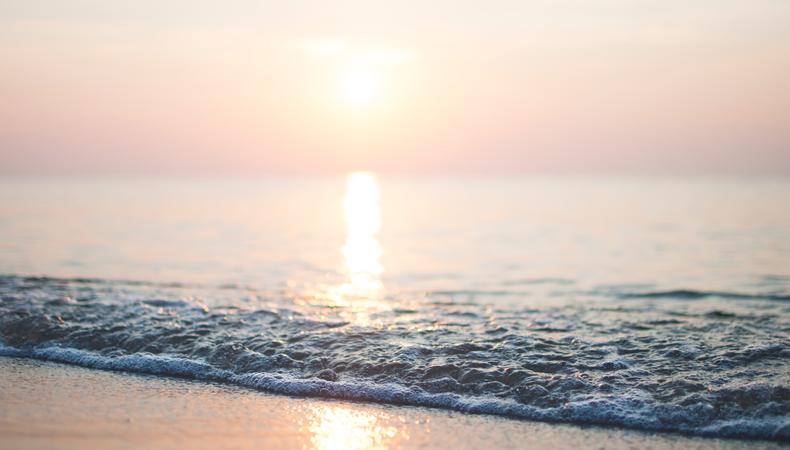 I recently got back from three weeks on Oahu, which is where I grew up. My childhood home is about 100 yards from Kailua Beach and one of my favorite activities is to get up early and amble down the lane to watch the sunrise over the ocean.

On my first morning, I got down to the beach extra early and dutifully watched for the sun behind a cluster of clouds on the horizon. It was the weirdest thing, though. The sky kept getting brighter and brighter, but still no sun.

I mean, come on...it’s the sun, kinda hard to miss, right? I tried to convince myself it wasn’t that big of a deal because we’re pretty much trained from childhood not to look at the sun. But that was just an excuse; I was sitting right there, actively looking for it, and I still missed it.

This is all pretty embarrassing to admit considering I grew up on this beach but it got me thinking about our acting careers: you don’t give up after one mediocre audition or because you don’t get a callback, right?

Right. Neither do I. And it was the same with a missed sunrise. I went back to the beach almost every morning after that to watch the sun come up.

Perseverance, baby. And that’s not all. Not only did I show up consistently, but I literally had to shift my perspective.

READ: You’re Probably Not Going to Book Your Next Audition + That’s OK

It’s like how you keep tackling this exhilarating career despite rejection after rejection after rejection. And as long as we’re talking about shifting perspectives, can we all just agree to stop calling it “rejection” and call it a “growth experience” instead? Because if you take away just one sunny golden nugget from every audition you don’t book, that means you’re growing, changing, and sharpening your skills, kind of like a free masterclass. The audition room is your playground and you raise your hand to risk not booking every day because it’s worth it.

Those Kailua Beach sunrises were worth it, too.

As for your acting career, I believe there’s a sunrise at the end of the tunnel for you. It may not be that you'll book your dream role or that you'll ever be able to quit your day job, but it will mean that you're not giving up on yourself, your passions, or your dreams.

That alone is worth everything. Who wouldn’t want to wake up every morning for that kind of inspirational high five?

Your passions are something you never have to apologize for. And no one can take them away from you.

You just have to keep showing up and be willing to look for the sun.

Heather Hiatt is a working actor and founder of The Magnetic Actor Method which teaches actors to believe in themselves again, stop overthinking and nail it on the first take. Get started with her FREE Magnetic Actor’s X-Factor: Audition Guide.

Heather Hiatt
Heather Hiatt is a working actor and founder of the Magnetic Actor Method which is a revolutionary program designed to help actors bust through what’s holding them back in their career, from the inside out. She helps actors believe in themselves, stop overthinking and connect to any character they need to play in a brand new way.
END_OF_DOCUMENT_TOKEN_TO_BE_REPLACED