Don’t Show Your Underwear At An Audition 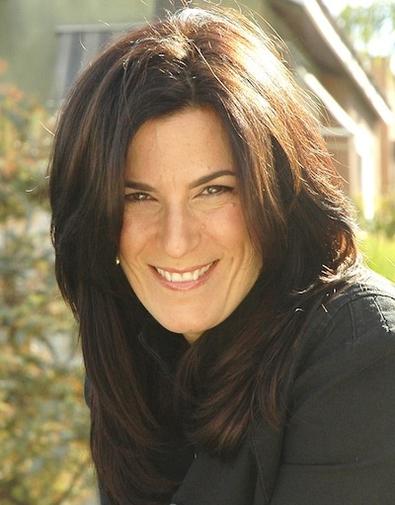 Let’s talk about your underwear for a sec. I know what you’re thinking. My underwear? Isn’t that a little personal? And what does it have to do with auditions anyway? How can this conversation possibly help my acting career?

If you think that’s weird, I’m now going to show you how your underwear AND purple flying cows (confused now?) could kill your auditions. No, I haven’t lost it…Just go with me for a sec…

So if I tell you that I’m going to tell you how your underwear and purple flying cows are ruining your auditions, you’d want me to tell you exactly that, wouldn’t you? So, if by the end of this article, you did NOT get what I’d promised, you’d be disappointed. You might even think, "Gee, Amy used to always deliver amazing content but this time…hmmm...maybe she’s lost it?"

That would be a travesty if I lost your confidence all because I promised you something I never delivered!

Many times in auditions, an actor will come in the room and proceed to tell us (the casting directors) exactly what they’re going to do, what they’re thinking about the character, the specific choices they have made, what their character had for breakfast, and any other number of minute factoids about the piece or the character. This information usually comes out after the actor has entered the room, in the time we thought they were actually going to be auditioning and usually it comes out in monologue form.

I’m being rather blunt here, but I want you to get the picture. Now I realize that this sometimes comes out of nervousness. I totally get that. But it really doesn’t matter; it can still tank your audition.

Here are two reasons why:

1. We don’t need to know that information. That’s your homework as an actor. That’s all the stuff you do to create a full, rich character. That’s what you (and maybe your coach) talk about when you’re working on the piece. These intricate details are there to inform your performance, to be the foundation of the character that you bring in the room. The underwear, under your fabulous outfit of an audition, if you will.

Underwear. You wouldn’t wear it on the outside of your clothes would you? Ladies, when you have stuffed yourselves into a Spanx (sorry fellas, bear with me) and you show up on the red carpet, you wouldn’t pull up your dress and show the press your Spanx would you?

No. Of course not. It’s supposed to stay underneath the surface making you look amazing and fabulous to the rest of us.

The same goes for your homework. Don’t tell us about it. It takes up time we don’t have and focus away from your audition. And hey, it’s your underwear. Keep it where it belongs.

2. You may not pull it off. There’s a chance, when you tell us exactly what you’ve chosen, and how you’re going to play it, that now that you’ve set it up for us to expect, well, we won’t see it. I can’t tell you how many times I’ve been told to expect purple flying cows in an audition from an actor who’s clearly worked very hard on the piece. And then, they do the audition, and it’s nothing like that. No purple flying cows anywhere.

That makes us think that a) you either can’t pull off what you chose to do or b) you think you actually did. Either option is not a good one. They both make us lose confidence in you.

Your best bet, as always, don’t show and tell. Leave your underwear on the inside. Simply show up, be professional, do your audition, and go. That’s it. All the rest is between you and your coach. Leave the purple flying cows at home. (Now you’re thinking about them again, aren’t you?)

Amy Jo Berman is former Vice President of Casting at HBO and for 14 years managed the casting of over 150 films, mini-series, and series. She is the founder of The Audition Edge, a highly specialized audition class that blends mindset and audition technique to give every actor the Edge in booking more jobs. The Audition Edge Workshop comes to Los Angeles & Atlanta in January 2013. She is also the Founder of Audition Polish, a membership-based audition coaching program that has helped actors around the globe nail their auditions on the first take. Using her 18+ years of technical casting experience, as well as her intuitive skills in picking up on exactly what blocks each individual actor from their own success, Amy has helped thousands with her private coaching, workshops and seminars. Amy loves, loves, loves staying in touch with actors on social media. Watch her video acting tips on Youtube, join her Tips On Acting community on Facebook and get her VIP event invitations & updates here.

Amy Jo Berman
Audition expert Amy Jo Berman has been a powerful influencer in the entertainment industry for 20 years, as well as one of the most sought-after acting coaches in the business.
END_OF_DOCUMENT_TOKEN_TO_BE_REPLACED