Side Hustle Spotlight: The Comedian Who’s Also a Business Analyst 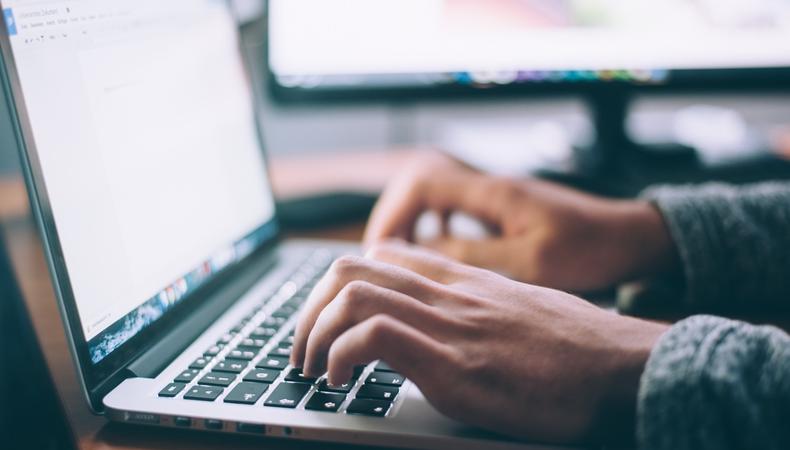 This week we interview a comedian who appreciates using her right brain during the day so she can use her left brain at night. 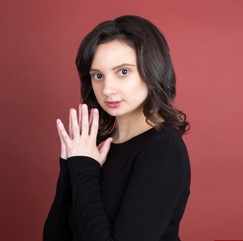 Years doing comedy: Three and a half

Favorite credits/opportunities: Seeing my writing published on legit sites like Reductress, a recent YouTube video I made called “how to be cool before college” (it’s as if real tips melded together with a fever dream), and my podcast “How to be Less Awkward.”

What do you do when a show comes up?
My shows are mostly on nights and weekends so there’s not a whole lot of overlap. Even so, I try not to use my time-off for stuff besides comedy unless it’s a family emergency, my health is at risk, or I really, really want to.

Have you ever felt like your side hustle was in jeopardy because of comedy?
When I’m applying for a new job, I definitely get nervous that a Google search of some of my edgier material will disqualify me. There’s no way to know if that’s prevented me from getting certain interviews, but luckily there have been enough places that either don’t mind or don’t Google. I usually don’t bring up that I do comedy, but if people happen to find out the reaction is usually positive or mild confusion.

How long did it take you to feel like you had security at this side hustle, even if you took time off for a show?
A lot of my work over the past few years has been contract, so I’ve felt mixed levels of security. It usually works out because each time I’m applying for jobs I have that much more experience and can find higher-level work, but on the other hand, looking for a job can be really scary. There was a pretty rough stretch when I first relocated from Boston to New York where I had to stay with my parents in Jersey for a while. (Yes, that’s a lot of locations for one sentence!) It was rough for my comedy and my love life.

What skills or talents did you need for this side hustle?
Adaptability: figuring out the company culture, their custom technology, and processes. Communication and organization: clear note-taking, short and to-the-point emailing with the main point being easy to see while skimming, and knowing when to set up a meeting versus what can be done via email. Technology: Excel and the rest of the Microsoft Office suite, SQL, CRM systems such as Salesforce are helpful, and it sounds simple, but Googling and experimenting to learn stuff on your own instead of asking your boss a million questions goes a long way too.

READ: How to Become a Stand-Up Comedian

How long did it take you to qualify or complete training for your side hustle?
Getting into this field was something of a stroke of luck. I was working at a construction company as an account manager, which required me to learn Salesforce and essentially manage hundreds of customer accounts. If there was a problem with the customer’s install, I had to figure out how to solve it like resending the crew versus hiring an external person, who would pay for it, scheduling, and follow-up to make sure it was really resolved. These planning skills are great for project management, plus the nature of the business gave me a lot of good stories to tell on interviews.

A question I used to stumble over like: “When was a time you had to deal with a stressful situation?” I suddenly had loads of stories for. For example, with the old homes in the Boston area, it was challenging to tell if a wall was stable enough to pump in insulation. This resulted in having to answer calls from angry customers detailing how part of their wall just exploded and sent bits of insulation flying all around their home. I’d need to calm down the customer, secure photos of the scene, and make a game plan for fixing it.

Eventually, I got promoted to a business analyst position. That was really exciting for the three months before we declared bankruptcy, then sad, then good again because I was able to parlay that into another analyst position.

How does this side hustle fulfill you? Do you feel like you’re helping people/society/humanity in a tangible way?
A lot of my work is centered around trying to make the processes and operations of any organization smooth enough that other employees spend less time on training, data entry, or redundant work, and more time accomplishing whatever the real goals of their position entail.

Has your side hustle made you better at comedy or achieving your comedy goals?
As much as I wish I had more hours in the day to work on comedy projects, it’s really nice to have a significant amount of time each day where I get to work different parts of my brain and shut off the part that’s overanalyzing everything for a joke. Having limited time to get my comedy projects off the ground also forces me to regularly reassess. Am I doing the types of projects that make me most fulfilled, projects that have the best ratio of challenging-to-fun? It can also be good for comedy to retain some connection to the outside world so all your jokes don’t become about doing comedy.

Why did you choose to do this side hustle instead of more stereotypical acting side hustles like serving?
I was working in an office environment before I started doing comedy, so it felt natural to continue that. I sometimes envy friends who can take more time off during “typical” working hours, but servers make most of their money on nights and weekends when I get most of my comedy work and often don’t get health insurance. I’d worry about making that trade-off, at least until I was making more from comedy.

If you produce your own work, do you feel like this current side hustle allows you the freedom/resources to do that?
I do, with the big caveat that there is never enough time to do as much promotion, writing, and networking as I want to do. Even when I was unemployed. In some ways, especially when I was unemployed because more of my time was devoted to job hunting and being depressed about job hunting.

Do you have any advice for comedians that aren’t sure what path to take while they are waiting for acting to pay all the bills?
Doing temp jobs can be a good way to try out a variety of office jobs and see what you like versus feel neutral about versus hate. If you’re doing a lot of data entry, my favorite soundtrack for that is the podcast “My Favorite Murder.”

Linnea Sage
Linnea Sage is an actor, voice-over artist, writer, and producer in NYC. She currently stars in the comedy series “WILDCATS” on the Fullscreen Network, as well as voicing superheroes in the Marvel video game, Avengers Academy. Follow her @LinneaSage on Twitter and @Linnayeahhh on Instagram.
END_OF_DOCUMENT_TOKEN_TO_BE_REPLACED