6 Signs Your Acting Class Is Destroying Your Film Career 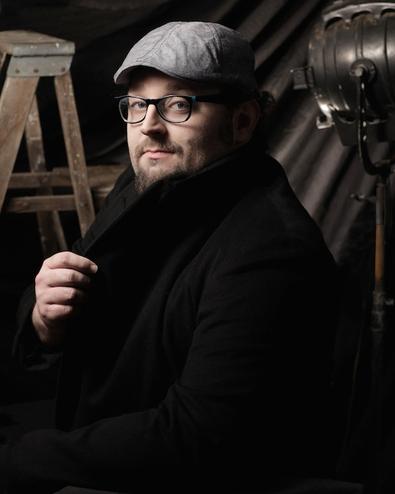 As a working film and television director, I have to clean up the messes that outdated actor training creates on set. Here are some classroom practices that I firmly believe are harmful to the film actor. If you see any of this going on in your current acting class, I want you to run!

1. There’s no discussion of eyelines. Film editing is a dance of the eyes. The performer’s eyes guide us through the world of a film. They are the communicators. If you are allowed to hide in your class, it is time to bail. If you have never heard your instructor utter the phrase “points of focus,” beware.

2. Cold-reading happens every week. Cold-read classes offer fast food answers for actors who don’t want to rehearse. How often do you arrive unprepared to a real audition? Almost never. Proper text analysis and rehearsal technique are both essential for serious film actors.

The lazy actor might argue, “Well, Ryan, sometimes you don’t have time to rehearse on set.” And I would counter, “Well, hypothetical naysayer, paid actors sure as hell don’t have scripts in their hands either.”

An actor should build a strong foundation of fully realized performances in weekly classes. That body of work is what you will draw from on a chaotic set. Practice and train at the level you would actually like to work in films. I would not spend 15 minutes in a parking lot learning my script for a Steven Spielberg film. And I would not attempt it in scene study class for the same reasons.

3. A camera is being used, but not from a cinematic angle. Plunking down a camcorder mounted to a junky tripod—one that is operated by the underqualified T.A. who is seated on the front row—tells you nothing about how your work could truly look in a feature film or TV show.

That perspective can only be gained by using prime lenses with shallow depth of field, on a location shoot, with production audio. Granted, most on-camera classes don’t shoot footage at that level, but if you can find one, you have arrived at the right place. Watching playback of amatuer footage is self-abuse and should be avoided.

4. Playing to the room is encouraged. The audience in a true film acting class must lean forward to hear and be regarded as crew. Classes where performers are encouraged to speak up or entertain fellow students should be avoided at all costs. Projection is for legitimate theater, not film.

You want to perform in a room full of actors who appreciate nuance. It must be a respectful, quiet place where everyone locks it up like they are on an actual location. You should not have to shout your scene over the din of a rowdy class like a commodities broker hoping to unload soybean stock before the bell rings.

Watch out if you hear the teacher say: “They can’t hear you in the back!” Better then the boom operator never being able to hear again.

5. Unmotivated blocking is encouraged. Moving your feet means moving the camera. While scenes are not static in movies, they only move when they have to in order to tell the story. It takes too long to arrange lights and rig cameras to block arbitrarily. In acting classes, the blocking often sends actors from one side of a 25-foot stage to the other and back again.

Unless the movie is about being chased by a swarm of bees, it will not be done this way. Please stop running around and resist instruction to do so.

The playing field in film is limited by light, art direction, and the presence of gear. Get used to being crammed in and unable to move much. You wouldn’t want to reveal a grip eating red vines when the camera pans beyond the allotted frame because you’re used to covering ground.

6. Precision is not the norm. Film takes must be repeatable. Notes from a teacher who likes to change everything “in the moment” do not develop your muscle memory correctly. You need to be able to create within the confines of very precise, repeatable staging.

A distinction must be made between improv and scene study.

Watch out if you hear the teacher say: “The lines don’t matter, just go with it, follow your impulses!” The lines might matter to Aaron Sorkin. And the camera operator, DP, focus puller, and dolly grip may be even less inclined to follow your random impulses. Inspiration and impulse are two very different things. Impulse is the reason you buy beef jerky in line at Target. Inspiration requires homework.

Now, if you are realizing that your current acting class is not fit for the film actor, take heart. Some actors don’t even have a class to contemplate. Not being in class at all is the worst mistake you can make, but attending the wrong class can knock you out of the film game before it even starts. You want the right class. Now you have a clear scorecard, so be discerning.

Train correctly and get ready to play for a living!