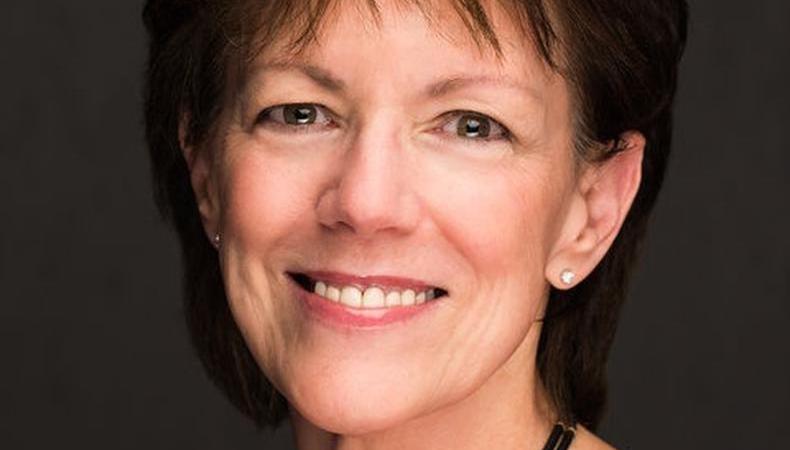 Most of us have asked Siri questions ranging from, “Where is the nearest coffee shop?” to “What is the meaning of life?” (To which she's been known to answer, “42.”) So anyone who has ever queried Apple’s articulate iOS knows that her robotic responses can be rather mysterious.

But when you sit down with Susan Bennett, the original voice of Siri, you find a much friendlier personality than any that iPhone has to offer. Having sung backup for the likes of Roy Orbison and Burt Bacharach, Bennett transitioned from singing to voice acting and has been the voice of ATMs, airport terminals, and informational systems ever since. She recently talked to us about her career, including how she gave a voice to the iPhone.

Voice acting is a very specific talent. How did you decide to pursue it?
I started off as a singer. When I moved to Atlanta [in the mid 1970s], I started performing in restaurants and clubs, but I also started to do a lot of studio work. One day, the voiceover talent didn’t show up, so the studio owner, Pete Caldwell of Doppler Studios, said, “Susan, you don’t have an accent. Come over here and read this copy.” So I did the spot and, being a freelancer, I was always looking for new avenues where I could find work. So I got voice coaching with Stuart Culpepper—who was a very well-known Atlanta actor—got an agent and started working.

How did you become the voice of Siri?
The Siri thing surprised me. I’ve worked for decades for GM Voices, which does a lot of phone messaging. They came up with a proposal to read all these different sentences to be used for phone systems—this was only 10 years ago, but technologically speaking it was the Dark Ages. The basic vocabulary of what became Siri was done over four hours a day, five days a week, for several weeks. I read thousands of phrases and sentences, and a technician went in after the recordings, extracted sounds, and reformulated new phrases and sentences, and those are what got programmed into the device. I didn’t know that I was Siri until a fellow voice artist emailed me and said, “We’re playing around with this new iPhone. Isn’t this you?”

Is that an ongoing process or completely in your past?
I did some updates for them, then the text-to-speech company wanted to put me under a five-year contract, but I was just at a point where I couldn’t do any more of that work. It’s extremely tedious and very hard on the vocal chords because you have to read things so consistently.

Do people often recognize your voice?
Surprisingly not. A lot of places where you’ll hear my voice are informational places and people are just listening to the content, not what the voice sounds like. My speaking voice doesn’t really sound like Siri. I have to get down into a different register and add a little bit of a robotic approach.

Since that’s behind you, what are you working on currently?
I still do a lot of messaging [and] narrations. Like everyone else, I have to audition for commercials and things like that. One of the reasons it took me so long to reveal myself as the voice of Siri was because I knew it could go two ways: “Oh, she’s Siri. Let’s get her!” Or “Oh, she’s everywhere. Let’s not get her.” Being the original voice of Siri has been a real life lesson for me. I’ve always been involved in performance and entertainment, but sort of behind the scenes. My favorite thing was being a backup vocalist instead of the lead. Fame was never important to me. The only thing I wanted was respect from my peers. So, the fame thing has been really strange for me because I was just doing my job.

Do you own an iPhone?
Yes. When I found out I was Siri, I thought, That makes sense. We’re a completely Apple household. I’m very interested in art and design and there’s just nothing like an Apple product. Even the boxes are beautiful. But like everything else in life, being Siri had it had its positives and negatives. The positive was, of all these voices, they chose mine. The other side was that none of the original Siris were really compensated for the usage of our voices. We were paid pretty well for the original recordings. But considering that we were on millions of devices, we really weren’t compensated for that. From a financial point of view it was probably not that great a deal.

How often do you ask Siri for advice?
I really don’t talk to Siri. The only time I talk to my own voice is when I use the Waze app. The first time I spoke to Siri, she was rather rude. I said, “Hi, Siri. What are you doing?” She said, “I’m talking to you.” I’m kind of glad they changed all the original Siri voices because I really don’t want to be the voice of Big Brother.