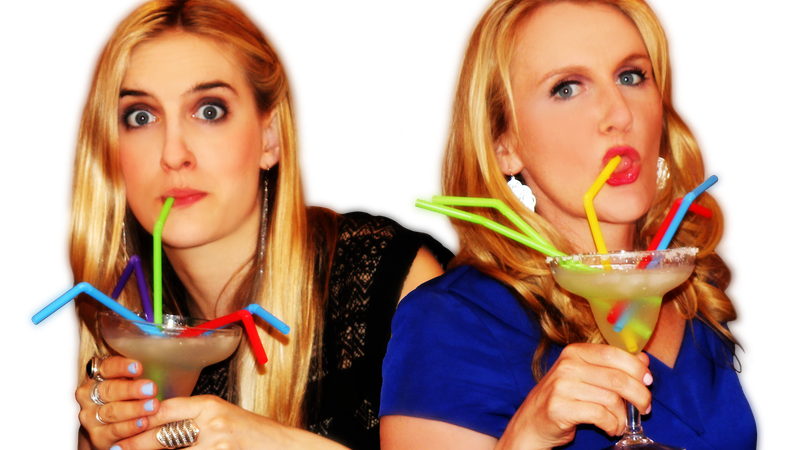 Kate McClure and Jessica Ellison, co-creators and producers of “Sisters & Misters,” wanted to make a Web series that didn’t look like what they were already seeing, and they were watching a lot of shows about 20-somethings still in that transitory part of their lives. Instead, they created characters that ostensibly lived stable existences with established careers (emphasis on the “ostensibly”: “It has a deeper storyline, about people who are supposed to have their shit together but don’t,” says director Daniela Schrier Kafshi).

“Sisters & Misters” is an episodic series with every installment taking place at a dinner party thrown by responsible corporate lawyer Annie (McClure), who is attempting to help her jilted sister Ali (Ellison) get over being left at the altar. To get the ball rolling, she sets Ali up on a date with her co-worker Edward (Matthew C. Flynn), and invites her husband, John (Jeff Walsh), to make it a double. Of course, it does not go well.

The biggest difference between other Web series and “Sisters & Misters”? The cast improvised the whole thing.

Ellison says they wrote out their scripts in bullet point form, much like the model used by “Curb Your Enthusiasm.”

They brought in director Kafshi, whom they credit with creating a safe environment for the actors to try new things. “[Kafshi] was a logical brain to keep us going where we needed to go,” McClure says, “but she was chill enough to let us play and explore.”

“I’m the straight man on set, making sure we’re going to arrive at our next port,” Kafshi says, praising her actors for their skill. “That was a big challenge, being present and flexible and loose and having this dichotomy in my mind where we were still hitting our places and getting to our plot points. It’s easy to riff and get away from the plot. They just kept rolling with it; it was so fluid.”

Their editor, Oren Sarch, who also edited Darren Aronofsky’s “Pi,” was integral to the process, lending an impartial third-party ear to make sure all of the jokes and beats were on point.

To round out the cast, McClure and Ellison looked to their own classes to find their male counterparts, Flynn and Walsh. “We didn’t have an audition, per se, but if someone was a lead balloon we would have reconsidered. Matt in real life is a nice guy, not at all cocky and pretentious, and he pulled out this big-time asshole of a guy. Jeff was so the everyman. He was there, he was solid,” McClure says. “Jess and I gave each other a wink, like, ‘Good job, girl.’ ”

Beyond creating something different for the Web, McClure and Ellison just wanted to create. They see Web series as an important way for women to be creative. “There’s no gatekeeper, there’s no one to decide if we get a greenlight or not. It’s just an amazing experience to flex our muscles,” Ellison says. “Hollywood can be really exclusive, and really talented women don’t get the fair shake that they should, but when you make your own creation and put it on the Internet, it’s really exhilarating. Doing it with two other brave and hysterical women was even better.”