Is Your Skin Thick Enough for This Business? 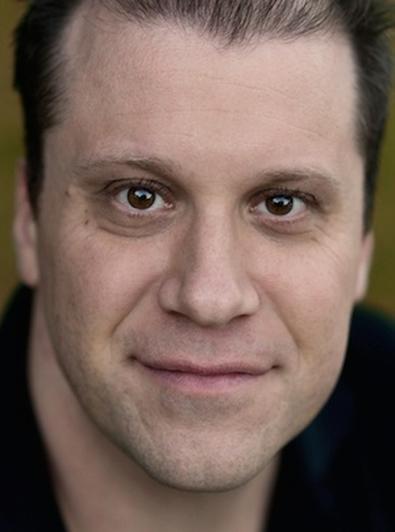 I’ve talked a lot about certain traits an actor has to possess at the bare minimum in order to be successful. A true, deep-seated love of acting is one of them, along with proactive efforts, the knowledge that only you can make your career happen, and a dedication to the craft—all wrapped up with a bow of teeth-gritting tenacity. I cannot emphasize enough that these attributes are the bare essentials for success, given the difficulty of making a career in acting. However, one trait that we haven’t talked about enough is the necessity of thick skin.

It is absolutely crucial to have thick skin—so much of one’s success in show business truly depends on this. I cannot tell you how many times I have encountered or worked with actors andthought, “Wow, so talented, but just doesn’t have the stomach for this business.” These are often actors who need more hand-holding, who worry more about what people think, who spend hours or even days after an audition replaying everything that happened in the room in their mind.

I’m sure some thin-skinned people have somehow managed to forge lasting careers for themselves, but I’m also willing to bet they’re the minority. When you “make it,” you open yourself up to even greater scrutiny—especially now in the age of the Internet. It never fails to amaze me how there are hundreds of thousands of people out there who revel in hating talented actors whom they’ve never met. Some of my celebrity clients have Tumblr pages and entire blogs dedicating to hating them and how “f—ing annoying” they are.

The point is that if you don’t have thick skin, and when you get to this level of success, you’re going to want to bleed out in a bathtub of warm water. If you can’t handle a casting director telling your representation that you “didn’t seem connected” in the room, how are you going to handle A.O. Scott calling your performance “wooden” (or worse), as such criticism is pretty mild for Scott and some of the other notorious critics. Imagine having a nationally recognized critic refer to your performance in a major motion picture as “evocative of someone trying to paint by numbers while locked inside a casket.” Again, now is the time to develop thick skin. If you don’t have any, then you better start growing some fast. If you already have thick skin, it’s time to do everything you can to reinforce it.

Having thick skin truly does revolve around your ability to not give a fuck about what others think—even if you look like an asshole or a freak. Even if your closest and dearest friends say, “Hey, when you did that thing, you really looked like an asshole-y freak.” You need to be able to commit to whatever it is you’ve done (or are going to do) and let everyone else have a blast judging you, calling you a weirdo, calling you a talentless hack, calling you desperate, or seeking attention, or mentally defective.

One way to help develop thick skin is to regularly do things that take you out of your comfort zone. Make a speech at that wedding. Do five minutes of stand-up comedy. Join an improv team and actually invite people you know to shows. Be a street performer for a day. Tell a joke to strangers on the subway, or in an elevator, or in line at the coffeehouse. The best part about this exercise: the worse your performance, the shittier the speech, stand-up routine, street performance, random joke…the more effectively and faster you grow thick skin. Why? Because you’ll probably see the looks of pain, horror, disgust, or pity that flit across peoples’ faces. And all those looks will be the result of something you did.

At the end of the day, you’ll realize that the worst responses to whatever you’ve done are when people don’t respond at all—when you’re ignored or dismissed or treated like you don’t exist. And those might be the moments when you develop the thickest skin.

Joseph Pearlman
Joseph Pearlman is a celebrity and on-set acting coach for Hollywood’s top actors, musicians, and comedians. He works with clients such as Zooey Deschanel, Skylar Grey, Michael Welch, and Julian Sands, and he also coaches presenters for all the major award ceremonies. Pearlman Acting Academy was voted the best acting studio in Los Angeles by the Backstage Readers’ Choice Awards.
END_OF_DOCUMENT_TOKEN_TO_BE_REPLACED