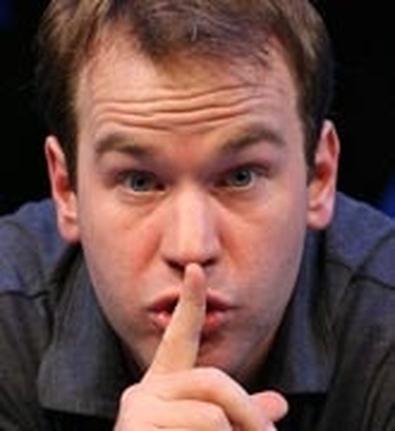 Given his unassuming entrance in his one-man show Sleepwalk With Me, Mike Birbiglia doesn't seem like a performer who could send audiences into gales of hysterical laughter. Birbiglia almost creeps onto the stage to deliver what starts as a "silence your cell phones" announcement but turns into a hilarious warm-up act for the main section of the show: his very funny and ultimately touching story about sleepwalking and REM Behavior Disorder.

Birbiglia spins his tale with ease, filling it with digressions and shrewd insights. With a slightly nasal delivery and boyish charm tinged with self-deprecation that can make the performer seem a bit like an adult Charlie Brown, Birbiglia not only talks about the disasters he experiences because of his sleepwalking (a TiVo is destroyed in one instance); he also discusses a failed relationship with a long-term girlfriend, his battle with bladder cancer, the vagaries of a standup comedian's life, and the nature of such everyday things as the Internet (it's like "an infinite well of nothing," he says).

It's in moments like this last one or during a riff on La Quinta Inns that theatregoers sense Birbiglia's grounding in comedy rather than playwriting, but it doesn't matter; his timing is impeccable, and his ability to underline a moment with a carefully constructed zinger often creates some of the evening's most satisfying laughs. Eventually some of the digressions become almost leitmotifs in the script, and by framing the piece with stories about his father, Birbiglia does indeed create the sense of a complete arc.

Working under the sure hand of director Seth Barrish on a reflective blue set from Beowulf Borritt — the reason for a strange cutout door becomes apparent — Birbiglia delivers his piece with some choice physical gags, winning not only laughs but also hearts.