How Social Media Is Killing Your Career (+ How to Stop It) 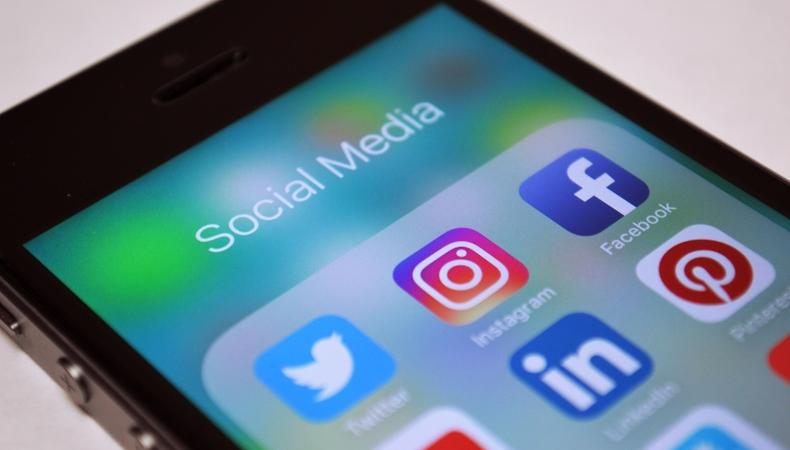 Scan and scroll, scroll and scan. How many likes did you get? How many followers?

Processing social media is now a regular part of our daily patterns of behavior. And for actors, it’s a valuable tool to get your work out there and connect with other artists and industry professionals. But actors beware: left unchecked, social media can start to chip away at your craft and career. Here’s how social media can keep you from success.

Jealousy
Seeing your social media “friends” post photos from the audition waiting room or on set along with #SoBlesed and #ActorsLife can make you feel like you’re not enough. There you are looking at Facebook in socks and underwear eating cereal for dinner in your tiny apartment comparing yourself to a well-filtered image of your Facebook friend next to the steady-cam operator. Then that negative voice inside your head starts to pipe up. It compares you to the actors you see on social media. All of a sudden you’re paralyzed with feelings of inadequacy that prevent forward motion as an actor. Worthlessness sets in and you start to believe that you won’t succeed.

But most often it’s comparing the worst parts of your life with the best parts of other people’s. And when the comparison is with a social media picture or narrative, you’re comparing yourself to a skillfully manipulated image designed to present an image of success. In subtle and not-so-subtle ways, most of us use social media to present a facade to manipulate the viewer into believing something about us that we are trying to be. The comparison is flawed.

READ: The 1 Thing That Can Destroy Your Acting Career

The Death of Creativity
The actual “doing” of social media involves rapid-fire scrolling and scanning, processing images and phrases, stopping only to watch a two-minute video which, because you lack the patience to sit through a two-minute video, requires you to fast forward to the moment where the cat finally knocks over the lamp. Then you post something you think will positively affect people’s opinion of you and, because social media offers a way to actually measure people’s opinion of you by way of likes and follows, you repeatedly go back to your post searching for that feedback.

It’s a never-ending assembly line and each new post, click, and like it churns out gives your brain a quick little shot of an addictive chemical. You begin to train your brain to need the next hit. So after an hour on Facebook, you turn to Instagram. When that gets old you go to Twitter, then Snapchat and then back to Facebook. Then you try reading a book. But you can’t. Your brain won’t let you. It needs another click. Talking, eating, even going to the bathroom now require your brain to be occupied with scanning and scrolling.

But creativity needs boredom. It needs the space to allow your mind to wander. You need time to ask yourself the questions, “how do I feel?” and “what do I want?” And those questions might even make you uncomfortable. But the artist stays present in those questions and that discomfort. It’s where interesting acting lives. When you train your brain to think that each moment isn’t enough you stop feeling deeply. Preparing for an audition requires quiet thought, sensitive feeling, asking and answering hard, uncomfortable questions. Social media can get in the way of that.

The solution?
Be mindful. Slow down. Ask yourself, “What am I seeing here and how does it make me feel?” If a person or post creates anxiety, unfollow or hide it. You have that power. Your feed enters your brain every day. You have to be in command of what you want it to look like. Take a second, think about what you need from your social media, and then weed the social media garden. Get rid of that person who posts negative stuff or someone who makes you feel less-than, etc. And maybe decide to start following a person or group who will challenge the way you think or offer you a different perspective. And beyond that, choose to make some activities sacred and social media-free. I mean, can we sit on the toilet without a phone? Seriously? Or maybe, “no device Sundays.” Actors must make the time to practice being present. Without that practice, being present in the audition room is very difficult.

Look, social media is great. It can connect actors to the industry and each other in amazing ways. But when it turns into habit, a mindless action that chips away at your ability to be present, it’s time to take back the control.

Risa Bramon Garcia
For the past 40 years, Risa has worked as a director, producer, casting director, and teacher. Having directed two features—including “200 Cigarettes”—she has also directed for TV and dozens of plays in New York and Los Angeles. Her casting résumé includes more than 80 feature films and shows, and includes “Desperately Seeking Susan,” “Fatal Attraction,” “JFK,” “The Joy Luck Club,” “The Affair,” “Masters of Sex,” and the original “Roseanne.” She is a founding partner of The BGB Studio, known for revolutionary acting training.
END_OF_DOCUMENT_TOKEN_TO_BE_REPLACED

Steve Braun
Steve Braun is an acting coach, teacher, and communication consultant, drawing on years of acting, Buddhist practice, and martial arts training to help his clients discover and express their unique emotional truth. When he pursued an acting career, he starred in movies, was a series regular many times, and guest starred on numerous TV shows. He is a founding partner of The BGB Studio, known for revolutionary acting training.
END_OF_DOCUMENT_TOKEN_TO_BE_REPLACED