An Agent Reveals How Child Actors Should Be on Social Media 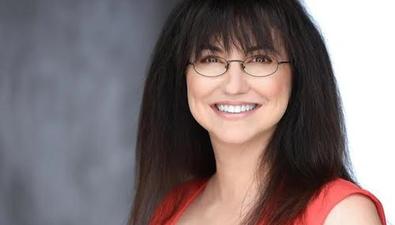 I receive questions from parents every day about their child actors. In the last year a new question has become a frequent visitor to my inbox: “Does my child actor need a Facebook / Twitter / Instagram / YouTube account?” That is a great question! In this new age of social media, how much exposure should child actors have?

Before I answer that question, let me tell you a story....

Last month we booked an actor a lead role in a feature film. This actor has both great film and television credits. He was cast opposite another young actor his age who did not have the extensive résumé that our client has. During negotiations, we learned that the actor with less credits was being offered more money! How is that possible, you ask? We asked the same question! The answer was that the producers were paying the other actor more money because he had more Twitter followers. We ultimately were able to get our client up to the same pay rate as the other actor, but we learned a valuable lesson about the power of social media. Below are five tips to help you navigate the social media world of child actors.

1. Who. Let’s get the ugly one out of the way first. If your child is under 17, the parent should be in charge of posting content to these accounts. In a world of stalkers, bullies, and other unsavory characters, the parent should be the one who posts content, answers messages, and approves posts from visitors. Content should be age appropriate. Your 14-year-old who has the body of a swimsuit model doesn’t need bikini pictures on Instagram.

2. What. The proper content is fun, upbeat, and chatty. New headshots, pictures from on-set (if production allows), pictures with cast mates, friends, or photos of your child after an audition, etc. You want to be engaged, involved, interesting, and showing that you are continuously working toward your goals.

4. When. Every one to two days is fine. You don’t want to flood the page every day so that you are annoying, but you don’t want to post so infrequently that people forget about you.

5. Why. Because in 2015, networks and producers love when talent has a built-in audience. The larger audience that you can build (organically) will sweeten the deal after you have given an amazing audition.

If you are serious about your child’s acting career, attention to the small details adds up over time to complete the picture of a true actor. Social media is part of helping to promote your child’s “brand.” Keep count of your growing followers over time, and it will encourage you to continue. Don’t go overboard with posting; just have fun sharing what’s new.

Be sure and invite me and everyone else you know to “like” these pages!