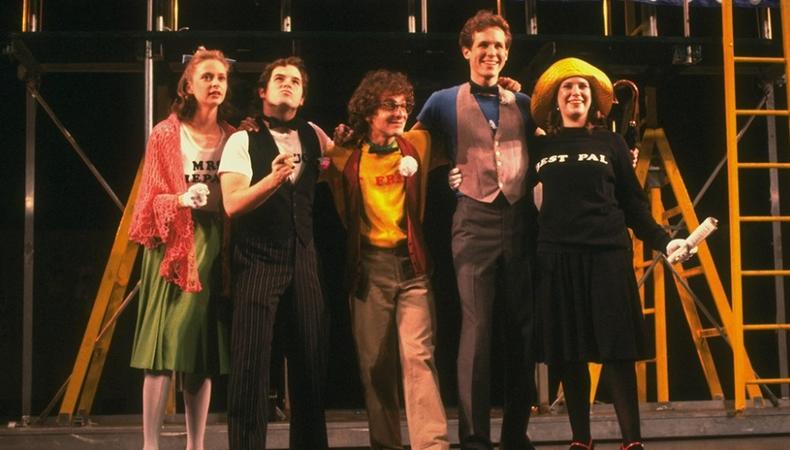 ‘Merrily’ rolls back to New York.
A Stephen Sondheim musical will, thankfully, once again play New York’s stages. Roundabout Theatre Company will produce the Fiasco Theater production of “Merrily We Roll Along,” beginning previews Off-Broadway at the Laura Pels Theatre on Jan 12, 2019. The tuner, which features music and lyrics by Sondheim with additional material from the original play by George S. Kaufman and Moss Hart, will play a limited engagement and announce casting at a later date.

‘Pretty Woman’ finds a new man.
Ahead of its Broadway premiere on July 20, “Pretty Woman” has recast its leading man. Tony nominee Andy Karl, who led 2017’s “Groundhog Day,” will step into the role of Edward, replacing Tony winner Steve Kazee. Kazee, who originated the role in the adaptation’s out of town tryout in Chicago, departs the production due to “family reasons.” Karl joins a cast led by Samantha Barks, in the role made iconic onscreen by Julia Roberts, as well as Orfeh, who is also his wife. An official opening is slated for Aug. 16 at the Nederlander Theatre.

‘KPOP’ gets a comeback.
In the midst of a highly successful awards season, Off-Broadway’s “KPOP” is planning a return engagement. The immersive musical, which played a sold-out engagement through Ars Nova, Ma-Yi Theater, and the Woodshed Collective last fall, is currently eyeing a commercial run in 2019. Having opened at A.R.T./New York Theater, producers plan to mount the follow up run at a different venue. Featuring a book by Jason Kim and score by Helen Park and Max Vernon, the production was recently awarded three Lucille Lortel Awards, including one for Outstanding Musical.

Ars assembles two world premieres.
Speaking of Ars Nova, the Off-Broadway institution has announced two world premiere productions for its 2018–19 season. First up in September will be “Rags Parkland Sings the Songs of the Future,” a new musical by Andrew R. Butler billed as a “sci-fi folk concert.” Then, in early 2019, Ars Nova will open its new downtown location, the 199-seat Greenwich House Theater in the West Village, in which it will shortly thereafter present a still-untitled new play by The Mad Ones, directed by Lila Neugebauer. Casting for both productions is to-be-announced.

Off-Center season takes shape.
Encores! Off-Center has announced stacked slates of talent for its summer lineup. First up, leading Jason Robert Brown’s “Songs for a New World” June 27–30 will be Shoshana Bean, Mykal Kilgore, and Solea Pfeiffer. Then, on July 11 and 12, Susan Blackwell and John Behlmann will lead “Gone Missing,” the musical by late Encores! artistic director Michael Friedman. Finally, “Don’t Bother Me, I Can’t Cope” will run July 25–28 and will be directed by Savion Glover.

Casey Mink
Casey Mink is the senior staff writer at Backstage. When she's not writing about television, film, or theater, she is definitely somewhere watching it.
END_OF_DOCUMENT_TOKEN_TO_BE_REPLACED