Sonny Valicenti on Playing a Serial Killer on Netflix’s ‘Mindhunter’ 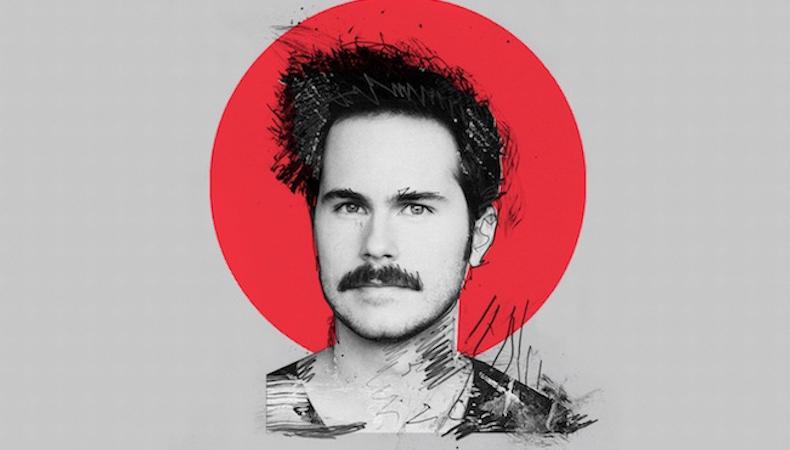 On the Netflix true crime drama “Mindhunter,” Sonny Valicenti plays an unnamed ADT Security serviceman whom viewers see in snippets—until the credits. In a show produced and partially directed by David Fincher, the buildup of ADT man sets the stage for (spoiler alert!) Season 2 and Valicenti as the BTK Killer. Here, he discusses bringing the mysterious role to the screen.

What has working on ‘Mindhunter’ added to your acting skills? When I was cast in the part, really no information was given to me, at least in how it would fit into the story or where it was going to go if there were future seasons. I knew that the character was a serial killer type, so a lot of the work was just building an inner emotional world so that whatever scene they would throw at me, I could apply that template to see how that affects normal human behavior. Because the thesis of the show is much more about human behavior and circumstances and the mental processing and pathology of these people, coming in with somewhat of a blank slate allowed for the work that Mr. Fincher wanted to do.

What was it like working with David Fincher?
Every moment was like a master class. The first thing was walking on set, there were seasoned professionals in every department. This is Netflix, this is very high-level, yet the focus on set, you could tell that everyone was striving for their personal best every day in service of this project and of Mr. Fincher’s vision. He has a very specific vision in his mind, and when he’s doing dozens of takes, a lot of it is crafting this opus, this movement he has in his mind. It just shut out all the noise.

When that noise is eliminated, how does it affect the way you work?
It has a lot to do with the way that he works. Everything felt choreographed. Physically, everything is very precise because he’s got these camera movements that are intricate and specific. He would lay out the thought process for every scene and lay out how these lines come out of this person from this way of thinking. I didn’t feel like I was flailing in a void. For an actor, being in action is the No. 1 job, and he puts you in action the moment you step on set, which is very freeing. I knew where I needed to be in every moment. Especially with the number of takes that he does, that kind of focus allowed for much more depth than perhaps I’m used to.

How do you prepare for an audition for a serial killer type?
Luckily and unfortunately, there are a lot of videos on YouTube. There are interviews, there is footage from sentencing hearings of various serial killers. You get to see these human beings, in some cases, own up to what they did. I started to find that had a very specific life in the body and voice. There were a lot of clues just in terms of how I hold my body, where the placement is in the mouth. All of these things seemed very specific and there were a wealth of tools to use. The inner work, the actor’s job is to understand, and to understand behavior like this is something my mind did not want to focus on. I did not want to ask myself the questions “Where in my life is there something similar, an impulse or compulsion or an area of shame?” and really look into myself… and entertain for as long as I could stand it the circumstances and the actions of the heinous deeds and figure out where that lives. That created a very specific emotional world.

It’s a psychological trip finding the humanity in people who do bad things.
You don’t want to empathize and you’re certainly not condoning, but it’s shocking in a way how accessible some of these emotions are.

Especially with his character, who we see going about his daily life.
I remember when I first walked into that set for that scene where he’s tying the knots. I remember having this bodily sensation of “Oh, I think I get it a little bit more.” Just the size of that room, imagining being in Kansas at that time. There was something so human about it. There’s nothing too alarming about that scene, it’s just tying knots, but there was some recognition of what that might be like.

What advice would you give your younger self?
I think community is probably the most important thing. I went to drama school. You have four years where you’re just surrounded by your peers. You’re constantly seeing what other people can do, you’re getting feedback. The moment you’re out of school and in the real world, how can you keep that machine going? I would say to my younger self, get into a class. Even if it’s just to stay sharp and stay in contact with like-minded people, there’s a collective growth there that you can’t find anywhere else. Another one would be life is the real acting class, so listen up.

Have you ever used Backstage in the past?
I lived in New York for three years before I moved back out to Los Angeles, and Backstage was a real resource for me in terms of finding castings and the interviews with actors, seeing like-minded people discussing their path and their career. It would be at every casting office— there would be endless issues from the last couple of years—and it just made me feel at home.

What was your first headshot like?
[Laughs] I was just graduating college and I had to get up at six that morning. I remember getting the photo back and realizing, I have to learn how to groom myself. I need to learn how to keep my eyebrows looking good. I think I was far too close to the camera and definitely could’ve used more sleep. Who knew that smiling was such a complicated act?