Spend Sundays at the Palace with Lin-Manuel Miranda 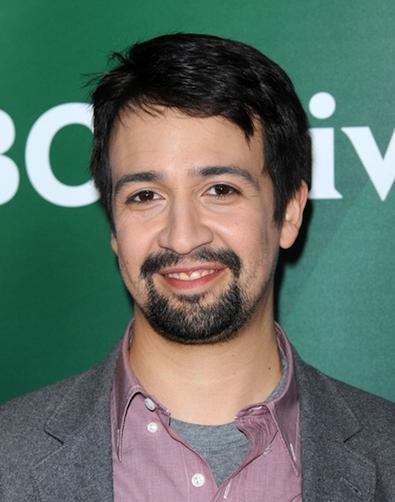 When Lin-Manuel Miranda drove up to the United Palace Theatre for the second installment of his new monthly film series “Sunday Movies at the Palace With Lin-Manuel Miranda,” he had Rita Moreno in tow. They were billed for a Q&A preceding the showing of the iconic “West Side Story.” “We drove up and she asked, ‘Is anybody gonna show up?’ And [then] she saw that line around the block...and gasped.”

One thousand five hundred and eighty anybodies showed up.

Miranda first discovered the Palace two years ago in preparation for the five-year reunion concert of his Tony-winning musical “In the Heights.” “I’d seen that building for years and never been inside,” he told Backstage of the United Palace Theatre on West 175th Street and Broadway. “It really is such an incredible theater, and the fact that the outside is so unassuming, you’d never guess that it was in such great shape and so glorious inside.” It was the space itself that inspired Miranda’s endeavor.

With the help of Mike Fitelson, executive director of United Palace of Cultural Arts, and his father, Luis, Miranda was able to launch this inaugural year of his film series Jan. 12 with “The Muppets Take Manhattan.” “We’re here to bring folks uptown, to discover the space, to bring the community together,” he said. Renowned for his acting and writing, Miranda has now evolved into a sort of “culturist,” cultivating the arts as exciting and accessible in previously underinvolved neighborhoods like the Heights. Part of his success in this is affordability. “The difference between the movies and theater: It’s 10 to 15 bucks,” he said. “You’re not going to get a better show for that price in New York City.”

Miranda has a squad of volunteers working for the effort, all helping to create an “only in New York” experience that is underlined by the top talent the evenings attract, such as Moreno.

Moreno certainly drew audiences Feb. 23 as she dazzled the crowd with insider stories: how the Shark Girls’ heels kept getting stuck in the authentic roof tar during “America,” how the Jets did 26 takes of “Cool.” “We’re never gonna see that movie the same way again because of that talk we had,” Miranda said. “[The preshow] puts us in the frame of mind to watch the movie maybe with a fresh set of eyes.” Miranda is currently cooking up his preshow for March’s “Ghostbusters” screening.

In deciding the lineup for what Miranda intends to be the first year of a lasting tradition, he considered movies “where New York is a main character—that show New York in a very specific way.” He is uniting New Yorkers around the city we first fell in love with, and he is very clear about the preciousness of the moment and the setting he has chosen.

The next installment of “Sunday Movies at the Palace With Lin-Manuel Miranda” will feature a screening of “Ghostbusters” March 23. Visit unitedpalace.org/events.