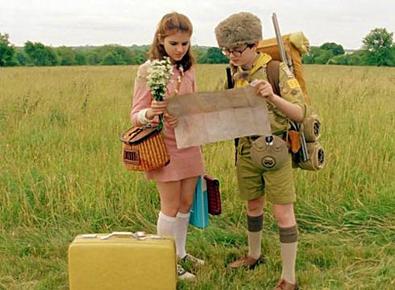 Focus Features' early-in-the-year hit "Moonrise Kingdom" has received a nice awards boost in the last 24 hours, first scoring the top prize at the Gotham Awards on Monday night, and then topping today's Spirit Award nominations with five nods, including Best Picture. That tied it with The Weinstein Company's "Silver Linings Playbook," which also received five nominations. Also faring well were Fox Searchlight's "Beasts of the Southern Wild," Music Box Films' "Keep the Lights On," and IFC's "Middle of Nowhere," which each earned four nods. "Middle of Nowhere" is also getting a nice boost from the indie scene, having scored the Breakthrough Actor Gotham Award for its star Emayatzy Corinealdi.

Unlike in years past, don't expect too much crossover between the Spirit Awards, which honors the best in independent film, and Oscars. While "Moonrise Kingdom," "Beasts of the Southern Wild," "Silver Linings Playbook," and "The Sessions" will all feature into the Oscar race, it's doubtful many of the other films will manage to break through. These include the excellent "Bernie," starring Spirit Award nominee Jack Black, and smaller gems like "Sound of My Voice," "Safety Not Guaranteed" and "Celeste and Jesse Forever"--all of which feature powerful female leads. Matthew McConaughey has an outside chance to earn an Oscar nom for his work in "Magic Mike," which was recognized by the Spirit Awards in the Best Supporting Actor category. McConaughey was actually a double nominee at the Spirit Awards, also earning a lead actor nod for his work in "Killer Joe."

The nominations were announced on Tuesday morning at the W Hotel in Hollywood by actors Anna Kendrick, Zoe Saldana, and Common. The awards will be held on February 23, the day before the Oscars. The nominees are determined by a select panel, but winners are voted on by all members of Film Independent.

The Nominees for the 2013 Film Independent Spirit Awards:

JOHN CASSAVETES AWARD - Given to the best feature made for under $500,000.
“Breakfast with Curtis”
“Middle of Nowhere”
“Mosquita y Mari”
“Starlet”
“The Color Wheel”

BEST DOCUMENTARY
"The Central Park Five"
"How to Survive a Plague"
"The Invisible War"
"Marina Abramovic: The Artist is Present"
"The Waiting Room"

TRUER THAN FICTION AWARD
"Leviathan"
"Only the Young"
"The Waiting Room"

PRODUCERS’ AWARD
"Nobody Walks"
"Prince Avalanche"
"Stones in the Sun"