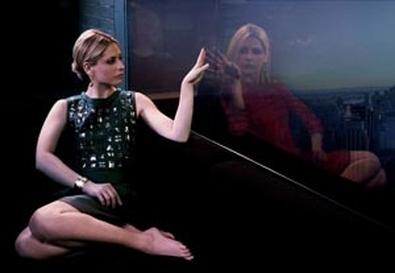 Photo Source: The CW
The Hits and Misses of the 2011-2012 Television Season
Experts estimate that only 15 percent of the new shows will survive the season. Though it's impossible to predict what audiences will respond to, we've compiled this preview of some of the most promising shows.

Ginnifer Goodwin Brings Snow White to Life in 'Once Upon a Time'
Ginnifer Goodwin has made a career of playing likable ladies—women the audience is willing to follow on a journey even when their actions are questionable.

An NYC TV Production Boom Gives Actors Reason to be Optimistic
Bloomberg appeared at Steiner Studios to tout the record number of prime-time television shows, 23, currently being shot in the city—among them "Pan Am," the new ABC drama.

Actors to Keep an Eye on in the New TV Season
Kathryn Hahn, Stephen Lang, and Beth Behrs and three actors to watch in the upcoming fall television season.

New Fall Shows
Here's a look at the new shows premiering in the fall 2011-2012 television season.

A Look at What Kinds of Actors the New Shows are Seeking
Back Stage spoke with the casting directors of four new shows to find out what they might be looking for.