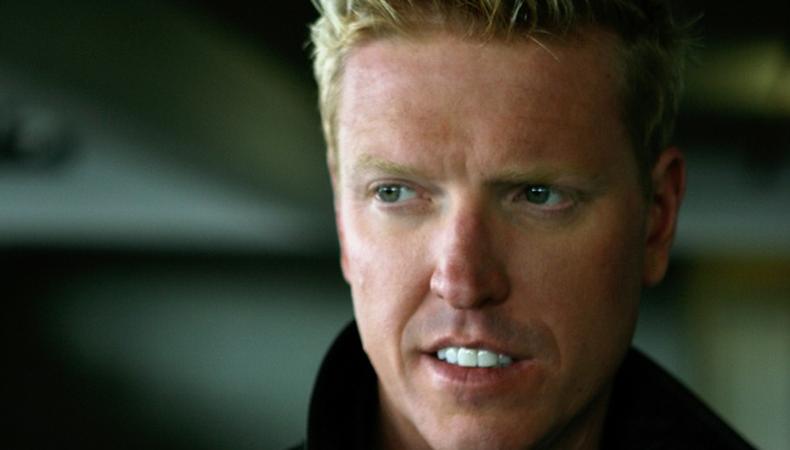 Jake Busey (“Starship Troopers”) is starting the second chapter of his acting career. After a Hollywood hiatus, Busey is taking on Professor Tanner, an “Indiana-Jones-meets-Basil-Exposition” archaeologist type, in the new Robert Rodriguez–helmed series “From Dusk Till Dawn” on the El Rey Network.

On auditioning for Robert Rodriguez.
“It was something I wanted to sink my teeth into, and I spent four days straight working on the material. They were in Austin working on the first episode; we did a Skype audition, which was a first for me. It was strange and hard not to be nervous. I did the audition and I was like, ‘Yeah I kicked ass on that.’ But they had such good poker faces! I didn’t know if I did good or not. A day or two later, they said, ‘We want you to do this thing, come on down to Texas and let’s get ’er done.’ ”

On breaking his typecast.
“[Robert] likes to cast actors in roles that other people would not cast them in; he wants to see the other side that we haven’t seen from an actor. People know me for playing villainous, offbeat characters, and Professor Tanner has his hair combed and wears a cardigan sweater over a collared shirt.”

On revitalizing your career.
“If you’re not making other people aware of your existence and approaching it with humility at the same time, you’re going to continue to be in that [rut]. You have to get out and be seen. If you’re not in someone’s face, they’re not going to remember you. So get yourself back into an acting class, get a coach. Do those things you did when you were 20 and wanted it so bad.”

On “From Dusk Till Dawn: The Series.”
“The show really explores all of the deeper nooks and crannies and possibilities of things going on with the characters—the undercurrent of the story and the reality that they were living in, issues they were having. Actors will say things like, ‘What’s my motivation for this?’ The series will lay out for the audience what all the motivations were for all the actions the characters took in the film. It’s like, ‘Here’s the whole story and then here’s some more.’ ”

On ending complacency.
“I had some downtime with my career and...I got complacent. I saw films I wanted to be a part of come and go, and I’d get opportunities and then slowly, I was changing agents, and they were getting smaller and smaller over the course of five or seven years. I started doing independent films to pay the bills and try and maybe find that ‘Little Miss Sunshine’ kind of thing. I was fortunate to be called by Mark Young, who did a film called ‘The Killing Jar’ I had a role in, and then he asked me to be a part of ‘Wicked Blood.’

Briana Rodriguez
Briana is the Editor-in-Chief at Backstage. She oversees editorial operations and covers all things film and television. She's interested in stories about the creative process as experienced by women, people of color, and other marginalized communities. You can find her on Twitter @brirodriguez
END_OF_DOCUMENT_TOKEN_TO_BE_REPLACED