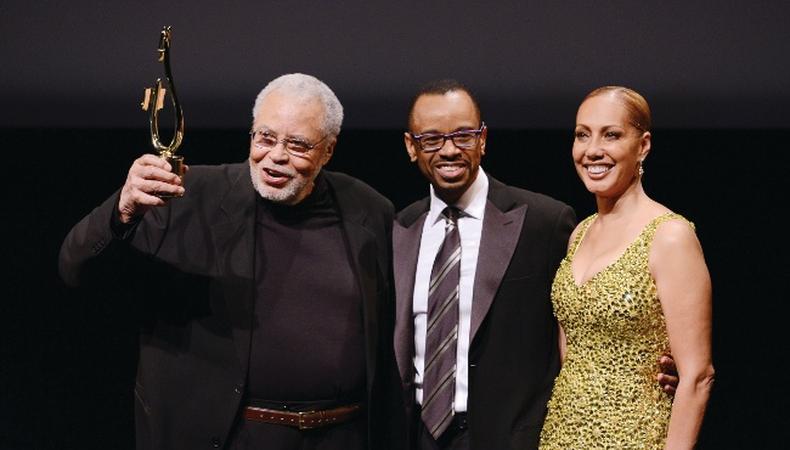 “There is magic in the human voice,” said James Earl Jones, accepting the first-ever Voice Arts™ Icon Award. Created by the Society of Voice Arts and Sciences as part of this year’s That’s Voiceover! conference, the Voice Arts Awards recognized the magic of the voiceover industry’s foremost actors at the Museum of the Moving Image in Queens, N.Y., on Nov. 9. Rudy Gaskins, Joan Baker, and Steve Ulrich, the ceremony’s creators and presenters, hope to raise the profile of vocal talent worldwide, and promise to make the VAAs the “Oscars for Voice.”

Professionals in a wide-ranging cross section of entertainment media were honored at the ceremony in categories spanning film, television, commercials, audio books, and gaming. Jones’ award recognized his lifetime of elevating voiceover performance, including his work as Darth Vader in “Star Wars,” Mufasa in “The Lion King,” and at CNN, where his signature bass has introduced nightly news segments for decades. The actor attended the festivities with his fellow cast mates of the current Broadway hit “You Can’t Take It With You.”

The That’s Voiceover! conference, which is designed to connect aspiring artists with industry professionals, concluded Nov. 10 when the Society of Voice Arts and Sciences presented the Backstage Vanguard Award for Education (sponsored by Backstage magazine) to Pat Fraley. The actor and vocal trainer has lent his extraordinary talents to more than 4,000 animated characters in everything from “Monsters, Inc.” to the “Teenage Mutant Ninja Turtles” television show.

The VAAs ceremony included a special tribute by Fraley, who introduced a video retrospective of the late Robin Williams’ career. A portion of the proceeds from the event funded the American Foundation for Suicide Prevention and the Alzheimer’s Association. That the evening’s guest list was peppered with some of the voiceover acting world’s biggest names seems proof that the VAAs will serve as the measuring stick of this billion-dollar industry for years to come.