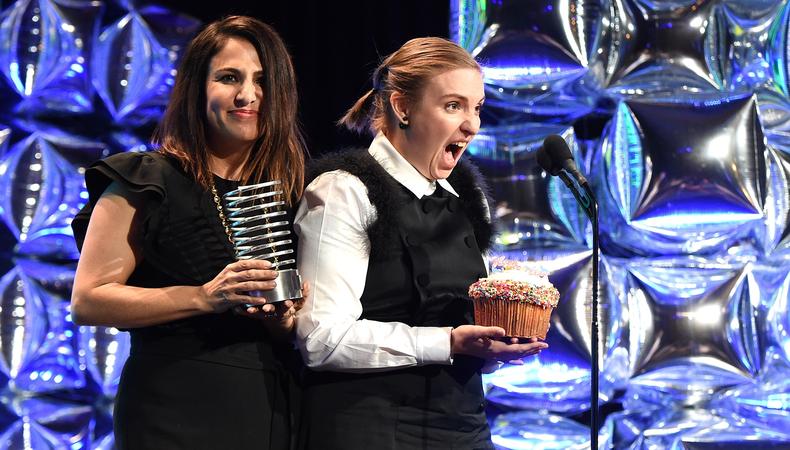 The 21st annual Webby Awards were announced today, meaning the best and brightest personalities and artists on the web will soon receive what are known as “the internet’s highest honors.”

Among the winners were Lady Gaga, Malcolm Gladwell, Jimmy Kimmel Live!, Lena Dunham’s “Women of the Hour” podcast, and The New Yorker. In addition, several Special Achievement honorees were announced: Solange, the Women’s March, and actors Steve Buscemi and Gillian Anderson, and more. Come May 16 they will all be feted in a starry New York City ceremony hosted by actor Joel McHale.

This year’s awards, presented by the International Academy of Digital Arts and Sciences (IADAS), received 13,000 entries—for websites, social media, podcasts, film and video, and more—from all 50 states, plus 70 other countries. While winners were decided by a panel of Academy judges that included Jimmy Kimmel, Eva Chen, and Questlove, almost 4 million votes were cast digitally from fans in 235 countries around the world to choose the winners of the Webby People’s Voice Awards.

Check out the full list of winners and honorees here, and don’t forget to tune into webbyawards.com May 16 to watch the 21st annual Webby Awards on demand!

Want to land a role on the small screen? Check out our TV audition listings!

Jack Smart
Jack Smart is the awards editor at Backstage, where he covers all things Emmy, SAG, Oscar, and Tony Awards. He also produces and hosts Backstage’s awards podcast “In the Envelope” and has interviewed some of the biggest stars of stage and screen.
END_OF_DOCUMENT_TOKEN_TO_BE_REPLACED