Why Your Emotions Read as Fake Onstage (+ How to Fix It) 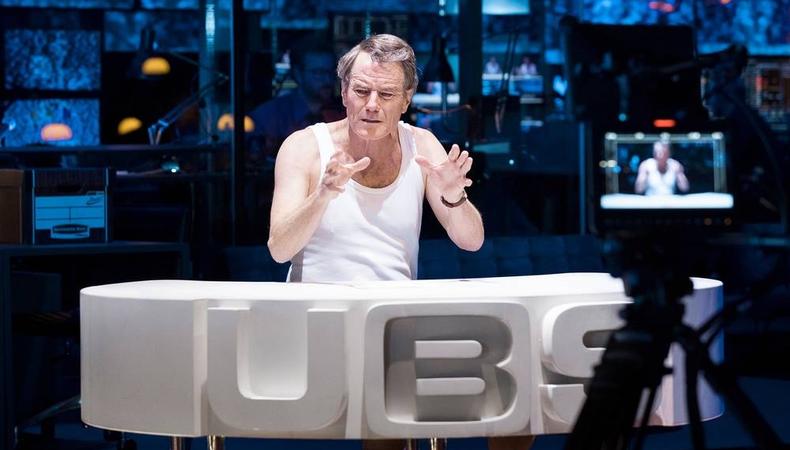 Your performance has to reach the very last row of the theater. It’s the advice stage actors have received since the dawn of the craft, but how can that coexist with sincere emoting if humans, generally, do not live their lives projecting to the back of the house? Well, it can, and Backstage Experts will tell you how.

Locate your audience.
“The big difference between acting onstage and on camera has to do with distance. On camera, most of the time your scene partner isn’t more than a few feet away from you so you just talk with them like no one’s watching.

“On stage, your physical choices have to communicate your intent to an audience that’s sitting 30, 40, 50 feet away or more. On camera, that’ll look like you’re trying to be understood in a busy bar at happy hour. It’s gonna be too big.” —Philip Hernández, audition coach, NYC-based actor, and Backstage Expert

Give your character a detailed backstory.
“This starts before you even begin rehearsals. Ensure you have proper knowledge of what you think the play and your character are about. This way, by the time you get into rehearsal, you’ll be ready to make decisions regarding your character. It is very important to create a backstory for your character. You should know that you’ve been chosen because you’re the right person for the part. Extract your confidence from that, but stay focused on the part you’re playing so that when you walk on stage, the audience will believe you.” —Ken Lazer, casting director and Backstage Expert

Theater audiences will know if you haven’t done your homework.
“Flair, comic timing, and a way with accents are all well and good but they aren’t acting. Acting is being in character. Some people get away with not building characters for certain films but audiences almost always know the difference, especially on stage. They might not be able to put into words why certain actors are “great” and others aren’t worth comment but it’s normally because some are character builders and others don’t take the time.” —Laurence Cook, director and dramaturg

No seriously, locate your audience.
“The biggest difference between performing on stage and performing for the camera is the location of your audience. On stage, the audience can easily be 100 feet or more from the performers. Since the audience must see and hear a performance to enjoy it, stage performers must act for the back row. The result is a larger than life performance since the other actors are only a fraction of that distance from you.” —David Patrick Green, professional actor, founder of hackhollywood.com, and Backstage Expert

Set a goal for every scene.
“As actors, we like playing the pain in the scene, we like to suffer, and I’m as guilty of this as anyone. However, what helps the scene the most, and us of course, is when we try to solve the problem in the scene. Given the option, most actors will pick fighting on stage because it’s easier and less vulnerable. Loving is always harder and more vulnerable in life, so why should it not be for the stage?

“The moment you work for the agreement in the scene, you give yourself an objective—something to work towards. You begin to use yourself and your imagination in the scene. You almost have to because now you’re working towards the goal and not playing a general mood or emotional state.

“It’s a much stronger choice when you work hard for the friendship in the scene, even when it’s apparent that the two characters hate each other. Remember, it’s useless to argue for the sake of arguing. As in life and on stage, you always get more with sugar that you do with vinegar.” —Douglas Taurel, producer, actor, and Backstage Expert

You’re never done training.
“I teach beginning acting, as well as direct actors of all ages around town. They all have one thing in common these days: not enough continuous training. It’s not enough to say, ‘Well, I got my degree at such-and-such conservatory.’ That’s all very nice, but that doesn’t mean you no longer need to take classes. Your body and your voice are the only tools you have to create characters. They need to be constantly exercised, further trained, and challenged. You can always be better; you can always be stronger.”—Tim Hedgepeth, co-founder and artistic director of Allegro Stage Company in San Antonio, Texas

Go to the end of the line—literally.
“The best actors commit their vocal energy to the end of the line. If you listen closely, you may find that in everyday speech we drop the ends of our sentences. This might feel normal and natural to you. On the stage, however, this can lead to key plot points being missed or a punchline with no laughter!” —D’Arcy Smith, associate professor of voice and speech at the University of Cincinnati and Backstage Expert

Casey Mink
Casey Mink is the senior staff writer at Backstage. When she's not writing about television, film, or theater, she is definitely somewhere watching it.
END_OF_DOCUMENT_TOKEN_TO_BE_REPLACED