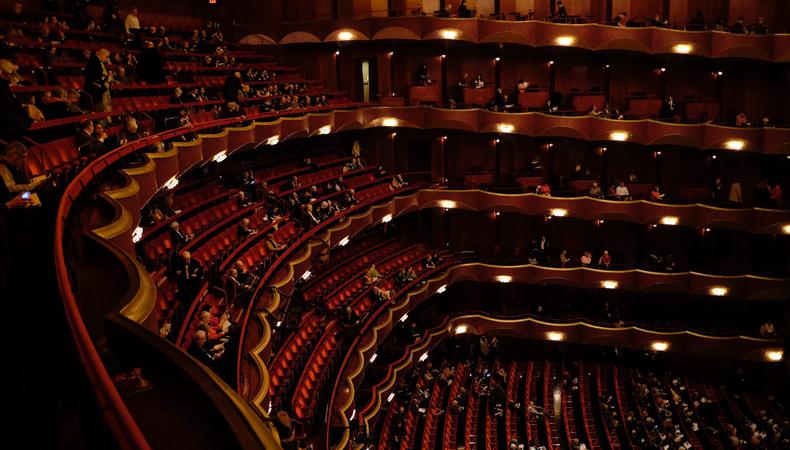 The Metropolitan Opera has locked out members of IATSE Local One stagehands, after the union refused to agree to pay cuts. Like most live performance venues in New York City, the Met Opera has been shut down since March 12 due to the COVID-19 pandemic and workers have been furloughed without pay since. The company also cancelled its 2020-21 season in September.

The Met says that it has lost $154 million in revenue due to the pandemic and needs to cut pay for union workers in order to survive until it reopens. It proposed to IATSE Local One a 30% pay cut, and up to $1,500 a week in payment to furloughed workers. Half of those pay cuts will be restored once the Met’s box office and donations returns to pre-pandemic levels. The negotiations have been ongoing since July, when IATSE Local One’s contract with the Met expired and both entities came to the table to discuss the terms of a new five-year contract. The Met employs around 300 union stagehands.

“It’s outrageous for the Met to lockout its stagehands during the pandemic, and to leverage them for conditions the company was unable to get in normal times,” said IATSE International president Matthew D. Loeb in a statement. “It’s opportunistic, despicable, and demonstrates a  real lack of compassion for so many in these already trying times.”

A few dozen stagehands have returned to the Met, to perform maintenance on already-built sets. Those workers were sent home once the lockout was implemented on Dec. 8. If the lockout continues, union stagehands won’t be able to start constructing the sets that the Met will need for its 2021-22 season (the Met hopes to re-open on Sept. 27, 2021). The Met says that in 2019, a fulltime stagehand earned, on average, $260,000, including benefits.

In an interview with ABC News, the Met’s general manager Peter Gelb said that if an agreement isn’t reached by the spring, the opera will look into hiring non-union labor. “It takes months to build sets. With a lockout, it enables us to consider the possibilities of other options,” he said. “There are other construction shops in this country and around the world that are not union.” According to the  New York Times,  the Met also instituted pay cuts to staff and Gelb has not taken a salary since March.

The Met’s move has been met with criticisms across multiple unions, which accused the opera of using the pandemic to gut hard-won workplace protections. Metropolitan Opera Orchestra, represented by American Federation of Musicians Local 802, issued a statement saying that they supported IATSE: “While our union contracts are separate, we are faced with this in common: Met management is exploiting this temporary situation to permanently gut contracts of the very workers who create the performances on their global stage, while disingenuously advertising lasting cuts as the only way forward.”

The Coalition of Broadway Unions and Guilds also issued their own statement, saying, “The Metropolitan Opera is using this pandemic to its own benefit to lower worker pay and eliminate conditions at work for perpetuity under the guise of short-term financial assistance that may not even last until performances can once again reopen.” It ended the statement with: “COBUG's members understand and see the choice Local One stagehands are faced with and will stand together with them. To borrow a phrase from the NYC stagehands—‘We are all One!’"

Unfortunately, the developments at the Met are not unique. According to the Washington Post, arts organizations large and small around the country have asked for contract concessions from unions, including pay cuts, in order to stymie their profit losses because of the pandemic. Recently, the New York Philharmonic (which is also represented by AFM) agreed to a 25% pay cut until August 2023, after which their pay will gradually increase until the end of the new contract in September 2024. The end pay will still be less than what they were paid before the pandemic.

The Met employs around 2,500 union workers, and labor costs account for $200 million of its $300-million annual budget.

According to IATSE, the Met is making similar demands of the other IATSE Locals that service the Met (such as wardrobe, make-up artists and hair, and United Scenic Artists). An email from IATSE Local One leadership to its members said: “All unions who service the Met Opera have contacted me today to offer Local One their full support. The Met is making the same demands of each of them, and we all agree our members will not bear the full burden of the Met Opera’s inept managerial capabilities and waste of monies.”