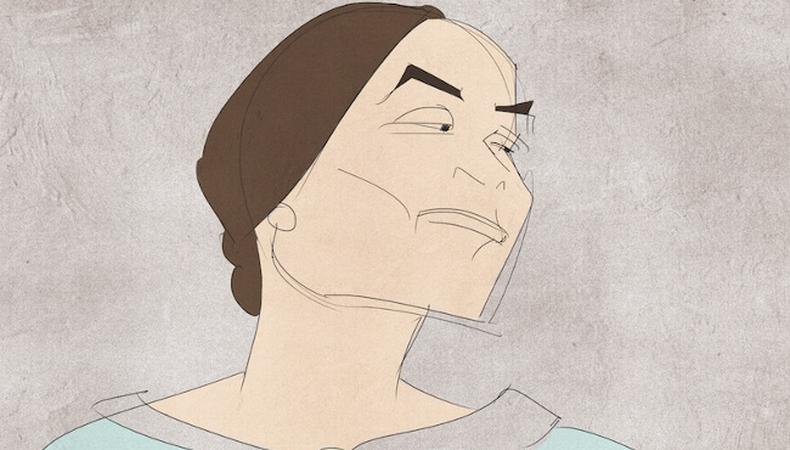 "It was the way she walked up and down those stairs.”

Theater performances are, by definition, ephemeral. While occasionally a gifted actor will come along and deliver a performance so bright it shines forever in the audience’s brains, those performances still only live on through memory. With that in mind, I asked a few friends and colleagues who had also seen Cherry Jones in the 1995 Gerald Gutierrez–directed Lincoln Center Theater revival of “The Heiress” by Ruth and Augustus Goetz what they remembered most about her performance. They all said, “It was the way she walked up and down those stairs.”

Admittedly, everyone also mentioned the pure emotional truth that Jones had achieved as the charming-in-private, plain-in-public Catherine Sloper, a woman whose mother had died during childbirth and whose father had never forgiven her for it. But everyone always mentions “emotional truth” when it comes to Jones’ performances today. Where’s the fun in that? Whereas her stair acting, a seemingly minor bit of physicality, had not only universally seared itself into the audience’s collective memory, but had not been given the due it deserves. Until now.

There was her first entrance, where she seemed to float impossibly down the stairs with the kind of practiced precision that makes the Herculean seem effortless. While in life Cherry Jones stands at 5’8”, her Catherine Sloper seemed far smaller on stage—standing next to the diminutive Frances Sternhagen, no less. One can imagine both Catherine and Jones rehearsing scurrying down those stairs as quickly and unobtrusively as possible over and over: a mouse of a girl hiding from the attack of her father’s bitterness and disappointment and a steel magnolia of an actor perfecting her best shrinking violet.

As Catherine negotiated uncharted emotional waters with her suitor-of-dubious-intentions, her father’s distrust of said suitor, and her disillusionment with both of them, her gait on the stairs also became less mature as stormy emotions continued to cloud the sunshine of what Catherine had assumed was finally true love. And then there was her final climb. With her would-be-suitor standing outside calling her name, Catherine ascends the stairs holding her lamp, the darkness closing in for a final amalgamation of inner pride and triumph mixed with the heavy resignation of loneliness and the burden of financial fortune.

While comparing film and theater performances is apples and oranges, it’s important to note that while Olivia de Havilland’s Oscar-winning performance was wonderful, she spent the last scene telegraphing so obviously Catherine’s transformation from sheltered, wide-eyed ingénue to a woman hardened by the constant cruelty of others that the dramatic inevitability of the ending we were hurtling toward seemed just that: inevitable. Jones’ Catherine, on the other hand, laid her trap carefully for maximum destruction—after all, she was “taught by masters,” as the play’s most famous line goes. Catherine had six months of traveling alone with her miserable father to plan and practice her revenge with the same precision she had once used for making herself invisible and inoffensive. The audience’s knowledge of the ending was irrelevant; Jones made you not only hope but believe that somehow, despite everything, things would end happily for Catherine Sloper. But of course they don’t.

While Jones already had a Tony nomination for the little-seen play “Our Country’s Good,” it seemed her performance in “The Heiress” was not only revelatory in the context of the play but also in the context of the New York theater galaxy. At almost 40 years old, Cherry Jones was an overnight sensation, a Broadway star, and a Tony winner. And an expert stair actor.

A.J. Fox is a food critic, a recipe developer, a social media strategist, and a former casting director.