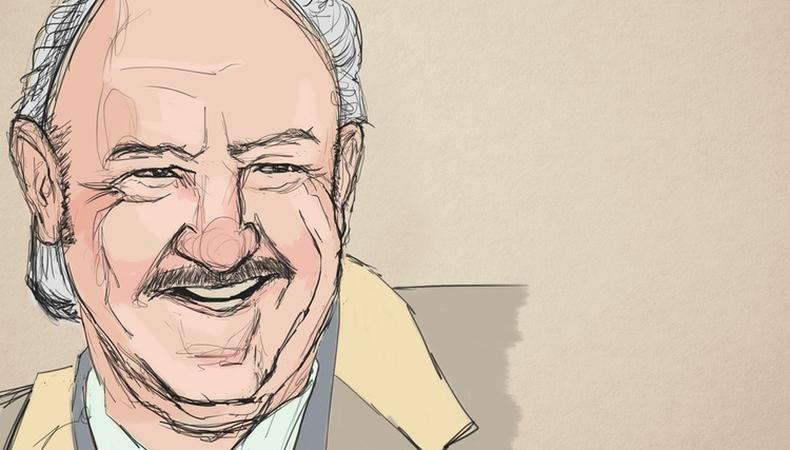 Finding an actor everyone loves is difficult—but I think Gene Hackman falls into that category. It’s not even that, like Tom Hanks, his characters are almost all lovable mensches, because Hackman is magnetic even and maybe especially as a scumbag, which is what makes his performance as Royal Tenenbaum so perfect.

The 2001 film, Wes Anderson’s third, revolves around Tenenbaum children Chas, Margot, and Richie, who never fulfilled their childhood potential as geniuses and have grown distant from their father, Royal. Various crises propel all three back home to their mother, Etheline (Anjelica Huston)—and when Royal suddenly reappears to announce that he’ll be dead of stomach cancer in six weeks, the entire family is reunited in the house on Archer Avenue.

Royal doesn’t have cancer, obviously: He’s heard that another man proposed marriage to Etheline. Also, he’s broke and has been kicked out of his suite at the Lindbergh Palace Hotel for nonpayment of bills. Making amends with his children is just part of the con, but even when they think he might really be dying, they’re not very receptive to his overtures. Nor should they be: He’s dismissive with Chas (Ben Stiller) about the death of his wife in a plane crash; he insists on reminding Margot (Gwyneth Paltrow) that she’s not biologically related to the rest of the family; and he needles Richie (Luke Wilson) about the disastrous tennis match that ended his career. When his con is exposed, Royal needs a new scheme. He lands on remorse/humility. And it works!

Royal gets an honest job, apologizes to Margot, respectfully stays away from Chas’ two sons, and finally grants Etheline a divorce that gives her a chance to marry her lover, Henry (Danny Glover). The reason we believe in this transformation is partly Anderson’s script but mostly the choices Hackman makes. Even in the jerk years, he seems less cruel than just thoughtless. More than anything else, it’s being challenged by Henry, an upstanding man admired by Royal’s children, that prompts Royal to reconsider his behavior and the effect he has on others. Even if he doesn’t think the result will be a reunion with Etheline, Royal pursues a respectable existence for its own sake, because Henry has presented an appealing alternative to the kind of life Royal’s always led. “I didn’t think so much of him at first,” Royal cheerfully says of Henry as he delivers the divorce papers for Etheline to sign, “but now I get it: He’s everything that I’m not.” Royal goes on to admit that he’s “always been considered an asshole,” and Henry corrects him: “I don’t think you’re an asshole, Royal. I just think you’re kind of a son of a bitch.” The distinction between the two terms feels like something to which Hackman gave a lot of thought.

In the end, what began as a fraudulent plan for Royal to atone for his crappy parenting turns into the real thing, as he gets the pleasure of riding garbage trucks with his grandsons and Chas, and the comfort of Chas’ company when a heart attack ends his life. Throughout, Hackman takes us through every stage of Royal’s evolution, imbuing the character with life that doesn’t always come through Anderson and Owen Wilson’s extremely deadpan writing. Royal’s epitaph—“Died Tragically Rescuing His Family From the Wreckage of a Destroyed Sinking Battleship”—may be one last lie, but at least it’s one with which his family is willing to play along. We might not believe it if not for Hackman’s performance, which convinces us that someone who’s kind of a son of a bitch could redeem himself, deserve grace, and be allowed to make his fabulations into his legacy.

Tara Ariano co-founded Television­WithoutPity.com and Fametracker.com before co-founding Previously.TV. She has contributed to New York, The New York Times Magazine, Slate, Grantland, and The Awl, among many others.