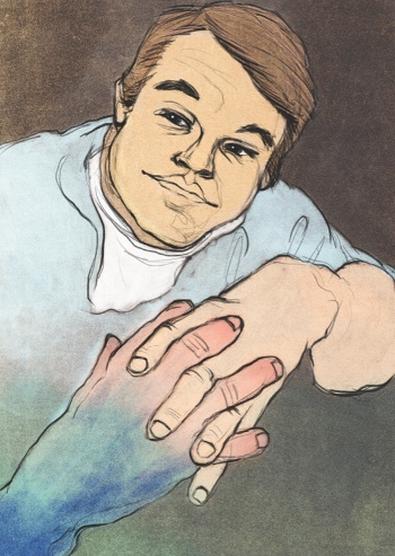 No filmmaker in the world could use a line like this today without bracing for an onslaught of rotten tomatoes: It’s trite, it’s too clever by half, and it’s painfully self-aware. But in 1999, the combination of earnest hopefulness and hyperconsciousness that marks Paul Thomas Anderson’s “Magnolia” was allowed to exist on its own merits.

That was a year when big-budget, commercial cinema was still allowed to have ideas, be weird, and employ intricate devices. From the pop detritus of the ’90s—the candy-colored rom-coms and TV remakes—came “American Beauty,” “Eyes Wide Shut,” “Being John Malkovich,” and “Fight Club.” It was before M. Night Shyamalan had played his one note too long and the twist ending of “The Sixth Sense” was a genuine surprise. And it was the moment Paul Thomas Anderson, coming off one Sundance Institute darling and one popular sensation (aided by a prosthetic penis), was given the freedom to write his own ticket. What he came up with was a three-hour discourse on child abuse, coincidence, and cancer, which just happened to feature the biggest movie star of the decade in a startlingly reprehensible role.

While Tom Cruise was the marquee name, the real casting coup was Philip Seymour Hoffman as Phil Parma, the male nurse who attends to Jason Robards’ Earl Partridge. At the time, Hoffman had been playing capital-C characters: blowhards and fools (in Anderson’s two earlier films), drag queens (in Joel Schumacher’s misguided “Flawless”) and butlers (“The Big Lebowski”). But in “Magnolia,” his direction was to be uncomplicated, caring, and good, a foil for the whirlwind of emotion that drives the film’s ensemble cast.

His scenes are almost always intercut with Cruise’s; the two sons of Partridge, one legitimate and abandoned, one adoptive and appreciated. It is in this juxtaposition that Hoffman’s ability shines; his scenes stand up to the Oscar-nominated manic loathsomeness of Cruise’s misogynist dating guru Frank T.J. Mackey, his gentle presence a welcome balm after the sociopathic assault of Cruise’s seminar.

Hoffman serves as equal parts surrogate for our own reaction to the film and oasis from its unbearable sense of looming disaster. When the pivotal rain of frogs begins, he looks out at it and, perplexed, asks, “How are there frogs falling from the sky?” at just the moment you are wondering if it could be possible this film has just thrown a biblical plague into the mix. His is the only character who isn’t connected to the larger map of pain that links the others.

His actions are small and simple, driven by what appears to be one beautifully modulated motivation: the almost canine impulse to accomplish the task before him out of pure, uncomplicated loyalty to his patient. But in that one driving force we see, variously, a man defined by his work, emotionally invested in the lives of others because of a lack in his own, someone who wants to believe he is indispensable but knows he’s not, who never quite manages to be the centerpiece of any scene he’s in. He is good in the face of his own unimportance. Wouldn’t we all like to be?

Regan Hofmann is a food writer and critic whose work has appeared in New York Press, FirstWeFeast.com, and the Village Voice, among others. She runs the audio-books division of eMusic.com.