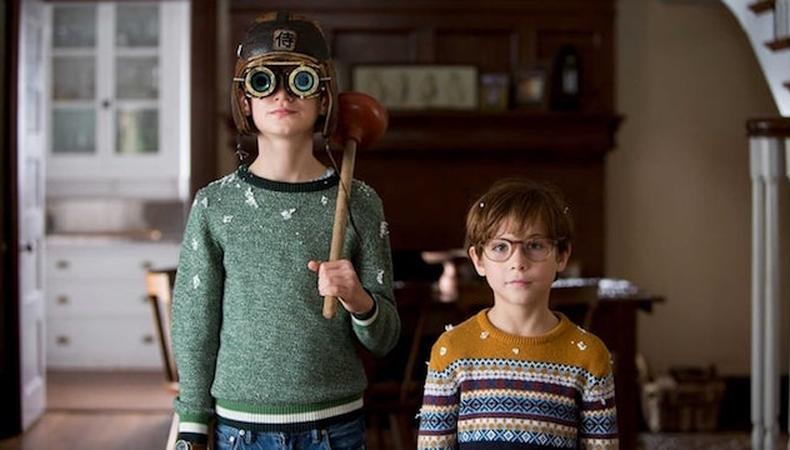 “Jurassic World” writer and director Colin Trevorrow sneaks into theaters this weekend with passion project “The Book of Henry” before his “Star Wars: Episode IX” gets underway for 2019. The unconventional family story follows a young boy genius, Henry (Jaeden Lieberher), and his off-kilter day-to-day with his mother (Naomi Watts) and brother (Jacob Tremblay). Backstage caught up with Trevorrow to discuss the film, working with kid actors, and the difference between acting on a blockbuster versus an indie.

For someone who often writes their own work, how is it that you came on to direct Gregg Hurwitz’s script? What made you want to sign on in the first place?
That screenplay, which is 20 years old and has changed so much over time, captured the moral clarity of childhood in this unexpected and emotional way. It just grabbed me and I couldn’t let it go. This character [Henry] has that clear sense of right and wrong that you feel with a kid, and he thinks apathy is the worst thing and he can’t stand by while others suffer. I was a kid like that, and I think it’s something that we all feel through childhood. And obviously, there are a lot of other elements to the film, but I feel like in this moment, in this time, it felt like a story that was ready to be told.

You’re between these two tent poles with “Jurassic World” and then “Star Wars: Episode IX” coming up; was it important to have this little passion project squeezed between the two?
It was. As opposed to it being about making a small film, I just wanted to make an original film. I feel a certain responsibility to the audience to not just make new versions of things that we loved when we were children, which I’m honored to do and I love doing, but to make films that hopefully offer something new, and challenge people to look at story in a different way. And even on a selfish personal level, to communicate to the audience what I stand for as a filmmaker and who I am, because I think you have to establish a relationship that will hopefully last overtime. I feel like when I’m 65 and still making movies and I want people to go [see them], I need to give them a reason now.

When you are fleshing out a film through auditions, what really impresses you in the audition room?
In the end, the reality is it’s going to be the instinct, what the director feels, in the same way that if you’re in a crowded room and you look across that room and you connect with one person and no one can really understand why except you and that one person; I think that same relationship exists between actors and directors. I think we all know. Anyone who’s been on an audition, and I’ve been on them myself when I was younger, whoever the director is will definitely decide who gets that part. It’s a matter of chemistry, it’s a matter of compatibility on a level that we may not be able to totally understand. But I think that’s what can make it so frustrating for an actor sometimes, and also what can [lead to] victories.

In terms of measuring that compatibility, do you have any certain regimen in the audition room?
Well, I don’t do a lot of auditioning for leads because I feel like I’ve seen enough of people’s work that I can make choices, but if there’s characters that have to have, in this example [“The Book of Henry”], a brother relationship, it’s fantastic to see them together. I did have Jacob tape just because what he had to do was so difficult, but everybody knows that kid is beyond talented. I did put the two kids in “Jurassic World” together just to see if they felt like people who’ve known each other their whole lives, if they could find that place. And we put these two boys [from “The Book of Henry”] in a hotel room together for awhile before we started shooting, and they built Lego sets together, and we tried to recapture a whole shared childhood in a very short period of time, which really worked!

With kid actors in particular, are you pretty hands-on? Is there a lot of dialogue in terms of characterization or how an actor’s approach will affect the material, or is it more on the actors to navigate that personally?
I think it depends. Maddie [Ziegler, who also stars] hadn’t had a lot of experience acting, so I spent a little bit more time working with her just to make sure she felt comfortable. But my process with actors is to rehearse enough so that they feel like they can know what their character would do in any situation—that they could answer that question no matter what it is and that they feel comfortable delivering any material I give to them as their character. Because in the filmmaking process, you do change the lines and you do go through iterations of any scene, so for them to just be able to know the soul of the person that they’re playing really is the criteria. Beyond that, we have a little exercise that we do, especially with the kids, that’s very simple: Every time we shoot a scene, we’ll say, “How did I feel in the scene before this? How am I gonna feel in the scene after this? And how do I feel right now?” And if you can answer all of those questions, I think you can do any scene and feel pretty safe.

You’ve been in a place now where you’re making a film like “The Book of Henry” for $10 million versus something that is a massive blockbuster like “Jurassic World.” Do the larger films pose any particular challenges for your actors that the smaller ones don’t?
Well, one big challenge is that you’re acting against something that isn’t there. It is very difficult to go beyond just false reaction when you don’t have anyone to play opposite of. And oftentimes on these movies, you’re in some cases surrounded by green, but even if they’ve built you a set, you’re acting against a tennis ball or some kind of inanimate object. I acted a lot when I was young, when I was a kid all the way through my teenage years, so I’m familiar enough with what actors need, and one of them is another person to engage with. That is, I think, the biggest challenge of these larger movies: They often don’t offer you that.... You have to use your imagination. I know actors are good at pretending, but that’s another level. You know who I think is actually better at it than anyone in the world? Bryce Dallas Howard. She can act across something that isn’t there better than anyone I’ve ever seen, and you can see it in the performance.

What is one thing you now know as a filmmaker that you wish you knew when you first graduated NYU and got your start?
It’s always a tough question to answer because my first instinct is to say, “Live your life and have experiences that are diverse and challenging and enrich you. Travel and make mistakes and all the things that make you a human being.” Especially as an actor, but also as a director, there’s just no way that you’re going to be able to capture the human experience if you haven’t lived it. But then the flip side of that is that if I had traveled around Europe for six years as opposed to practicing my craft and sitting in a room and writing, I wouldn’t be where I am. So there’s a bit of a trade-off, but hopefully you can find a balance. But, you know, I’ve really tried. I married relatively young and we had two kids. I try to embrace all the experiences that life offers to at least allow these films to come from a point of view of someone who has truly been alive.

Benjamin Lindsay
Benjamin Lindsay is managing editor at Backstage, where if you’re reading it in our magazine, he’s written or edited it first. He’s also producer and host of a number of our digital interview series, including our inaugural on-camera segment, Backstage Live.
END_OF_DOCUMENT_TOKEN_TO_BE_REPLACED