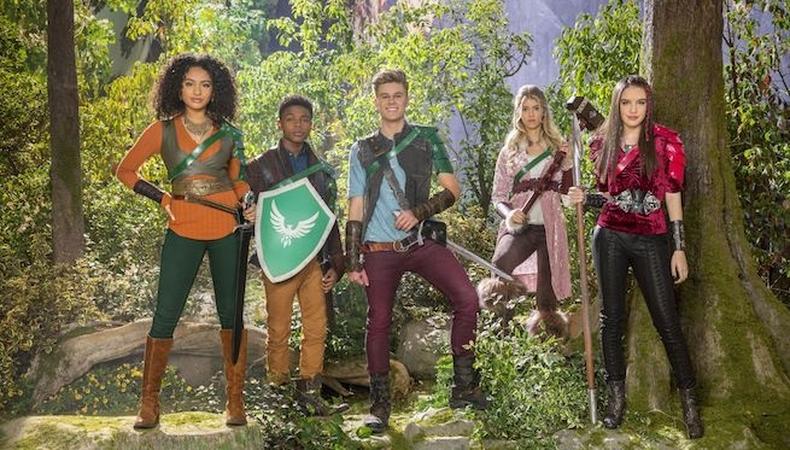 What has sorcery, a princess in disguise, a quarter-giant, sword fights, and premiers this Saturday, Feb. 24? Nickelodeon’s newest show, “Knight Squad,” of course. Featuring a cast made up almost entirely of talented young actors, the show follows the journey of four knights-in-training at a magical school and all the hijinx that ensue.

In the run-up to the show’s premiere, Backstage visited the set to spend some time with the cast and crew and see how the magic happens (literally). As half of the Phoenix Squad, Owen Joyner (Arc) and Amarr M. Wooten (Warwick) share some of their most memorable experiences on set, how they know an audition didn’t go their way, and the joy of getting to play with swords every day. They also both happen to be Nickelodeon vets (“100 Things to Do Before High School” and “The Thundermans,” “Splitting Adam,” respectively), so they know a thing or two about what it takes to land a role with the network. 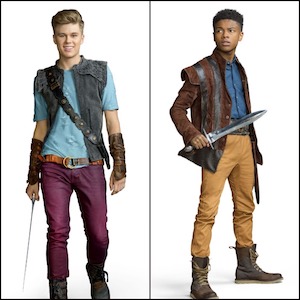 An excited cast and crew can make or break a show.
Owen Joyner: We have a great crew and a great cast. We’re all really excited to be here. Sometimes you’ll go on sets and people are moping around, working for the weekend. But I think most people here actually genuinely are excited to see us and excited to be here.

Stuntwork is as fun as it looks on TV.
AW: We’re doing stunts every day. It’s really cool. I’ve never held a sword before this but it’s been pretty cool, the stuff we get to do. We’ve been doing stuff on harnesses, which wasn’t super-fun because it’s not super-comfortable, but it looks cool!

OJ: We did a five-day training course. They took us to a giant soundstage that was empty and had mats and mini-trampolines set up and a bunch of different weapons lying around. It was super-cool. We got to learn how to use the swords....It’s been crazy. I get really excited when they’re like, “Hey, just throw that roll,” I’m like, “Yes! Sweet. Finally.”

READ: How to Get Cast on a Disney or Nickelodeon Show

Always read the whole script before an audition if possible.
OJ: The first thing I do is go through the script if I’m given the entire script. Sometimes we’re given sides, some things will be x’ed out—always read those if you want a backstory on a character. It’s the best way. Sometimes they’ll do it on purpose, give a really thin X so you can see it—that’s definitely for backstory. So I go through the entire thing and I take notes on the first emotions that pop into my head [as I read].

AW: I read the script, I go over it, I go to the audition...Whenever I go to an audition, in the car, I’m always blasting music like Kanye West, people that pump me up. I won’t talk in the car. I get really nervous but I love being nervous, that’s how you know you want it...I like getting nervous, it shows that I care. The day I stop getting nervous is probably the day I stop caring about acting in general. I love it so I get nervous all the time.

OJ: It’s funny. During an audition, you know, “These people want me to do good.” Casting is trying to find someone just as much as you want it. But no matter how much you think about that, I still get so nervous.

It is absolutely not necessary to live in Los Angeles.
OJ: I live in Oklahoma, so everything I’ve ever done is self-tape. I’ve done, like, two live auditions. People who say you have to be in California, you have to do this, you have to do that...I don’t think it’s true. I think if you work hard enough, you can definitely do it anywhere you are, especially with today’s technology. You definitely don’t have to be in California.

AW: Being in DC, I used to go out to New York but I didn’t need to be in New York. You can be anywhere.

You can sometimes tell when casting didn’t love your audition.
OJ: I mentally check out after a bad audition. My worst one...I walked in and every guy there was probably over 230 pounds, 6’1, and I was like, “Why am I here? I’m definitely in the wrong room. This is for WWE or something.” I tanked it. [Casting] was like, “Oh...ok. Thank you so much.”

AW: That’s how you know. When they say “thank you so much.” When they’re overly nice.

Auditioning is a process.
AW: [Auditioning for “Knight Squad”] was a very interesting process. It was a lot to go through. At my first audition, I went in with a girl auditioning to be Ciara. No one was laughing at all, we just didn’t vibe. I was one of the first people released after that—usually, if you’re released in the first group, that means you’re never getting called back—and I felt so bad for myself. And then four weeks later, I got another call saying they wanted to see me again. In my very last audition, I met Owen at the network “mix-and-match”—there are different groups of [actors reading with each other]—and the audition room was kind of ominous. When I was done, I didn’t feel anything. I usually feel, “Oh I killed it” or “Oh I didn’t feel that.” But they literally called me 15 minutes after to tell me I got it.