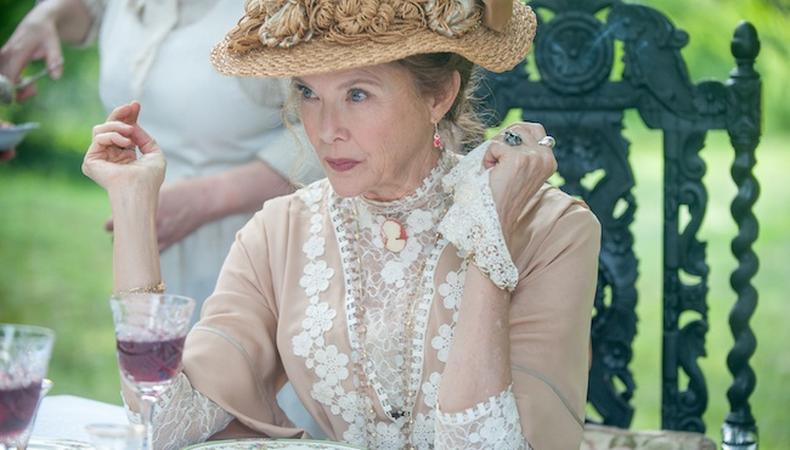 Anton Chekhov died at the start of the 20th century, just before the advent of the motion picture. But Michael Mayer, the Tony Award–winning director (“Spring Awakening”) who returns to the screen this month with his feature film adaptation of Chekhov’s “The Seagull,” is certain the playwright would have adored the form.

“Chekhov, weirdly, would’ve loved motion pictures, because the camera can get inside someone in such a deep way,” Mayer says, speaking to the disparity between stage and screen performance intimacy. “One of the biggest challenges in the theater—and it’s a challenge that I love very much—is your job is to constantly direct the audience where to look and how to receive stuff. When you’re making a film, you’re a complete dictator and, in that sense, you’re a little bit of a writer, as well.”

Mayer’s vision is intrinsic throughout the entirety of “The Seagull” and its setting on a sprawling country estate. Featuring an adapted screenplay by Tony winner (and Chekhov enthusiast) Stephen Karam (“The Humans”), the film pushes its caliber of talent to off-the-charts explosiveness. Annette Bening stars as aging actor and matriarch Irina, alongside one of the most stellar onscreen ensembles in recent memory, including Saoirse Ronan, Elisabeth Moss, and Corey Stoll.

“I was learning as much from these actors about these scenes as they were learning from me, believe me,” says Mayer, who got Bening to unofficially sign on to the film over Chinese food at her home in Los Angeles. He carried equal weight in casting the rest of the film—a level of involvement that he calls “appropriate and right,” particularly for a Chekhov piece, where the shared understanding between actor and director is nonnegotiable.

“Because the very nature of the text is deliberately ambiguous, it really is incumbent on the director and the actors to come to an agreement about what the subtext is,” he explains. “Between each take, you want to have the conversation and the basic agreement about what the character is trying to do in the scene and what the arc of the whole character is. It’s the same thing you would do with any play, but because so much is between the lines with Chekhov, it becomes really crucial that you get lots of different takes.”

With Chekhov or any other text, Mayer says directing actors onstage is essentially no different than directing them for the camera, save for the technical advantages that film possesses. “It’s just a different way of paving because you let the camera into what you’re doing as opposed to sending it out all across the [audience],” he says. “It’s the same color, just in a slightly different hue.”

Though directorial duties in relation to actors are similar in any medium, the broader feats necessitate different skills, and Mayer’s initial transition from directing theater to directing film required intensive on-the-job training. “The very first day, there was a gigantic learning curve and I had to just rethink everything I was doing,” he says, speaking about his first film project, “A Home at the End of the World.” “It was trial by fire. I will say this: Working in the theater actually prepares you for anything. Being a theater rat, I was prepared to cope with anything that got thrown at me—and a lot was thrown at me.”

Ultimately, Mayer’s skill set as a director is most finely tuned, he says, thanks to his ability to listen. “Make work wherever you can, on whatever means you can, and see everything,” he advises aspiring directors. “Read what the new, young writers are doing and really understand what your contemporaries are thinking about and what stories they’re dreaming. Honor the vision of those writers. That’s your job as a director.”

Casey Mink
Casey Mink is the staff writer at Backstage. When she's not writing about television, film, or theater, she is definitely somewhere watching it.
END_OF_DOCUMENT_TOKEN_TO_BE_REPLACED