States Weigh the Efficacy of Film and TV Incentives 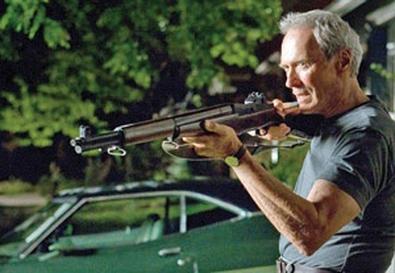 Photo Source: Warner Bros. Pictures
When Gov. Rick Snyder of Michigan slashed the budget last spring for his state's generous film and television production tax incentive program, he drew heavy fire. Michigan's program had been praised by both Hollywood and Detroit as a boon, helping to create a relatively small growth sector in the state at a time when most industries had been doing the opposite of growing. A study by Ernst & Young—and commissioned by several Michigan tourism agencies—found that in 2010, the state spent $117.2 million on tax incentives and generated $503 million in economic activity as a result.

But Snyder, a Republican who had vowed to crack down on tax relief for big business, cut the program's budget to $25 million—a fraction of its typical annual expenditure since it went into effect in 2008, and well below what many felt would be necessary to hold Hollywood's interest. The result, according to those who backed a robust incentive program, has been disastrous.

"We very suddenly found that we were not getting any new large-budget films," said Marcia Fishman, executive director of the Detroit branch of the Screen Actors Guild. "It turned into what we would call more work under lower-budgeted film." Shortly after Snyder announced plans to cut the tax credits, Marvel's big-budget production "The Avengers" scrapped plans to shoot in Michigan. "We probably would have had that had the incentive not changed," Fishman said.

She added that since the tax credits began, she has seen actors who had departed for Los Angeles return home, where they found work plentiful and in some cases even bought homes. Since the program was scaled back, she has seen evidence of the reverse occurring.

But the issue has hardly been put to rest. A push is currently under way in the state Legislature to replace the tax incentive program with a grant-based model, one that the state's Republican Senate majority leader has said should receive as much as $100 million in annual funding.

"Having built a state-of-the-art studio with seven sound stages, [infrastructure] is not going to be the issue," said Howard Hertz, a Michigan-based entertainment lawyer, referring to Detroit's recently opened Raleigh Studios facility. "The issue is, are there going to be state funds to help support the industry and get it rolling again?"

Michigan is not the only state where tax incentive programs, which became popular in the last decade and led to the development of emerging production markets in states like Louisiana and Georgia, have become the subject of intense debate. Gov. Chris Christie of New Jersey famously axed a tax credit for the MTV reality program "Jersey Shore" in September. In May, the ABC drama "Body of Proof" decamped from Rhode Island to California after the Ocean State's governor threatened to eliminate his state's incentive program. "Body of Proof" secured a tax refund in California, where the future of that state's incentives were in doubt until October, when Gov. Jerry Brown extended the $100 million-a-year program through 2015—over the protestations of advocates who pointed out that the state is in the process of cutting funding to schools and other social institutions.

While industry organizations such as the Motion Picture Association of America and unions such as SAG and the American Federation of Television and Radio Artists have lobbied hard for incentives across the country, critics of the programs are not hard to find.

"They don't work," Joseph Henchman of the conservative Tax Foundation told Back Stage in June. "They don't create jobs—at least permanent jobs. They're not effective at creating lasting economic development. And states have better priorities, whether they be using the money for other spending priorities or leaving it with taxpayers." Recent studies by the Tax Foundation—which in June released figures showing that the number of states investing in incentives declined this year for the first time ever—and the progressive Center on Budget and Policy Priorities appear to reinforce that sentiment.

New York state offers one of the nation's most well-funded programs, giving $420 million in tax credits on below-the-line expenditures to qualifying scripted film and television projects each year. Holter Graham, president of AFTRA's New York local, bristled when he spotted a recent New York Times column calling the state's commitment to incentives a "particular lunacy" and the sector that benefits from them a "glamour industry."

"We're the 99 percent, if you want to frame it with what's on everybody's lips these days," Graham said. "These credits very specifically go to the middle class that is the entertainment industry. They go to me and they go to set designers and catering people and mechanics. What we're doing is creating an environment where businesses will come into New York and spend a lot of money and hire lots of New Yorkers."

Graham linked, in part, the uptick in television shows being produced in New York to the state's tax incentive program. (New York City was home to a record number of pilot shoots this year.) He emphasized the quasi-permanent nature of TV production, where a long-running show such as "Law & Order" can become a fixture in a community, versus film, where a production brings in cash on a more short-term basis. He also dismissed the often conflicting studies touted by incentive supporters and detractors, noting, "This is America, and if you have enough money you can get an expert to say anything and, to some extent, prove it." He pointed instead to the increased amount of work he has been seeing in New York for AFTRA members.

But it's not just AFTRA members working in TV who have seen an increase in job opportunities in New York in recent years. According to a 2010 report by the state comptroller, the number of jobs and the level of wages in film and TV production in the state rose each year between 2004 and 2008. It was during that period that New York's tax incentive program first went into effect, though at a smaller funding level than it enjoys now.

Most backers emphasize that tax credits don't just benefit actors. At a time when state governments everywhere are looking to raise revenue but are skittish about hiking taxes, cutting incentive programs—particularly programs for an industry that can be easily linked to images of movie-star chic and excess—can look attractive. But supporters such as Mario Cilento, chief of staff to the president of the New York State AFL-CIO, contend that tax incentives are a boon for middle-class workers of all stripes.