Jeanine Mason on How to Stay Sane by Connecting to Gratitude 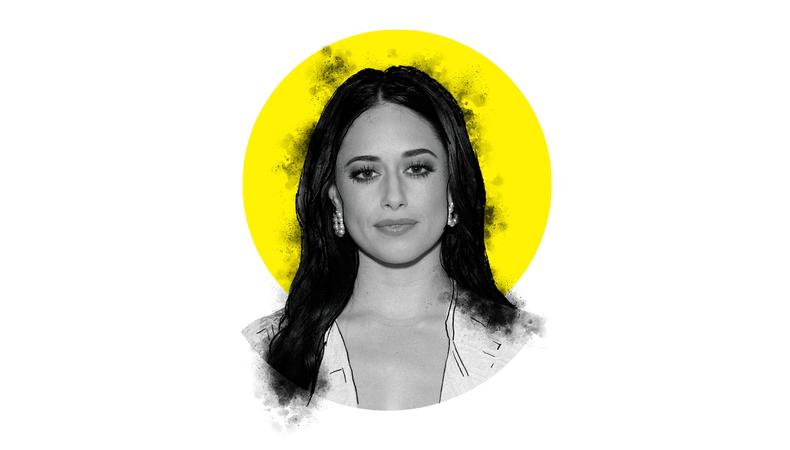 Jeanine Mason doesn’t see her career as having one big break, but rather a series of “baby breaks.” The first was the fifth season of dancing competition “So You Think You Can Dance,” which she won. The next was being cast as Dr. Sam Bello on “Grey’s Anatomy” Season 14. But perhaps the biggest of these breaks came this year with her leading role on the CW’s reboot “Roswell, New Mexico.”

How do you approach your role on this series, where there’s already a bit of a built-in fan base from the original “Roswell” and the book series?
Every job you do, regardless of what profession it is, it’s a family that you establish. And this one feels like it’s this support system, an outer ring, this family of people who were involved in the original series who have been so supportive off the top. Jason Behr and Shiri Appleby in particular have been so wonderful to us. Then there are the fans of the book series. Even Melinda Metz, who wrote the book series, has been so public about her support and how happy she is that the series is honoring the book more fully by acknowledging that it’s New Mexico and it’s Liz Ortecho and she’s Mexican-American.

How important is it to play a character who’s a first-generation immigrant in America?
It’s at the forefront of the work I’m trying to do right now. In terms of inhabiting the character, it’s been thrilling and intense and a big responsibility that I’m trying to honor as fully as possible. Liz is an American citizen, but her parents, her dad in particular, who you’ll meet in the first season, Arturo Ortecho, is undocumented. And to try to understand what that must feel like, to live every day with that fear that your family unit is at risk of being dismantled at any moment, it’s insane and feels like standing on unsolid ground. The second part is I’ve been working with a wonderful group of Latina women in the industry. We try to get together once a month—America Ferrera, Stephanie Beatriz and Melissa Fumero from “Brooklyn Nine-Nine,” [and] Gloria Calderón Kellett, who is the showrunner on “One Day At a Time” on Netflix. In what ways can I be an advocate to create space for access for people like me? I’ve been so grateful to have those women in my corner. They’ve been resources for me this entire season.

How do you keep from burning out?
Connecting to gratitude. Last year, I got to work on “Grey’s Anatomy” for a year, and I couldn’t have dreamed a more perfect form in which to step into being a lead of a show. I got to witness Ellen Pompeo, who’s been leading a show for 15 years. One of the things she said [is] you always have to be connected to gratitude. In those moments when you’re tired and it’s been three months of night shoots, you have to remind yourself how lucky you are to be doing the work. I’m just happy to be working and totally aware that I could go into a drought at any moment. When I am working, I feel such a responsibility to hold up my end of the bargain and represent.

Is there a responsibility that comes with being the lead on your own show? Was there anything you took from working with Ellen Pompeo?
She is someone who is constantly educating herself and checking herself to ensure that she’s using her power and her privilege for the betterment of her community. I try in my tiny way to emulate that. I love how she works as an actor. I kid you not, every scene is a scene in which there’s an opportunity to elevate the material, and I try to do that with every scene on our show. I have great partners in that. All of the actors on our series are pros and have done several series before. Nathan Parsons, who’s Max in this iteration of “Roswell,” is my partner in crime and every day we are in conversation and we go home to be on the phone in conversation about what we can bring to the material for the next day.

What has your latest role on “Roswell, New Mexico” added to your acting skills?
Physically, it’s been interesting. It’s forced me to take care of myself in a way that I’m not generally good at. You can’t falter at that when you’re in almost every scene and you’re in every day for six months. The biggest thing for me is filling up the well—that’s what my acting coach always tells me. When you’re working constantly, all day, you’re extending. It’s important to think, What am I putting into myself to replenish my creativity and to have to pull from?

What advice would you give your younger self?
The main thing is, nothing is wasted—no bit of information digested, play read, conversation with an actor friend over coffee. Even when you’re not working and you feel like [you’re] wasting time, no time is wasted.

How do you typically prepare for an audition?
I don’t think of auditions as going in to get that particular job. I take it as a meeting, as going in to make a connection with a casting director or reconnect with a producer. I find most of the time, when I do get a job, it’s because I’ve delivered three times with someone in this production. It takes the pressure off exactly what you’re doing. As desperate as we can be and need the gig in the moment, you’re laying the foundation for the gig [that] is coming.

Would you say GO Casting, who cast you in “Roswell, New Mexico,” is the casting group that gave you your big break?
It’s all little breaks. I did not think I was walking into this pilot season to land a show that I would be the No. 1 of. But sometimes you need people to see it in you to really claim it for yourself. “So You Think You Can Dance,” that was my first job when I was 18. That was a baby break. Getting “Grey’s,” that was a baby break. They all line up to put you in a position to get a job that can really change the way you’re seen by a significant number of people in the industry.