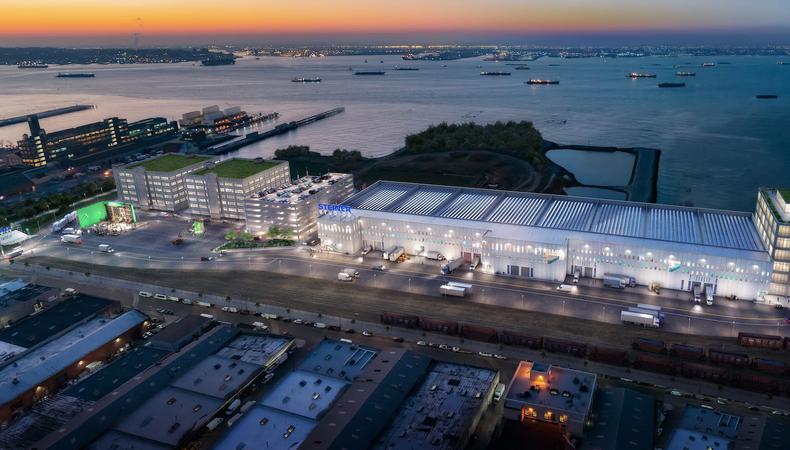 New York City–based film and television production company Steiner Studios, which is responsible for award-winning shows such as “Pose” and “The Marvelous Mrs. Maisel,” have announced plans to  build a second production lot in Sunset Park, Brooklyn. It is expected to be completed in 2025.

The new 500,000-square-foot entertainment hub is expected to bring 2,200 production jobs and 1,800 construction jobs. It will include eight soundstages located on the Made in New York Campus at Bush Terminal in Sunset Park. The project is supported by the New York City Economic Development Corporation and the Mayor’s Office of Media and Entertainment. The City of New York will put in $15 million in site preparation work.

“TV production is a thriving industry in New York, and this project helps jump-start the city’s economic recovery and growth,” said Doug Steiner, Chairman of Steiner Studios, in a statement. “We’re beyond thrilled to have been selected, and to bring 2,200 high-paying jobs and opportunities to Bush Terminal.”

READ: ‘One Day at a Time’ Showrunner Sees a Future Beyond Coronavirus

The new studios will also focus on training opportunities and advancing diversity within the entertainment industry. It will allocate $50,000 per year to train New Yorkers of color and women through the mayor’s office Made in NY Production Assistant and Made in NY Post-Production job-training programs. It will donate $250,000 over 10 years to a nonprofit that is supporting equity, diversity, and inclusion in NYC’s film and TV production industry. It will also fund a new training program for local high school students interested in production, as well as paid internship opportunities in stage operations, lighting and grip, and production facilities management.

“This new production hub builds on the City’s commitment to increasing access and opportunities for New Yorkers in the film and television industry with expanded soundstage facilities and centers for skilled job training and talent development,” said Anne del Castillo, Commissioner of the NYC Mayor’s Office of Media and Entertainment, in a statement. “Situated alongside tech and garment manufacturing in the heart of the Made in NY Campus, the new facilities with added soundstage space will strengthen our local industry and raise the city’s profile as a global creative capital.”

The first Steiner Studios opened in November 2004 at the Brooklyn Navy Yard. The new facility is expected to follow all COVID-related safety measures. Meanwhile, film and TV production has slowly started resuming in NYC, though principal photography isn’t expected to re-start for another couple of months.