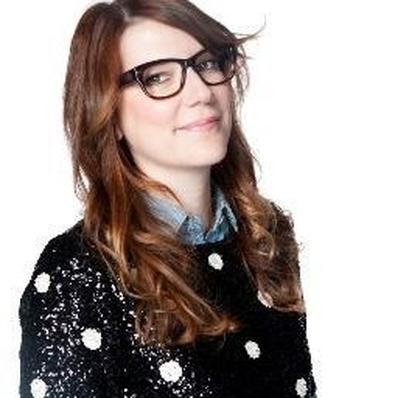 “There are some really easy, basic things you can do to improve your chances of getting a job writing for TV,” says Sara Schaefer, a comedian and host who has written for BestWeekEver.tv and “Who Wants to Be a Millionaire,” won two Emmys as the head blogger for “Late Night with Jimmy Fallon,” and was named one of Backstage’s “10 Comics to Watch” in 2011. Now she’s sharing some of these simple tips for her peers.

Schaefer and fellow comic Nikki Glaser begin hosting their new late night talk show “Nikki & Sara Live” on MTV this month, and Schaefer says the experience of hiring comedy writers for her own show taught her more about how to get hired as a TV writer than all her prior years of experience. Schaefer shares the advice she never got in “Things To Consider When Submitting To Write For A Late Night Show!,” hoping to help other aspiring comedy writers follow their dreams.

Below are Schaefer’s 10 tips for a successful writing packet submission, with selected excerpts from some of her explanations. (For her complete list and detailed advice, plus insight about how Schaefer and Glaser hired the “Nikki & Sara Live” writing staff, read the entire post at SaraSchaefer.com.)

2. Do not use tiny, weird, or hard-to-read fonts.
“Remember that whoever is reading your submission is most likely a comedian or comedy writer, which means they most likely have poor vision from years of not being good at sports.”

3. Realize that your packet may be read in paper form.
“I was given a gigantic binder of packets printed out. So guess what? All those links you included in your packet? I didn’t click on them.”

4. Think about formatting so we don’t have to.
“The reader should be able to skim from joke to joke easily. They should know when one idea ends and another begins. AND FOR THE LOVE OF GOD DO NOT SUBMIT A PACKET IN ALL CAPS. YOU WILL COME ACROSS AS SOMEONE WITH ANGER ISSUES AND/OR A METH PROBLEM.”

6. Do I even need to tell you to spellcheck that shit?
Apparently she does.

7. Keep that shit tight.
“Be concise. Be clear. Monologue jokes should be short—like 2-3 lines max.”

8. Write your joke. Then write it again.
“Turns out, the first joke that comes to mind about a current event is probably similar to the one everyone else will make... Make it special. Give it a second pass and come up with an alternate angle or wording.”

9. Do not recycle a packet you wrote for another TV show.
“The comedy world is small. We know what other shows are hiring and what their packets look like... Definitely submit your best ideas, just make sure your packet looks like it’s meant for the show it’s being submitted to, i.e. do not submit a ‘Top Ten List’ to Leno.”

11. Write constantly, submit often.
“Submitting is an art in itself. The more packets you do for all types of different shows, the better you’ll be.”

“Remember: anything you do that distracts us from getting your jokes will hurt you,” Schaefer warns. “We should only be noticing how funny you are.”

To evaluate the hundreds of writing samples they received for “Nikki & Sara Live,” Schaefer and Glaser opted to review each one as a “blind” submission, meaning they did not know the name, gender, race, résumé, or representation of any writer under consideration. As a result, they hired a staff of seven writers that includes three males and four females, four of whom didn’t have agents and three of whom Schaefer had never met or even heard of before.

“While reading the mountain of submissions, I judged each packet with equal harshness, not knowing who they were,” Schaefer recalls. “I wasn’t imagining the material in the voice of the person who wrote it, I was imagining it in MY voice—and it really helped when figuring out who naturally fit our vibe. I wasn’t considering their gender, race, or coolness. I was just reading what they wrote.”

Of course, Schaefer reminds us, “Even if your packet is technically the best, it won’t help you get the job if you’re a bat-shit a-hole that no one wants to be around.”

Read “Things To Consider When Submitting To Write For A Late Night Show!” at SaraSchaefer.com, and also check out Schaefer’s advice to a young comedian and tips on how to find opportunities in late night TV.