3 Steps To Booking The Roles You Deserve 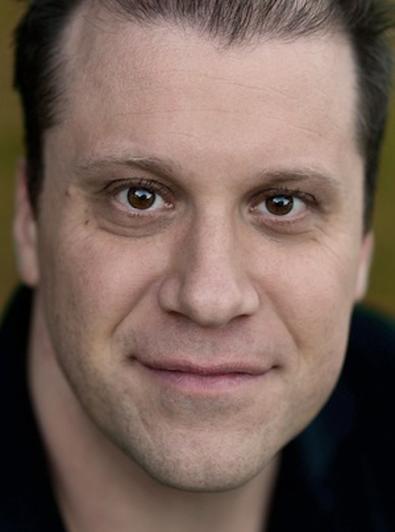 This success—not a byproduct of luck or forces of nature—was a direct result of all 68 actors honing specific, crucial elements in their audition performances.

These actors knew that reaching their “booked-role potential” was in part related to their ability to use aspects of their real selves—even if those facets of their personalities were bizarre, ugly, perverse, bitchy, alarming or downright creepy.

As Ron Perlman said, “I've always felt there were aspects of me that were monstrous, and you can either hide from it or confront it, embrace it and understand that those are aspects that make you unique and…that's the very thing that makes you who you are. That's your emotional and spiritual fingerprint.”

I like to call what Perlman is describing as one’s "tip." A tip is the unique fingerprint [or mark] of personality you leave on your performance. Here's how to make your mark on a performance and book the roles you deserve.

1. Figure out what your distinct "tip" is. A "tip" revolves around the idea of something extra you give to your performance without even trying—it’s something they’ve never seen before and didn’t know they wanted. That something extra is YOU, and it’s the elusive something about you that makes it possible for you to be memorable among a throng of actors.

One of my clients has an innate gentleness to everything she does—it’s just a part of who she is and how she has always interacted with the world. Thus, even when she’s reading for the part of a sociopath, she doesn’t try to bury that gentleness. Instead she stamps it on her performance to make it even more disturbing. Another client’s "tip" was simply that he exuded the vibe of a young Willem Dafoe—effortlessly. There was something about him that was always just teetering on the edge of creepy, even when he was just eating a sandwich.

Embracing your tip gives you such a profound advantage because it allows you to put your stamp on the character in a way that no one else possibly can. Bryan Cranston memorably describes auditioning for “Breaking Bad” and wanting to make a formidable impression on the creator, Vince Gilligan. “‘I wanted to go mark Vince,’ Cranston said to the Los Angeles Times in 2011. ‘I wanted to creatively lift my leg on him, and the script, and leave my scent so that he saw me and nobody else doing this.’"

2. Don't act your technique of preparation. When the role has been responsibly coached and prepared, the actual “acting” should feel as easy and effortless as if you were simply playing yourself. This can seem terrifying for two reasons. First, you won’t feel like you’re doing anything, and second, you may not feel you’re interesting enough. However, the end result is your work will appear seamless to the producer and director, and they’ll simply see the character as if he or she was a real person who happened to walk into the audition. That’s magical.

More directly stated, Apple co-founder and CEO Steve Jobs said, “A lot of times, people don’t know what they want until you show it to them.”

What’s certain is that “they” are not looking for a neat presentation of acting training, nor are they looking for a choice made on guesswork.

Whenever we’ve seen amazing performances, the acting techniques that these stellar actors have studied are nowhere to be found. Instead we just have people. New people who have been invented by these actors—characters we call them. All tremendous actors have gone through the task of bringing themselves to the part and taking their training, balling it up, and chucking it out the window.

Joseph Pearlman
Joseph Pearlman is a celebrity and on-set acting coach for Hollywood’s top actors, musicians, and comedians. He works with clients such as Zooey Deschanel, Skylar Grey, Michael Welch, and Julian Sands, and he also coaches presenters for all the major award ceremonies. Pearlman Acting Academy was voted the best acting studio in Los Angeles by the Backstage Readers’ Choice Awards.
END_OF_DOCUMENT_TOKEN_TO_BE_REPLACED