Steve McQueen on '12 Years a Slave,' and the Academy Awards 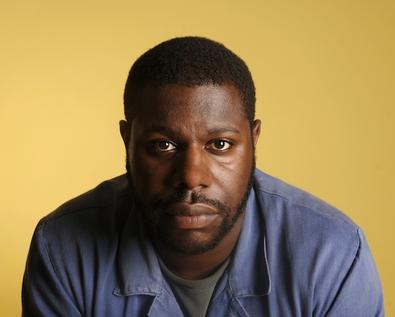 Nearing the 86th Academy Awards, “12 Years a Slave” director Steve McQueen is busy, naturally, when he calls for an interview with Backstage in the midst of his travels. With his picture nominated for nine awards, the London-born filmmaker says the past few weeks have been hectic, but “anything about acting, I’m talking about. That’s my bread and butter.”

With “12 Years a Slave” being only his third feature film, the director has made something incredibly powerful—a film that goes beyond the history of slavery, reaching deep and complex levels of humanity.

But he was not alone. The stars of the film, Chiwtel Ejiofor, Michael Fassbender, and Lupita Nyong’o are all nominated in their respective categories, proving the film not only succeeded in telling the story, but conquered the difficult task of making these characters human. McQueen says of his casting, “It’s an organic process really. It’s not just ‘yes, him’ or ‘yes, her.’ We all sort of have to know each other and then know why and what we’re doing and why we want to go so far.”

Fassbender and McQueen have been working together since 2008’s “Hunger.” Knowing full well that the “12 Years” character, slave owner Edwin Epps, would be a difficult one, McQueen was certain Fassbender could do the role justice. “I think the only person that could match that complexity is Michael, because he has the power to bring a human being from a character who could possibly be one-dimensional. He gives Epps a soul, a heart, and he makes him a human being.”

And though the film is certainly heavy in its content, McQueen never thought it would be too much for audiences. “People are sort of more receptive to challenging narratives than people think,” he says. “Our movie has made $110 million, so it just shows you that people are interested to receive and engage in challenging narratives.”

“Its been an amazing year for cinema,” says McQueen. “12 Years” is one of many “challenging narratives” nominated for best picture. Of his fellow nominees, he says all of them have stuck with him in some way. “I think what’s happened this year [in film] hasn’t happened in a long time, and I think that’s why people are very happy about the nominations.”

“From catering to the sound department, wardrobe department, make-up department, camera department, electricians, and staffers—we all came together to make this picture and everyone was passionate about it.

“It was all about us coming together as a family, and it was a pretty rewarding experience.”