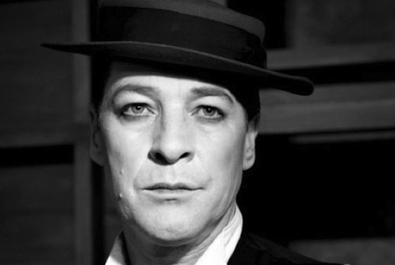 A play about the comic and tragic life of actor Buster Keaton, "Stoneface" was the big winner at the 34th Annual L.A. Weekly Theater Awards on Monday night. The show, honoring the best in Los Angeles theaters housing 99 or fewer seats, was hosted by the comic troupe Lost Moon Radio and held at The Avalon Club in Hollywood. The awards are voted on by critics for the L.A. Weekly, headed by theater editor and critic Steven Leigh Morris.

"Stoneface," presented last year at Sacred Fools Theater, went on to win five awards, including best director, best ensemble, best production design and best video/projection design. The show starred French Stewart as Keaton and was written by Stewart's wife, Vanessa Claire Stewart, a contributor to Backstage. It was recently announced that the show will be moving to the 600-plus-seat Pasadena Playhouse as part of their 2013-14 season.

Also a big winner was musical of the year "The Color Purple," presented by Celebration Theatre, which also snagged honors for Micheal Matthews for direction of a musical and Gregory Nabours for musical direction. "Deathtrap," produced by L.A. Gay & Lesbian Center's Davidson/Valenti Theatre, was named best revival. The playwriting award went to Steve Yockey for "Very Still & Hard to See."

PRODUCTION OF THE YEAR

MUSICAL OF THE YEAR

DIRECTION OF A MUSICAL

Dan Spurgeon, "Turn of the Screw," the Visceral Company at Underground Theater

Sarah Gise, "The Belle of Belfast"

Diarra Kilpatrick, "In the Red and Brown Water"

"Turn of the Screw," Amelia Gotham and Nich Kauffman

QUEEN OF THE ANGELS

John Zalewski, "Death of a Salesgirl"

Peter Bayne, composer, "In the Red and Brown Water"