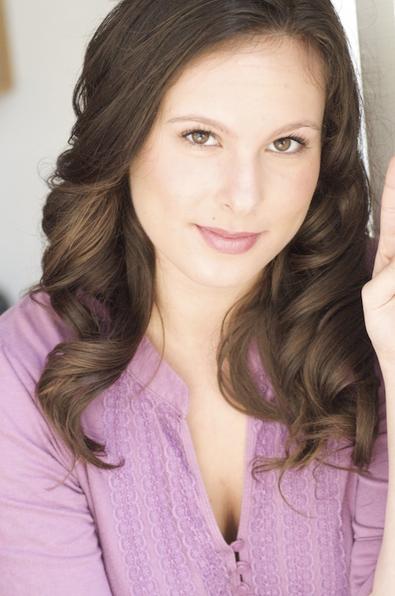 The only way for art to be relevant is to reflect its diverse society. When diversity is discussed, why is disability still excluded from the conversation? Alan Rickman explained, “Actors are agents of change. A film, a piece of theater, a piece of music, or a book can make a difference. It can change the world.” Art must be completely inclusive to change our world. President of the Academy of Motion Picture Arts and Sciences Cheryl Boone Isaacs just released a statement calling for inclusion concerning gender, race, ethnicity, and sexual orientation. Disability was glaringly excluded.

Since disability is rarely included in diversity initiatives, it’s time to start demanding inclusion. After all, many actors of different genders, races, ethnicities, and sexual orientations are also disabled. Those actors will be the first to say that the disability minority is still the most underrepresented and misrepresented in the entertainment industry.

People with disabilities make up almost 20 percent of the country. We are the largest minority and the only minority that anyone can join at any time.And yet only 1 percent of the roles on TV in 2015 were disabled. Those few disabled characters were almost always written as stereotypically inspirational or villainous, and non-disabled actors were cast in those roles while actors with disabilities continue to be excluded from roles written with or without a disability.

The way that I react to a person or situation has changed immensely since the loss of my leg, because living with a disability has changed my perception of others and of our world. It has given me a different perspective on virtually every facet of life from bathing, to sitting at a bar, to dancing at a wedding. The differences affect the way I move and interact with people every second of every day. A non-disabled actor is not able to understand or portray these subtle, but crucial differences. They don’t have the lived experience.

There are roles for actors with disabilities in theater, too. “Wicked,” “Violet,” “The Cripple of Inishmaan,” “The Glass Menagerie,” and “Richard III” are plays with disabled roles that are never cast with disabled actors on Broadway, and seldom go to disabled actors regionally. “Spring Awakening” didn’t originally include any actors with disabilities, but look at how masterfully disability has been integrated into the world of the revival; look at what we can bring to the table. Regan Linton noted, “As an actor with a disability playing a role that wasn’t written specifically to have a disability, I can subtly reveal how the original work excluded people with disabilities and bring a subversive type of advocacy to the stage.”

A production budget is not an excuse to keep an actor with a disability out of a role. Many of us don’t need special accommodations, and if we do, studies have shown that they are never as costly as the industry assumes. Audiences may not always see a non-disabled actor walk away from the wheelchair, toss aside the white guide stick, or take off the green screen leggings or sleeve after a performance; but they do watch that actor without fully realizing the impact of disability on humanity. My disability isn’t a costume I can take on and off like a prosthetic leg. When that leg comes off I am still disabled, even more noticeably since without the prosthesis I use crutches. Fellow artists, stop letting the entertainment industry put a price tag on equality.

When a script calls for a Hispanic girl in her teens who uses a wheelchair, why do we always end up casting a Hispanic girl in her teens without a disability in the role? Shouldn’t the largest minority in the country be included in the casting process? If this specific wheelchair user isn’t available, hiring an actor with a different disability would still create inclusion without changing the script. An actor with a prosthetic leg or cerebral palsy would possibly have some experience using a wheelchair. This kind of casting makes a role more complex and interesting to watch. Don’t be afraid to cast performers with disabilities, be afraid not to cast us.

Audiences go to the theater or turn on their TVs to see themselves reflected in an actor’s emotionally captivating performance. But as the playwright, Christopher Shinn observed, “Pop culture’s more interested in disability as a metaphor than in disability as something that happens to real people.” This leaves 20 percent of Americans still waiting to watch our real stories on stage and screen; to watch actors with disabilities play these roles, in addition to any role. Why can’t there be a mother, father, doctor, or lawyer who happens to have a prosthetic leg, like me?

We’re ready, willing, and entirely able to step, hop, and wheel into the spotlight.

Rachel Handler is an actor-singer-dancer and disability advocate. For more info go to rachelahandler.com.